The young Marquess of Kronstadt had arranged with Brother James to go into the city of Wittenberg for the evening .... 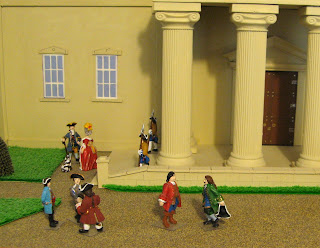 Have you seen Brother James ?
Ah yes, he's in the garden .. Marquess: There you are Brother James, shall we set off  ?
Br. James: Oh certainly .. 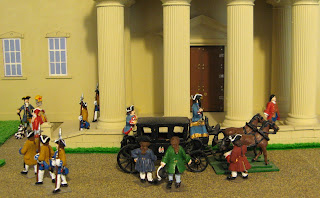 They take a coach into the city 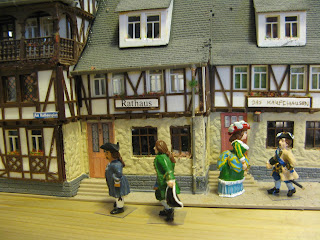 On arrival, a brisk walk down Konigstrasse 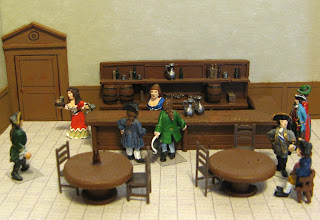 Into the Kurfursten arms for a drink to start the evening off
(Br. James has coffee, he's not supposed to drink) 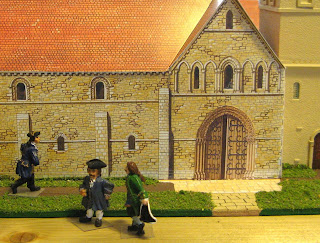 After a little walk,  they pause
Marquess: Where next ?
Br James: I know, the Blue Nun. We can watch a card game or somesuch .. 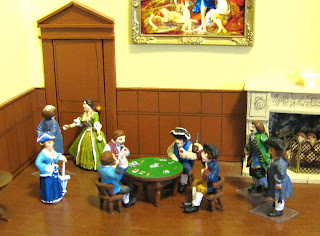 At the Blue Nun, they watch the card games
(and a have another drink or two - this time Br James has a small sherry) 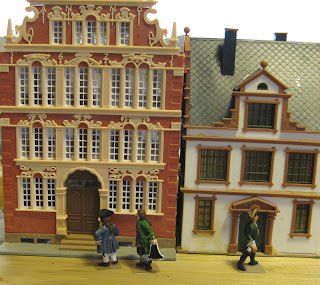 Next up the Guild House - a good place to spend the evening ...

It was along evening and they spent a lot of money and perhaps drank more than they should have (especially Brother James).

The next morning, one of the ladies of the court reported the sound of raucous singing to one of the palace guards - who dutifully reported it to the officer on duty. 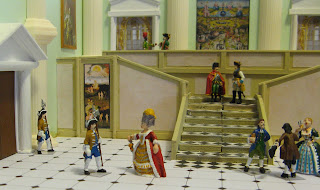 After some investigation, the source of the singing was located; the palace guard found Brother James and the poor worse for wear Marquess. 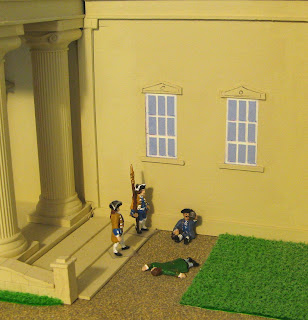 The officer tactfully quietened down Brother James and the two of them were taken to the guard house to sleep it off.
Posted by tidders2 at 05:55