A small group of Begovians have crossed the border into the Zinzendorf province, scouting possible routes for further raids ... 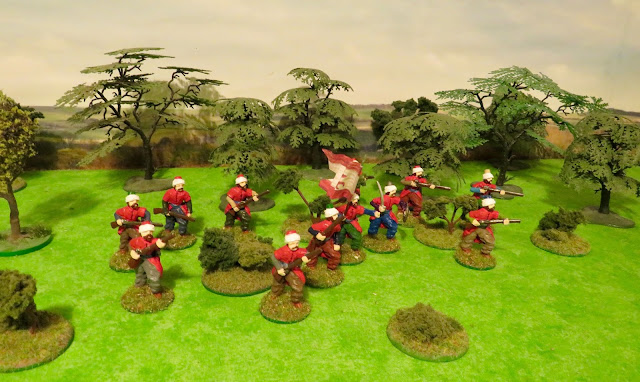 [new unit - painted up the converted figures from a couple of posts ago]
Posted by tidders at 05:40 4 comments:

Strange Birds for the Menagerie ...

The King, Count Munster, and a couple of members of the Royal Society have gone to see some new arrivals in the palace menagerie - some large flightless birds bought back from a European antipodean expedition. 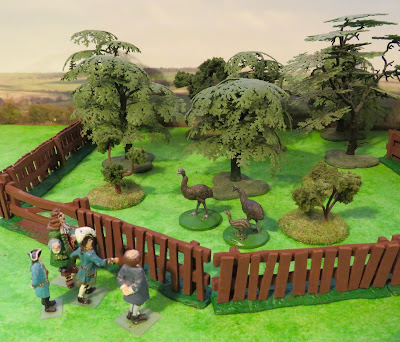 Received as part of a 40mm figure exchange with Ross Mac of Battle Game of the Month, twelve Ottoman foot figures (originally archers), which I am currently converting to being musket armed 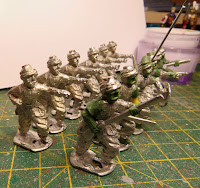 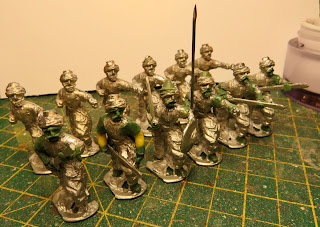 six done and six to go, will have to cast some more muskets. These will form a small unit in the Begovian army, based singly.
Posted by tidders at 07:02 1 comment: