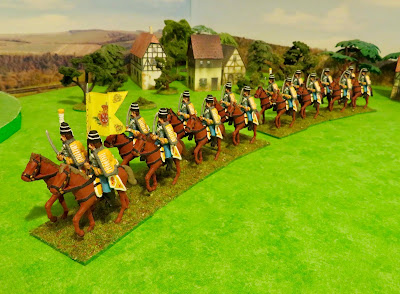 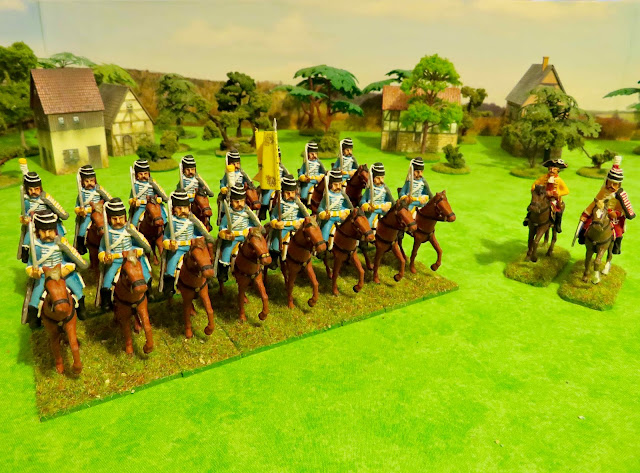 Something I've been working on for the couple of weeks are some extra masters to extend my home-cast range of 28mm figures. 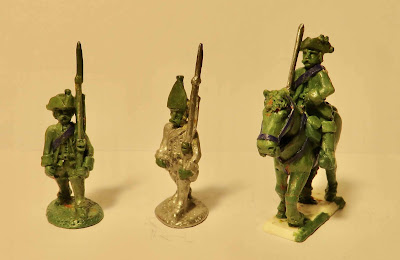 These were used to make figures for my Monrovian army refurbishment and to provide some extra units for my Duchy of Fenwick army.
The initial sets provided some basic figures that can be used as starting points to make new ones.  I eventually chose to go with some more generic style figures that I could think of using in the coming year.
The new figure masters....
1) kurassier, draught horse,  mounted officer 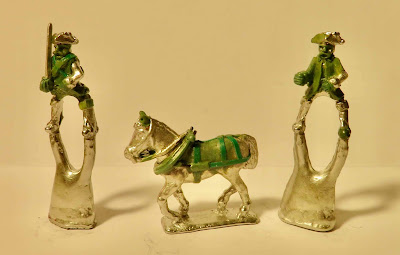 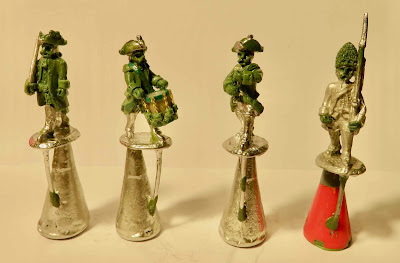 3) hussar and suitable horse variant, plus an advancing jager 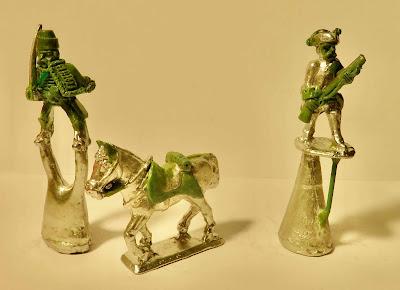 I've just started working on making the moulds. Perhaps first trial castings in a few days times.
I plan to use the new figures to raise some Freikorps additions to my 28mm armies.
Posted by tidders at 04:57 4 comments: