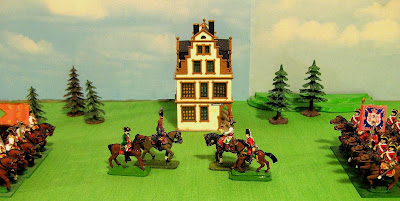 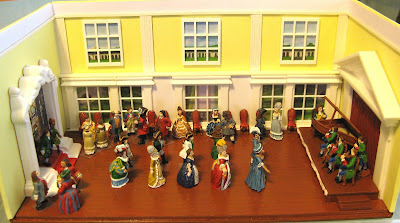 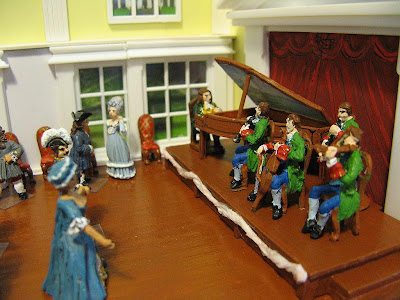 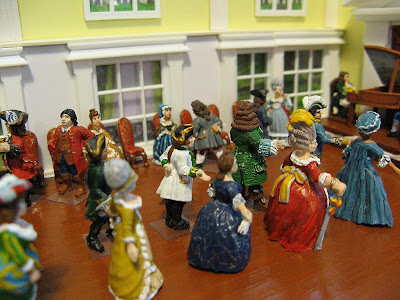 The last in these posts on 'how to' make the palace interior. This one is about planning the room out. Yes this should have been number one, but to be honest I didn't draw up proper plans for the other rooms, just jotted down bits on post-it notes as I went along. Really it is suit yourself with the planning, general idea is :
a. Write out a list of features for the room.
b. Sketch a view or views of the room, with some ideas jotted on it.
c. If needed draw plans of sections which require it with measurements, to enure you cut the parts up right for assembly.

I've started keeping a modelling ideas book, so I can jot/sketch things in as they come to mind.
Below is a sheet with the sketchs for the dual purpose Ballroom/Throneroom (click on it to see in full size) 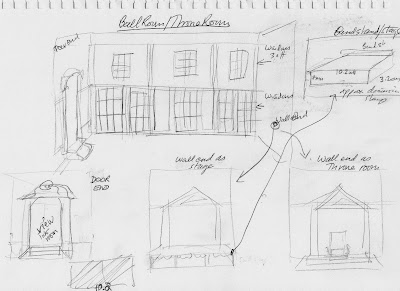 This is the room I'm currently working on, the basic room is done and I'm in the process of finishing it off, so any preferences as to which guise you would like to see it in first ? Ballroom or Throneroom.
Posted by tidders2 at 10:46 3 comments:

40mm : Saxe-Jarlsberg Troops on the move

Before tidying away the scenery from my last ECW game I decided to re-use the scenery to setup the troops for Saxe-Jarlsberg (Wittenbergs opponent in the border wars to the south-west). Currently have 3 battalions infantry, jager company,12 figs of  cavalry and 1 artillery piece. 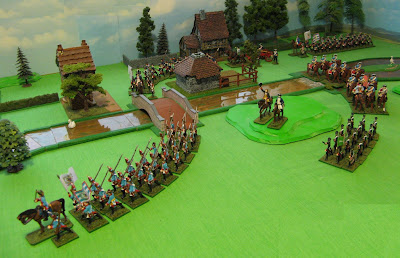 A closeup of the grenadier battalion ... 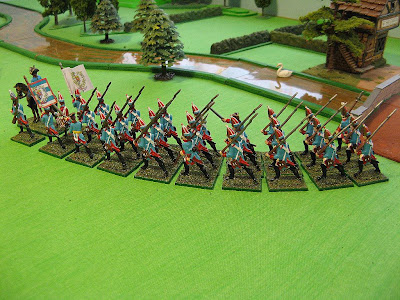 A look at the cavalry fording the river ... 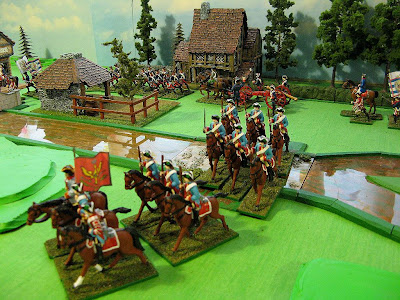 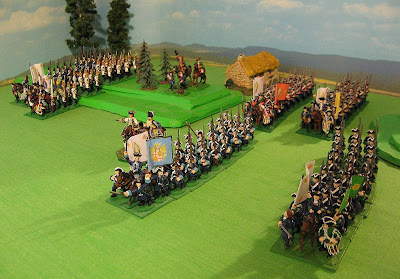 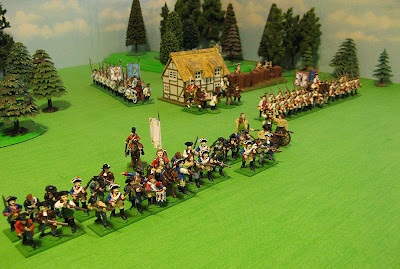 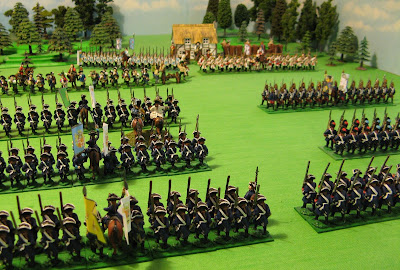 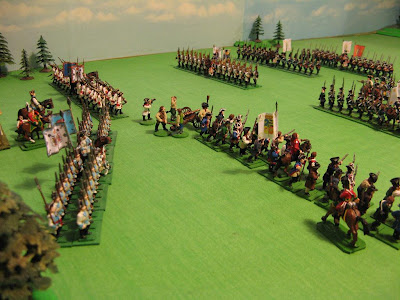 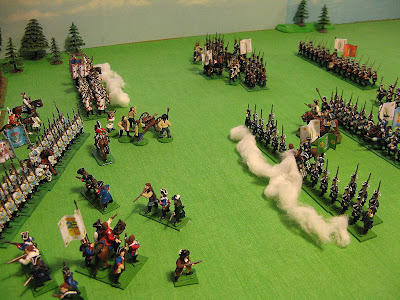 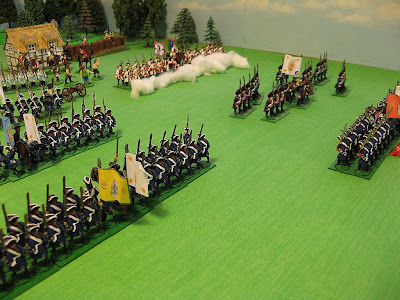 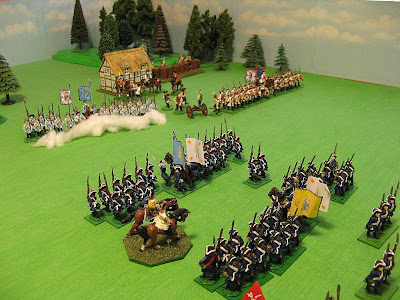 After finishing the chasseurs, I took the opportunity to lay the whole of my 40mm Freikorps out on the gaming table - nice to see a project completed - it comprises: a regiment of Uhlans, battalion of grenadiers, battalion of chasseurs and a company of jagers. 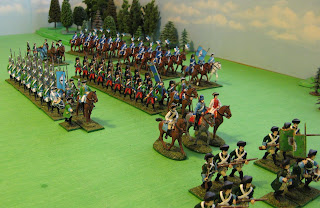 I will be adding a battalion of regulars later, which will complete the Wittenberg forces (in 40mm) for the Saxe-Jarlsberg border wars.
Posted by tidders2 at 02:50 5 comments: