In my searches for some guns for my ships, I found the Mantua ships cannon. A nice chunky barrel and gun carriage all for £1.60. Its a bit small for 40mm figs but about right for 28mm figs. 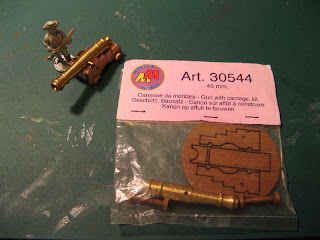 Useful for either a fortess gun or for pirate or other ships.
Posted by old-tidders at 08:11 2 comments: 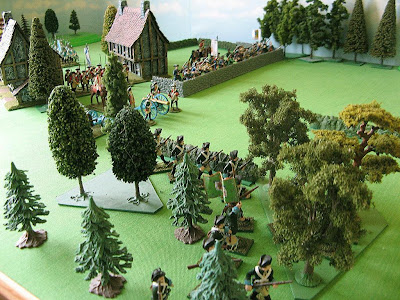 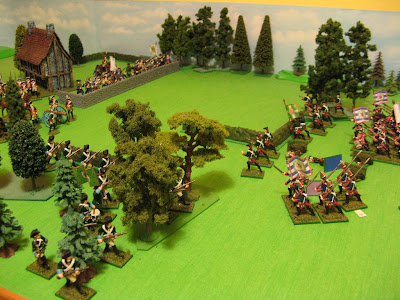 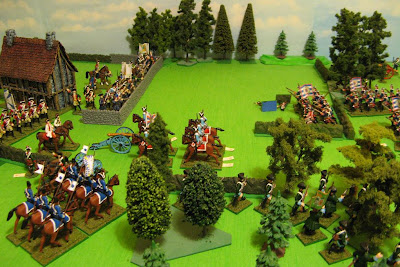 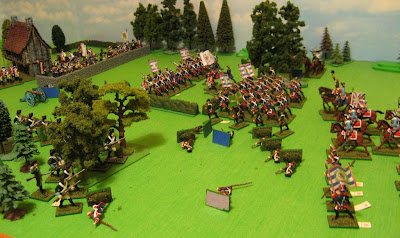 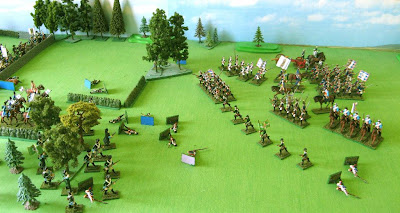 Afterwards
==========
General Waldebeck held back his forces from a pursuit, he was satisfied with having held off the
opposition. This would give time for the engineers to finish their work to enable more troops to get in via the gap in the hills at Hausdorf.
Count Pottensdororf set off back to Ottenheim, he needed to ensure General Sticknein new that Wittenberg troops were getting through the hills at Hasudorf. A larger force would be needed.
Posted by old-tidders at 04:48 4 comments:

A little bit of imagineering follows - excellent opportunities for gaming

-----oXo-----
Many years ago the Wittenberg merchants, using contacts made via the Duchy of Fenwick, bought large numbers of shares in the East India Company; also heavily investing in the Carribean sugar industry.

Due to these contacts adventurers and merchants representatives from Wittenberg and nearby states headed abroad to these 'lands of opportunity'. A trading presence was established on the Caribbean island of Jamaica; also in India at Calcutta. In both cases these growing communities existed under the protection of Britannia. Due to the increasing tension and conflict between Britannia and Gallia, in their attempts to control the Carribean and extend their influence in India, there had been a drop in profits. The merchants alarmed by their recent losses and the potential future losses, petitioned the King of Wittenberg for action. Since he too relied in part on these profits to finance the extravagances of the court, discussions were held with Brittania's ambassador, Lord William de Walloughby. A consequence of this was the drawing up of a treaty with Wittenberg and Fenwick for the following:

a. Provision of three battalions of infantry (with an option for a fourth), to be
known as 'His Britannic Majesty's Colonial German Legion'. These would serve in the
Carribean or in the Indies.

b. In addition the money to build and man a fast pursuit ship (with an option for a
second), to counter the predations of Gallian privateers in the Carribbean.
Posted by old-tidders at 05:17 2 comments:

After the battle at the Vortvod Gap, both sides re-assessed their strategies.

While the Wittenberg army regrouped after its defeat the Monrovian commander General Stricknein met in conference with Count Pottensdorf in charge of the Saxe-Jarlsberg contingent. After much discussion it was decided to:
1. complete the fieldworks at the Wortvod Gap and keep the bulk of the army to the north of
Ottenheim.
2. the grenadiers and the newly arrived infantry regiment at Vanderhof to moved north to
Ottenheim.
3. the river crossing at Vanderhof to be guarded by a militia battalion from Lower Belgravia.
4. despatches to be sent to army headquarters in Monrovia requesting cavalry re-inforcements.
5. In order to stop further attacks on supply lines to Vanderhof Count Pottensdorf was to take
all the Saxe-Jarlsberg troops and capture the town of Verlendt, then move to take Hausdorf in
order to block the narrow gap in the hills to the west of Ottenheim.

Over in the Wittenberg camp the Field Marshal and the King inspected the infantry regiments of the Boldavian army corps; then followed a heated discussion which eventually led to the
following plan:
1. Bring the Wittenland Army Corps south to allow for a possible attack on the Vortvod Gap.
2. The Guard Corp to be stationed to the north around Heidelheim.
3. Send a detachment through the gap in the hills west of Ottenheim and make contact with
General Waldebeck and his troops. Engineers were to accompany the detachment and assess what whether the army could pass thorugh the gap and outflank the Vortvod Gap position.

Count Pottensdorf set forth from Ottenheim with his troops, here we see them passing thorugh the hamlet of Freihausen .... 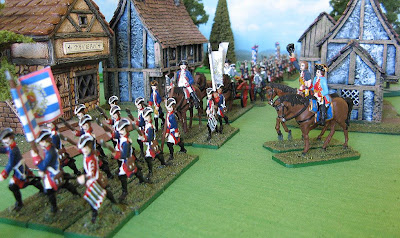 and onwards into the more open country beyond ... 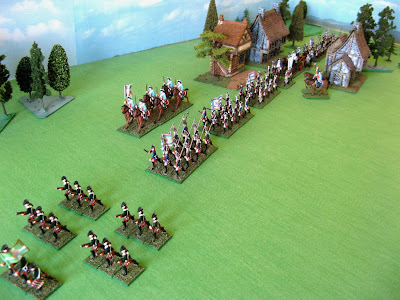 Uhlan patrols detected the movement of the Saxe-Jarlsberg troops, General Waldebeck commanding the Wittenberg troops at Verlendt decided to intercept them at Schnotwitz.
Posted by old-tidders at 05:05 5 comments:

As requested by Jeff some closeups of the staff figures from the previous post; hope you enjoy them. The Saxe-Jarlsberg staff, 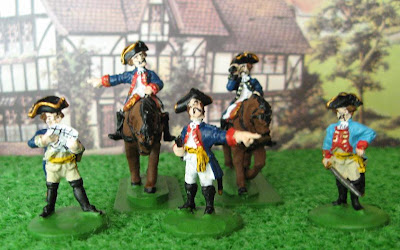 A wave and a hello from the Monrovian staff .. 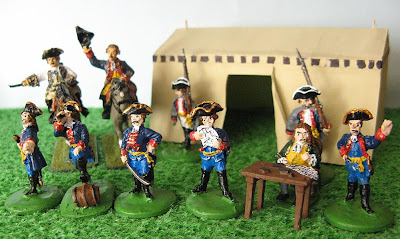 The Monrovian & Saxe-Jarlsberg Staff consult on their activities for the day during joint manouvres held in one of the southern provinces of Monrovia.

I've finished off the units needed for my next skirmish game. Firstly a company of Saxe-Jarlsberg dragoons . . 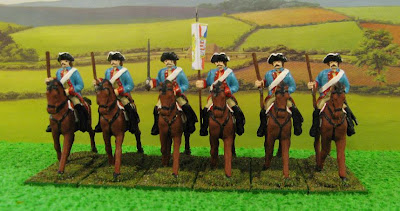 for the Wittenberg army, the grenadier company of the Wittenland Fusilers, 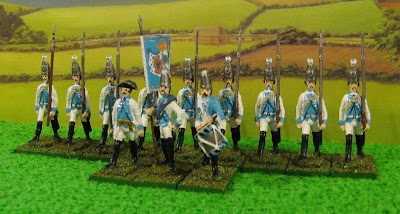 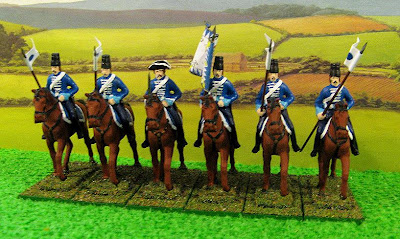 An outline of the scenario for the next skirmish game in the 3rd Belgravian Wars - the Monrovians despatch Count Pottsendorf and his Saxe-Jarlsberg troops to disperse the Wittenberg troops at Verlendt commanded by General Waldebeck.