40mm Sculpt & Cast - sorting out and finishing off..

After finishing the hussar I've been working on my 40mm sculpts. I revisited the mounted figures - Dragoon, Kuirassier and generic mounted Officer. A couple of fixes needed. 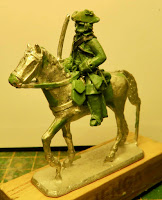 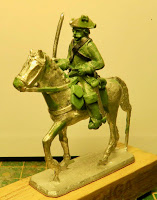 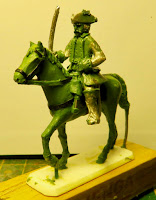 the Uhlan's coat and face has been reworked 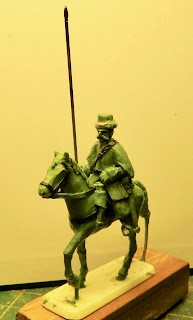 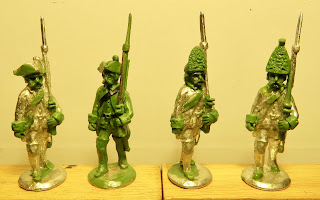 At sometime all of these will go into moulds (better finish other projects first :) )
Posted by tidders at 07:32 1 comment:

The King inspects the River Marines at Vanderhof ....

While a river marine patrol boat plies the waters of the river Oudear south of Vanderhof ... 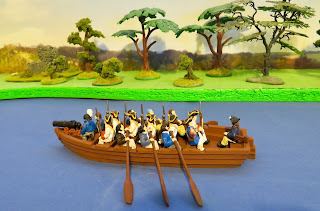 King Leopold is on the outskirts of Vanderhof reviewing the river marine regiment.. 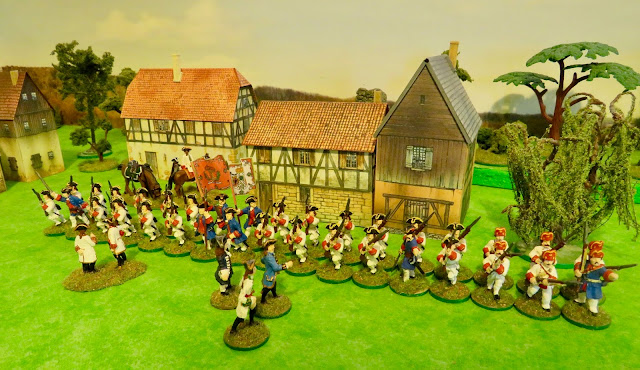 Due to the potential threat from Begovian raiders coming up the river Oudear, the regiment has been brought up to full complement of 4 musketeer companies and a grenadier company, issued with new uniforms and new standards. After completing his inspection of the river marines and the defences round Vanderhof, he will be checking the progress of the building of the new river galleys.
Posted by tidders at 11:29 No comments: