Count Pottensdorf had reached the capital of Saxe-Jarlsberg. The troops had returned to their barracks and the Count had sent a report to the Herzog. He was summoned to the palace a day later and walked in the grounds with the Herzog discussing the situation and the best way to re-build the army and outline future plans to re-take the Hoflandt .... 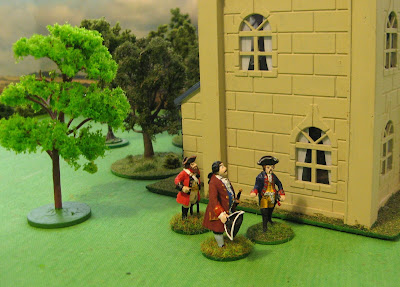 Meanwhile Hofler's pandours with a small detachment of jagers had started their regular duties - patrolling the border to the south of Hofheim. 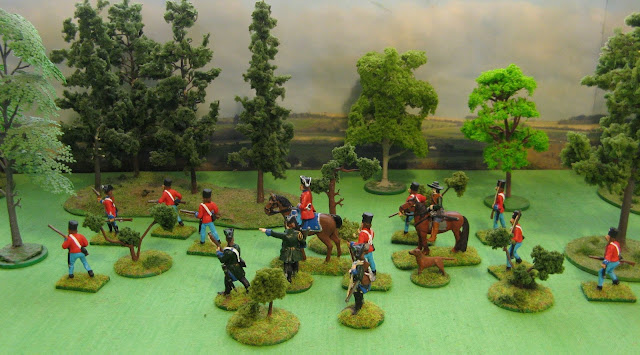 After the Batlle of Hofheim, the Saxe-Jarlsberg forces rallied and re-grouped at Sondheim. Count Pottensdorf on seeing the very poor state of the infantry and artillery decided to withdraw and return home.

They crossed the border without further incident, the Wittenberg dragoons had continued to shadow them to the border but had made no move faced with the superior number of Saxe-Jarlsberg cavalry.

After another days march the army divided,  the Comte de Chazelles and his Noverre Freikorps plus the Jagers would proceed to nearby Crestadt where they would monitor the northern border area; the rest of the army proceeded to the capital. 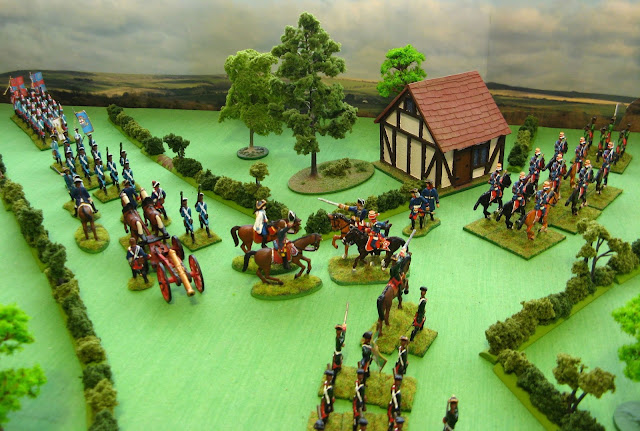