One of those jobs that never seems to end, cleaning all the palace windows ..... 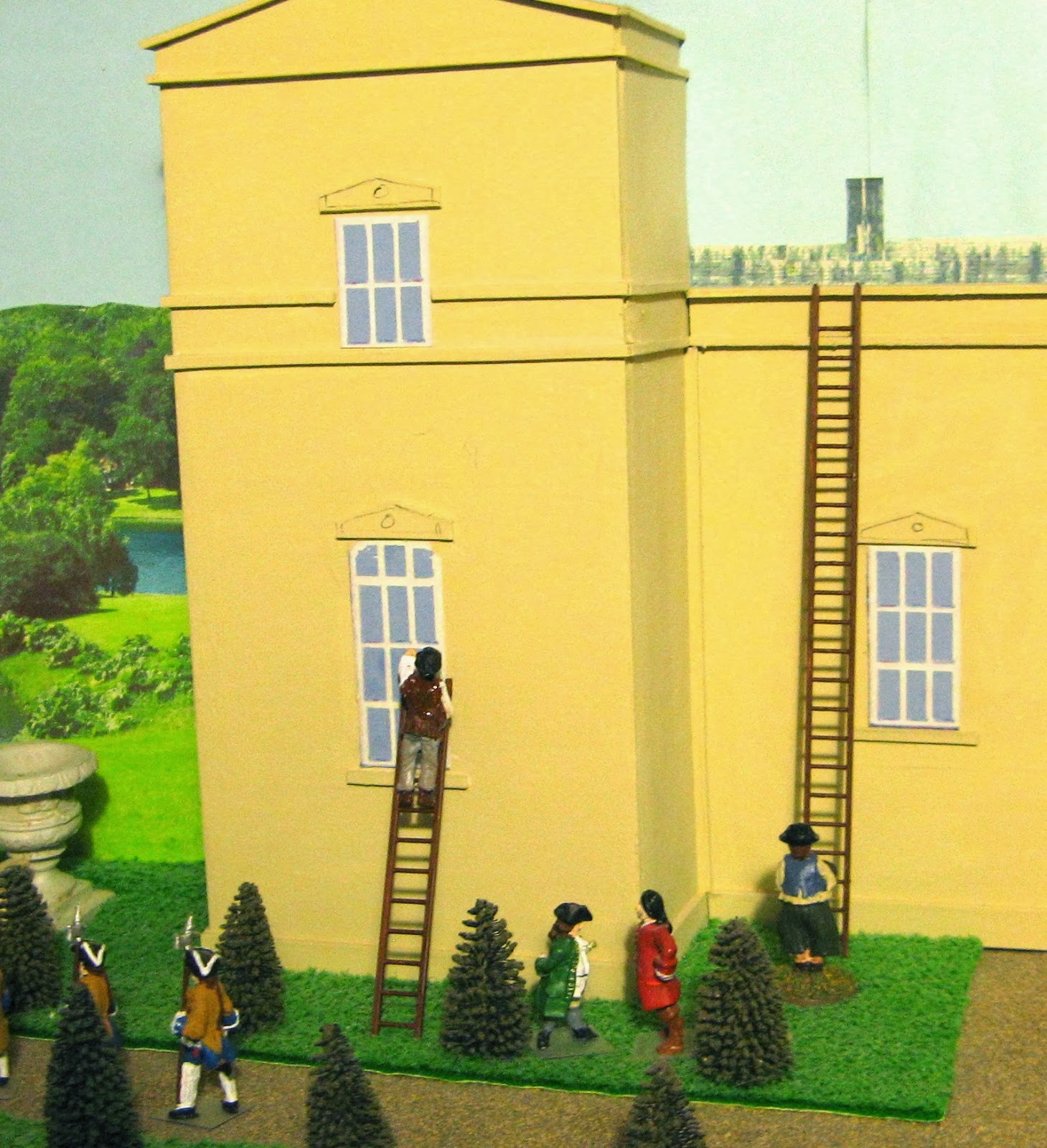 This job could take a lot longer; a group of architects are discussing the best way to re-design the palace exterior to meets the Kings request to up-lift the look of the palace as it is a bit plain - this could mean more windows, decorative stonework .... 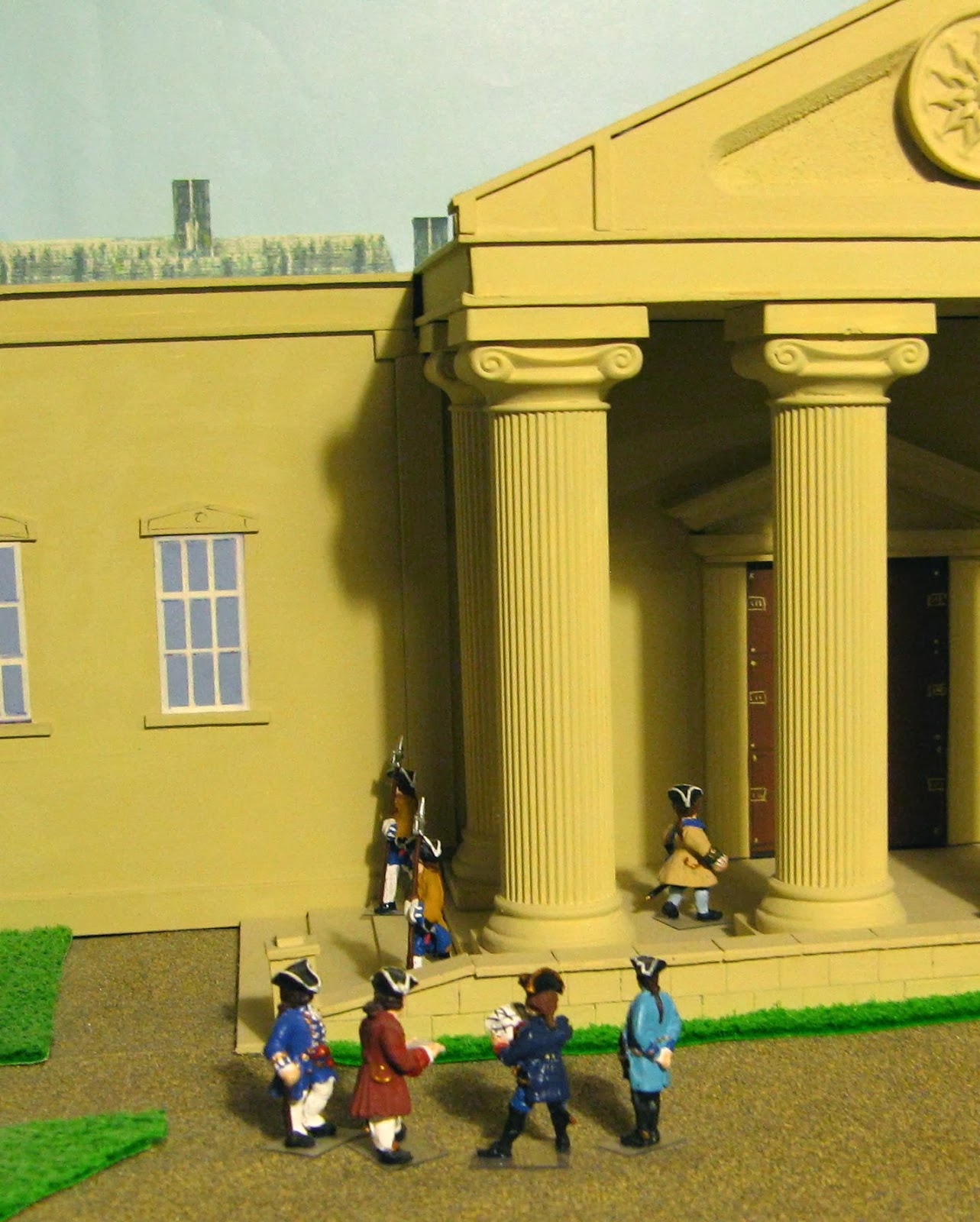 Finally finished these chaps (having been in the pile of lead for a year or so, figures are Crusader Miniatures Austrian Cuirassier); I started them before Xmas and have been painting them up slowly. Their uniform is in the style of that of post-SYW Hesse-Kassel Garde de Corps. This is the last of my planned Monrovian army additions for the moment.

Here they are trotting up into position .... 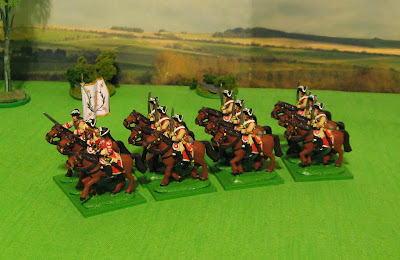 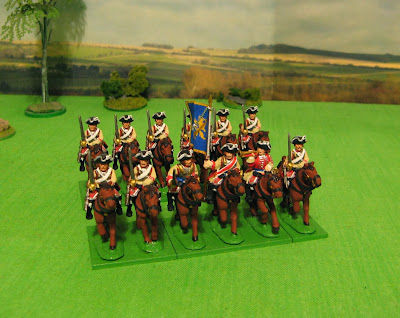 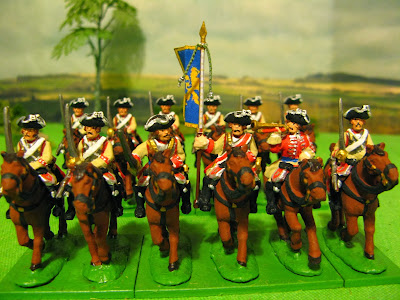 The staff vignettes now being completed,  after a bit of sorting they have been grouped into the Wittenberg and Monrovian general staff, I've re-based the the 'staff' tents and for the Wittenberg one added an interior. 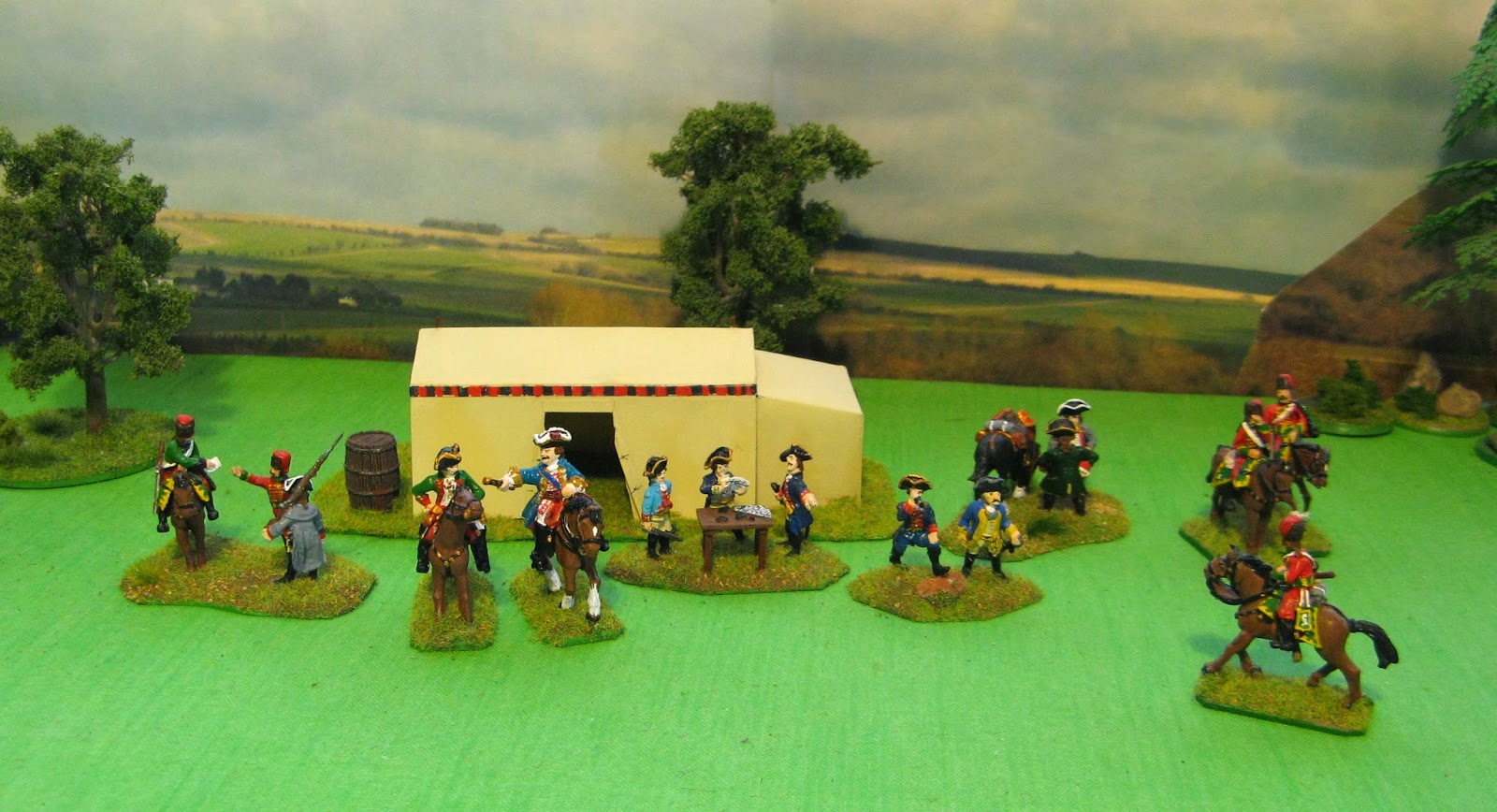 Now onto Wittenberg, a quick look into the tent interior 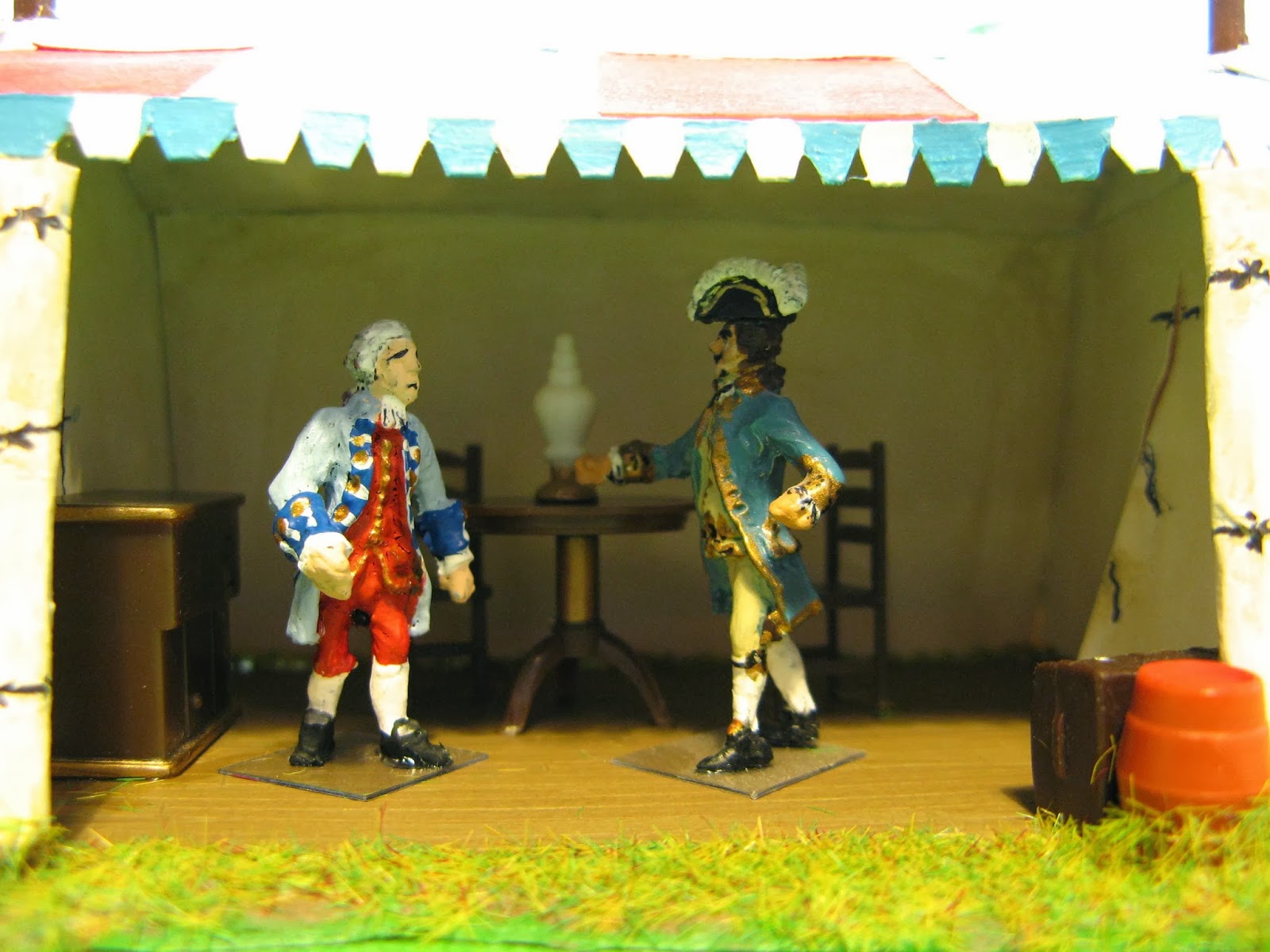 The King has heeded his servant's advice and had dressed down a bit and joined the general staff mounted on his black horse. 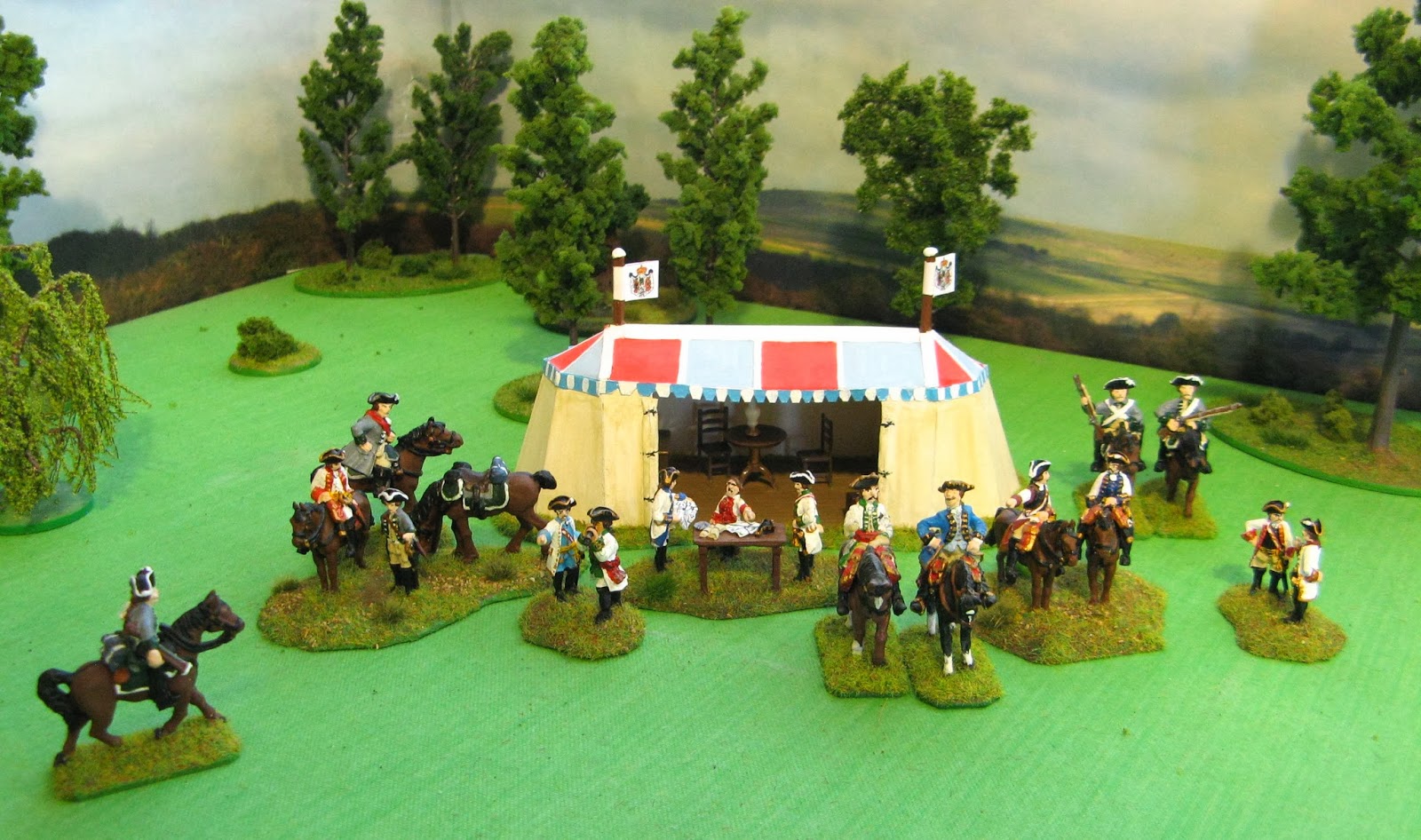 What next on vignettes ? well I'm going to see what I can do for camp scenes (I've got the perry AWI set).
Posted by tidders2 at 07:33 1 comment:

The Duchy of Fenwick, allied to Wittenberg, has a small set of staff officers. I thought these ought to be re-based as well, so here they are ... 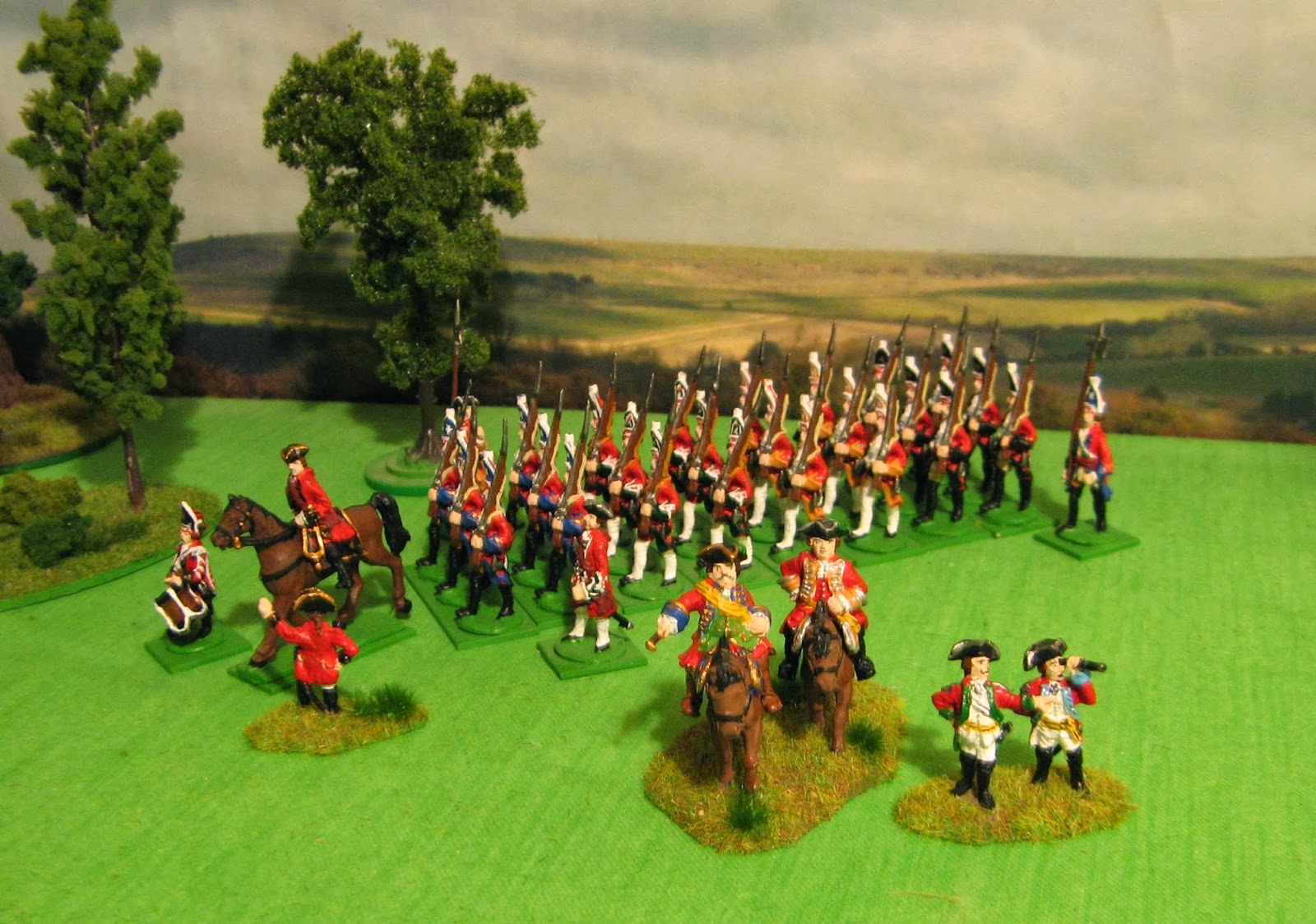 the last of the staff vignettes below.

"Why those guns over there ! "(Minden figs) 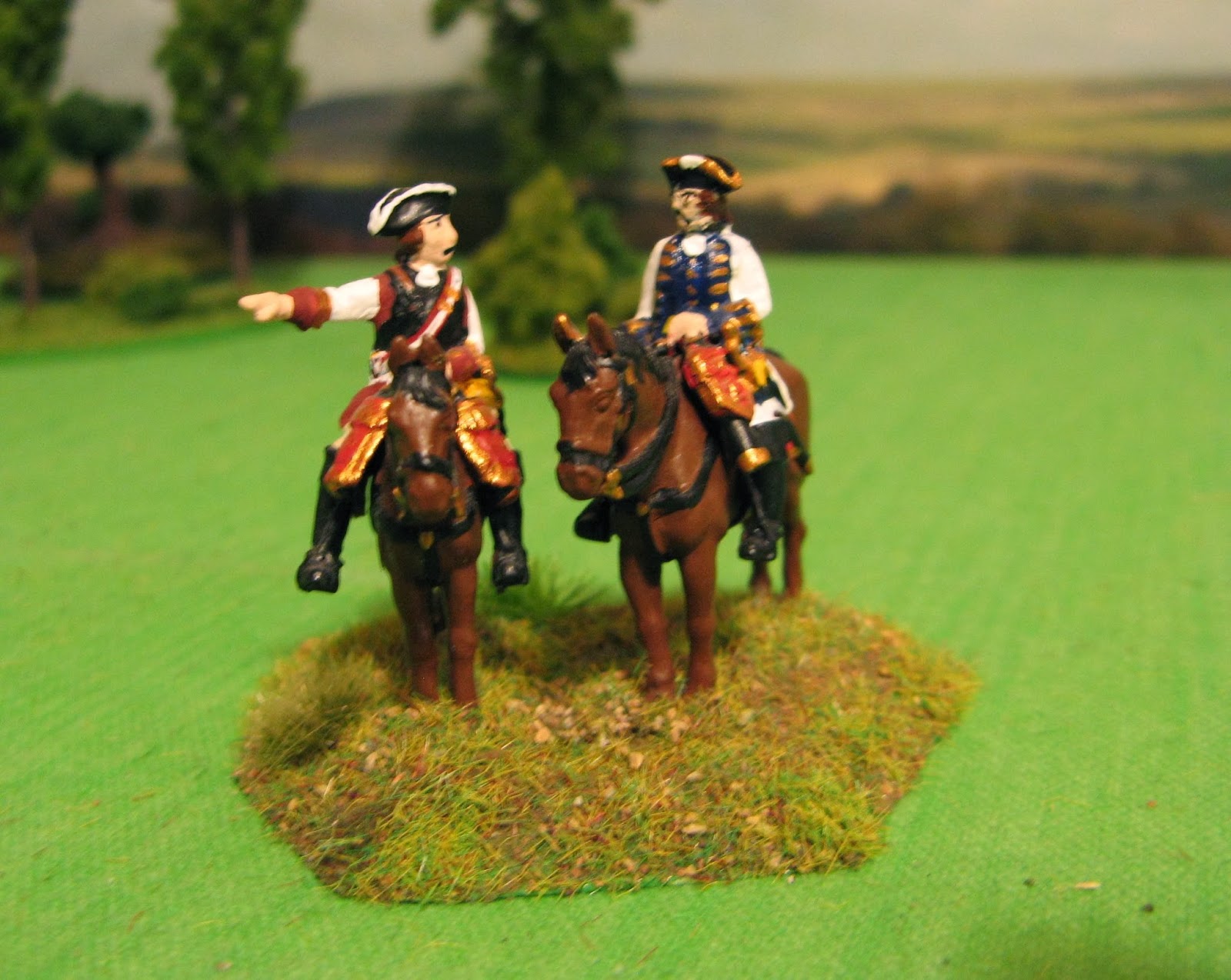 A couple of Wittenberg officers in discussion (Minden figs) 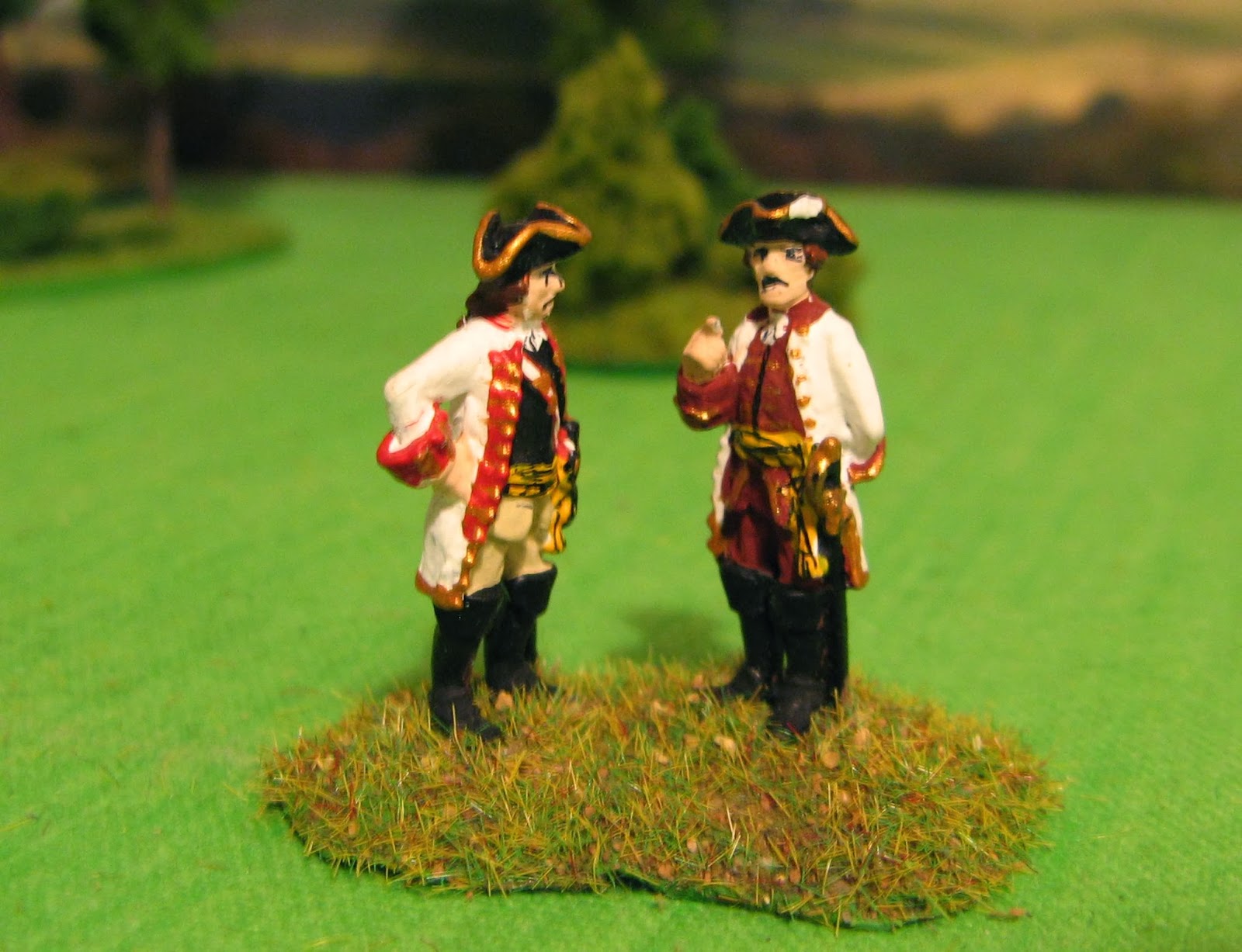 Delivering a report .. (Minden figs plus an Old Glory one with musket) 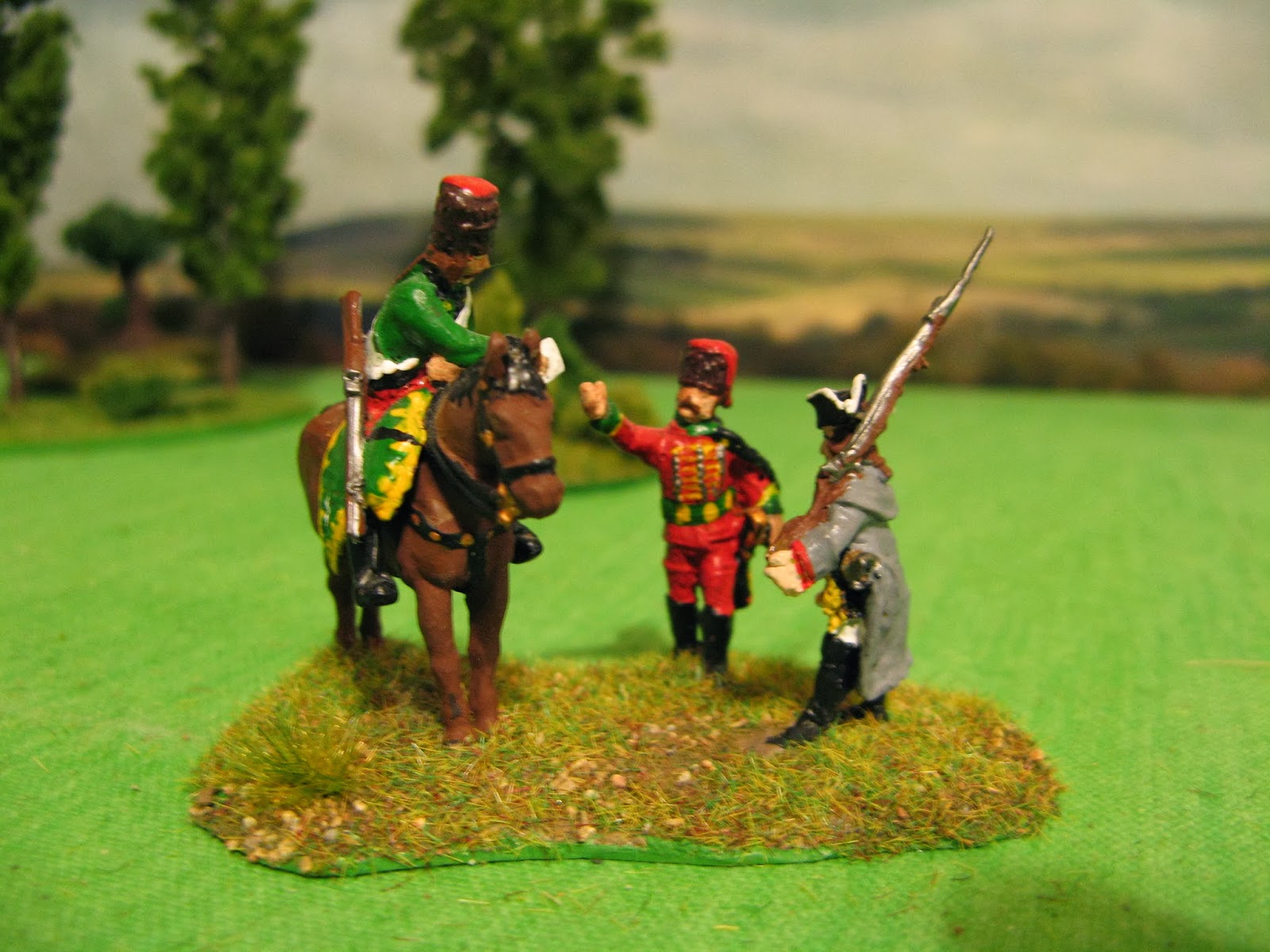 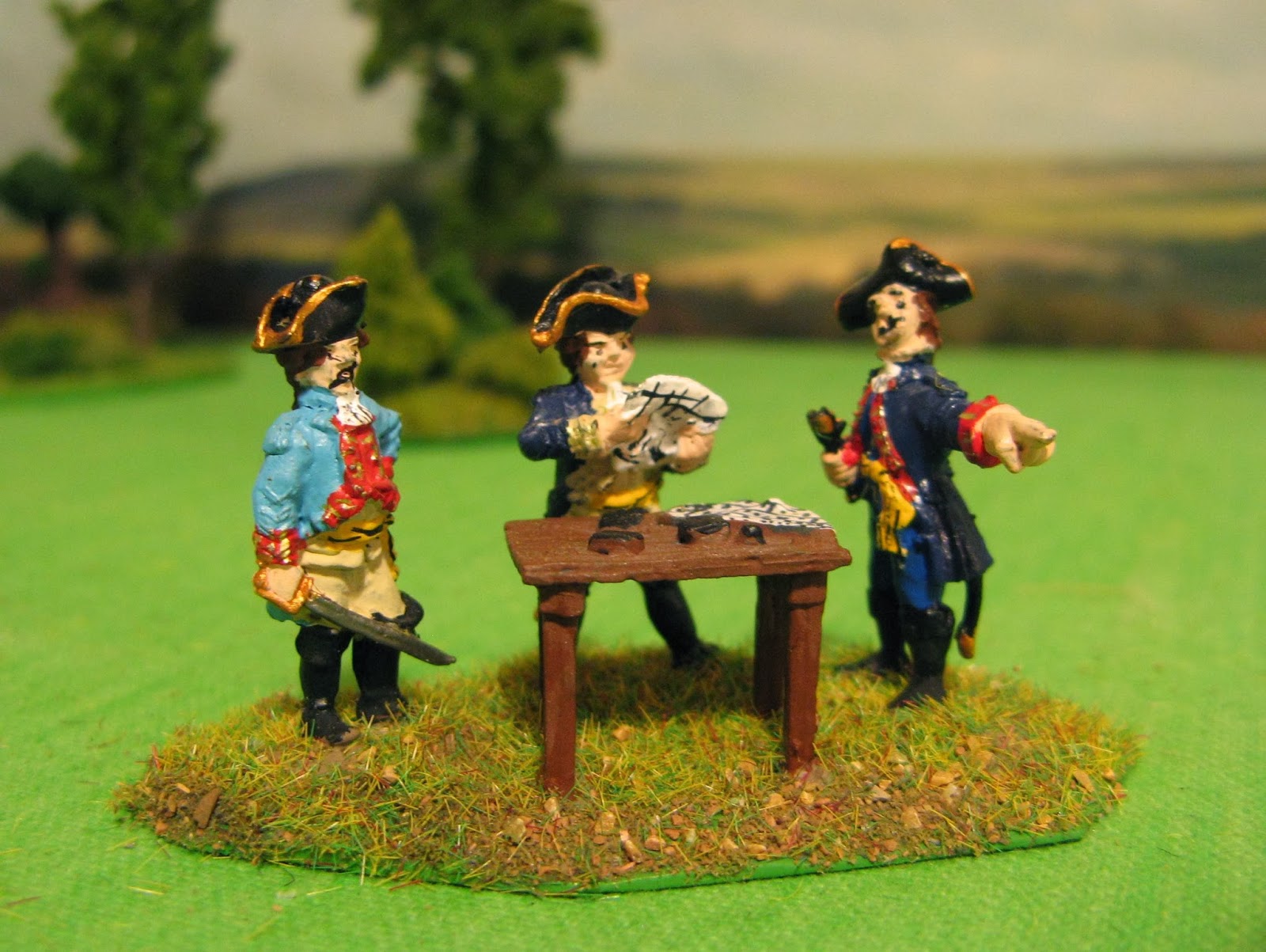 Funny how when you photograph some figs you spot things which are wrong especially at magnification - the faces on the last group of officers needs some attention.

I'm tidying up some other bits and the staff 'tents' so when that's done I'll post some photies of the respective armies general staff's.
Posted by tidders2 at 10:20 1 comment:

While I was working on the Wittenberg staff vignettes I also decided to to sort out the Monrovian staff as well, so here are some photos of the completed ones so far, all using existing painted figures - mostly Minden Austrian/Prussian SYW staff with a few Old Glory AWI figs and a couple of Front rank Ones. 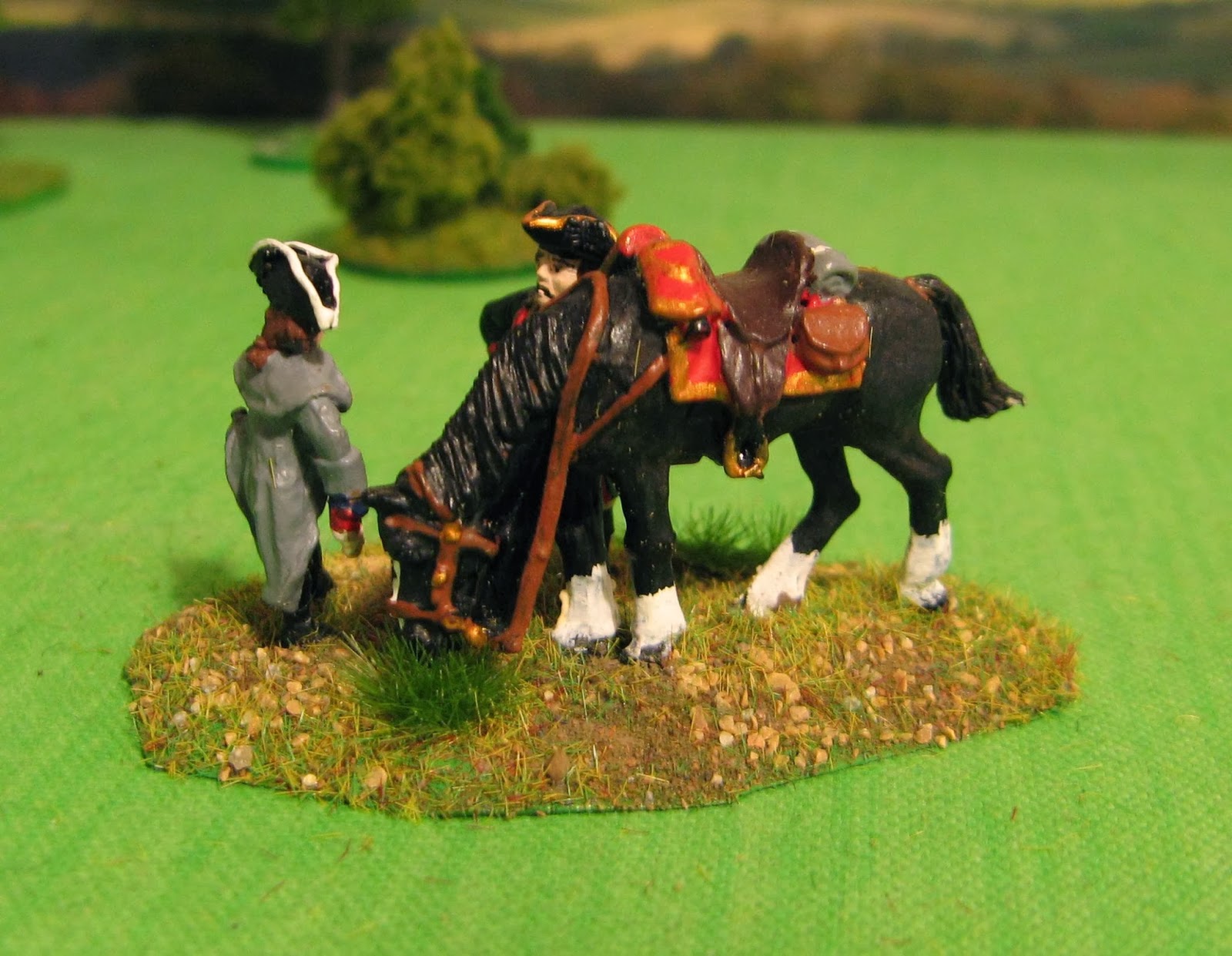 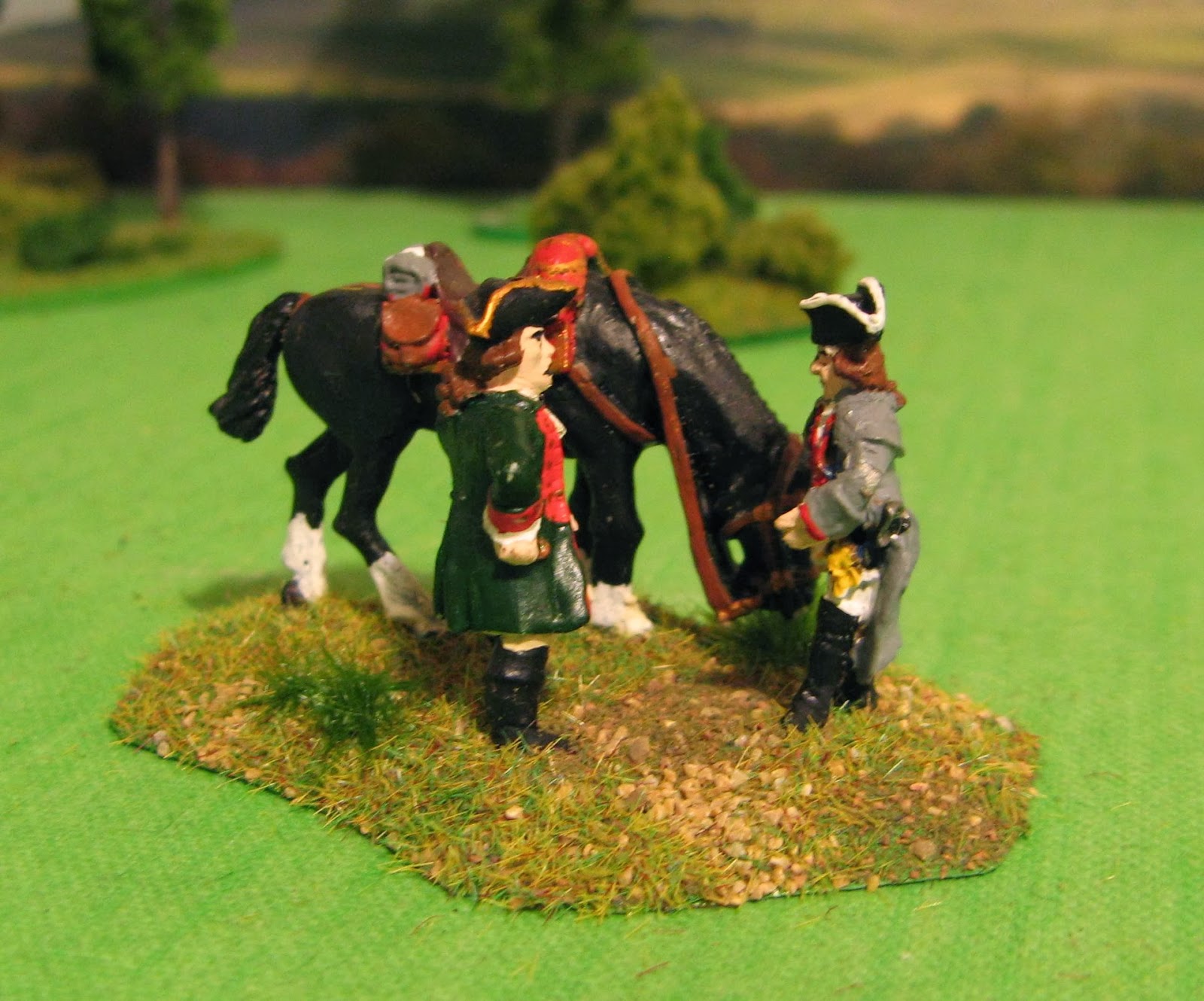 Wittenberg officers in discussion (Minden fig on left/right, Old Glory in the centre) 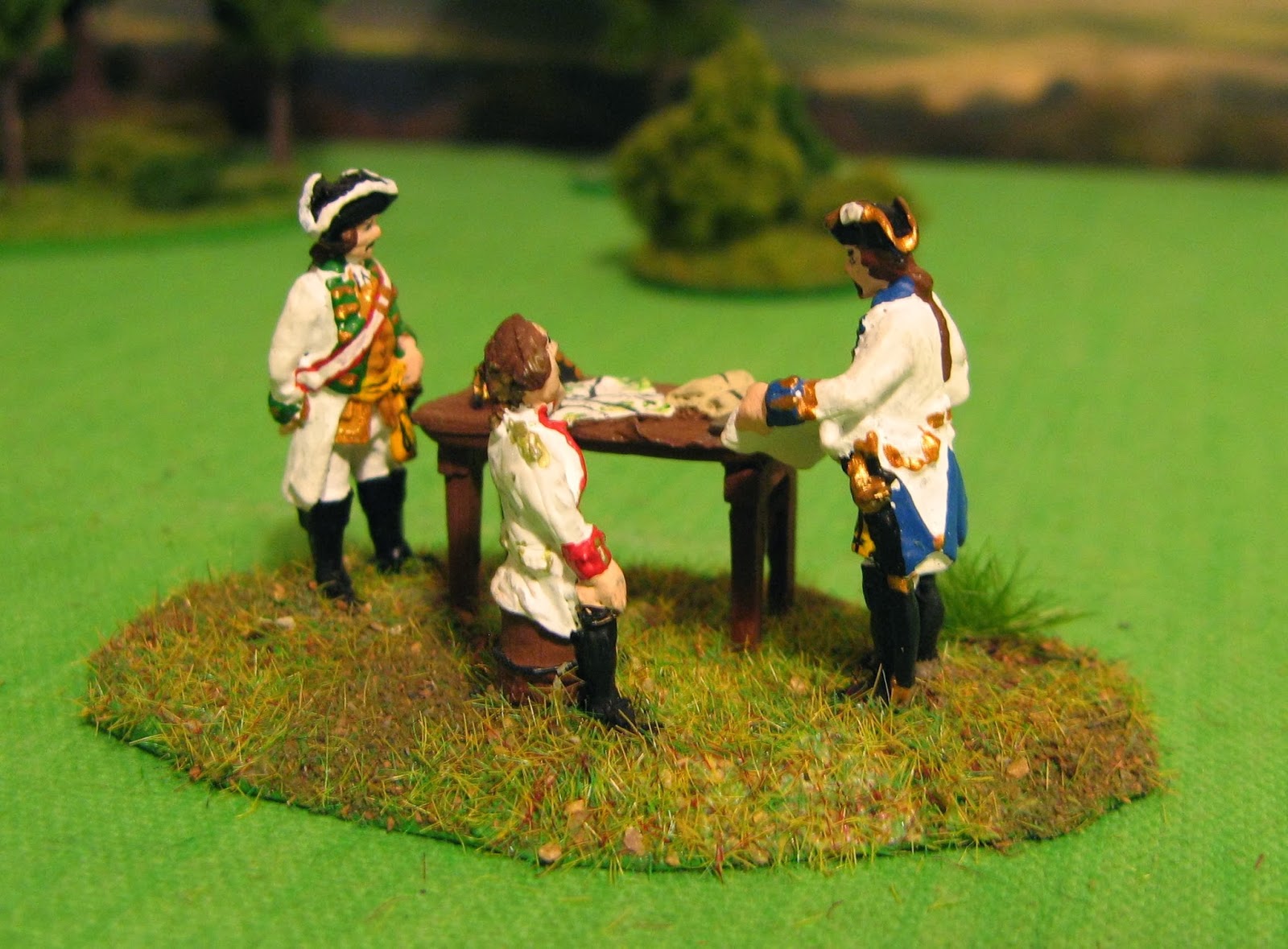 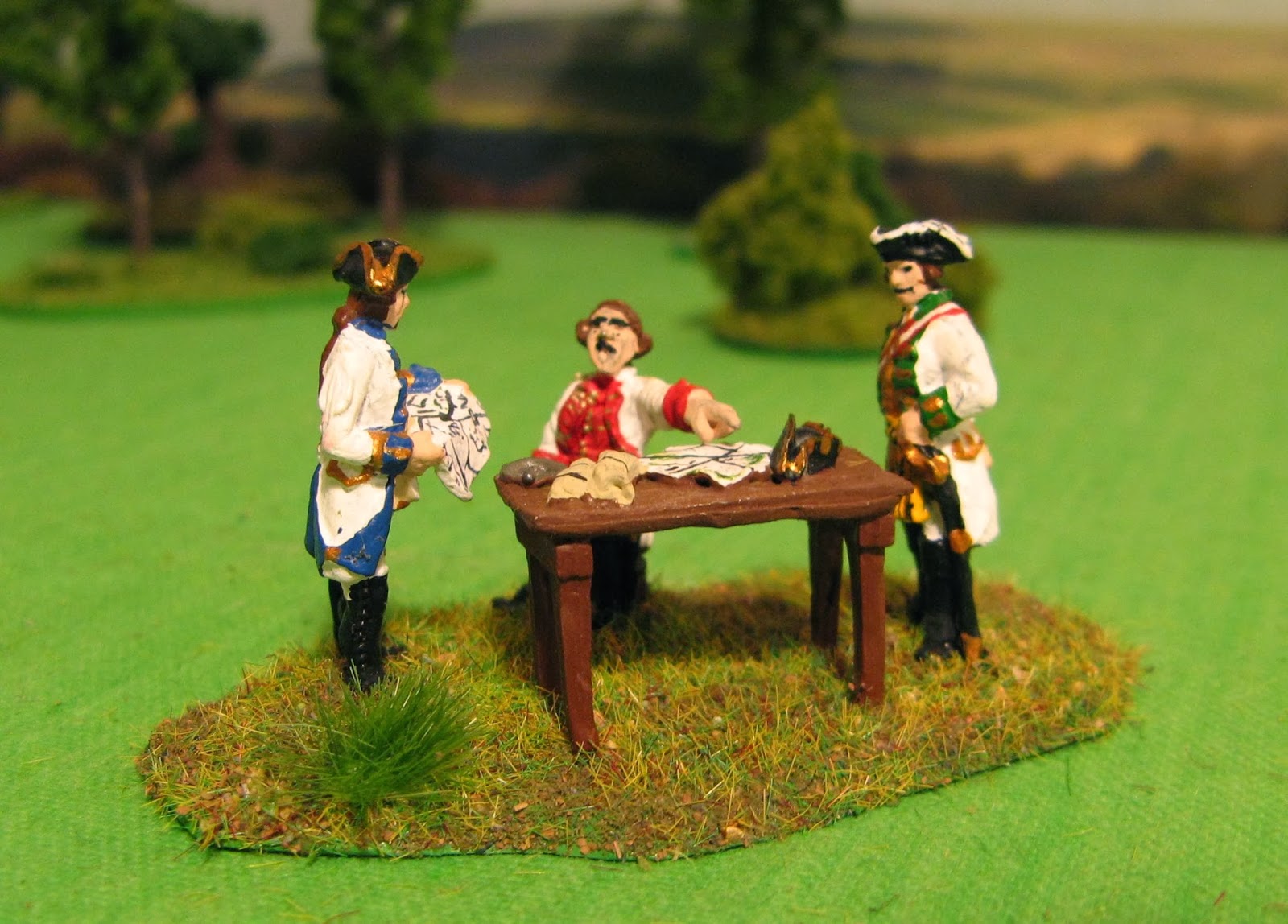 Monrovian officers (Old Glory fig on left, Irregular Miniatures one on the right) 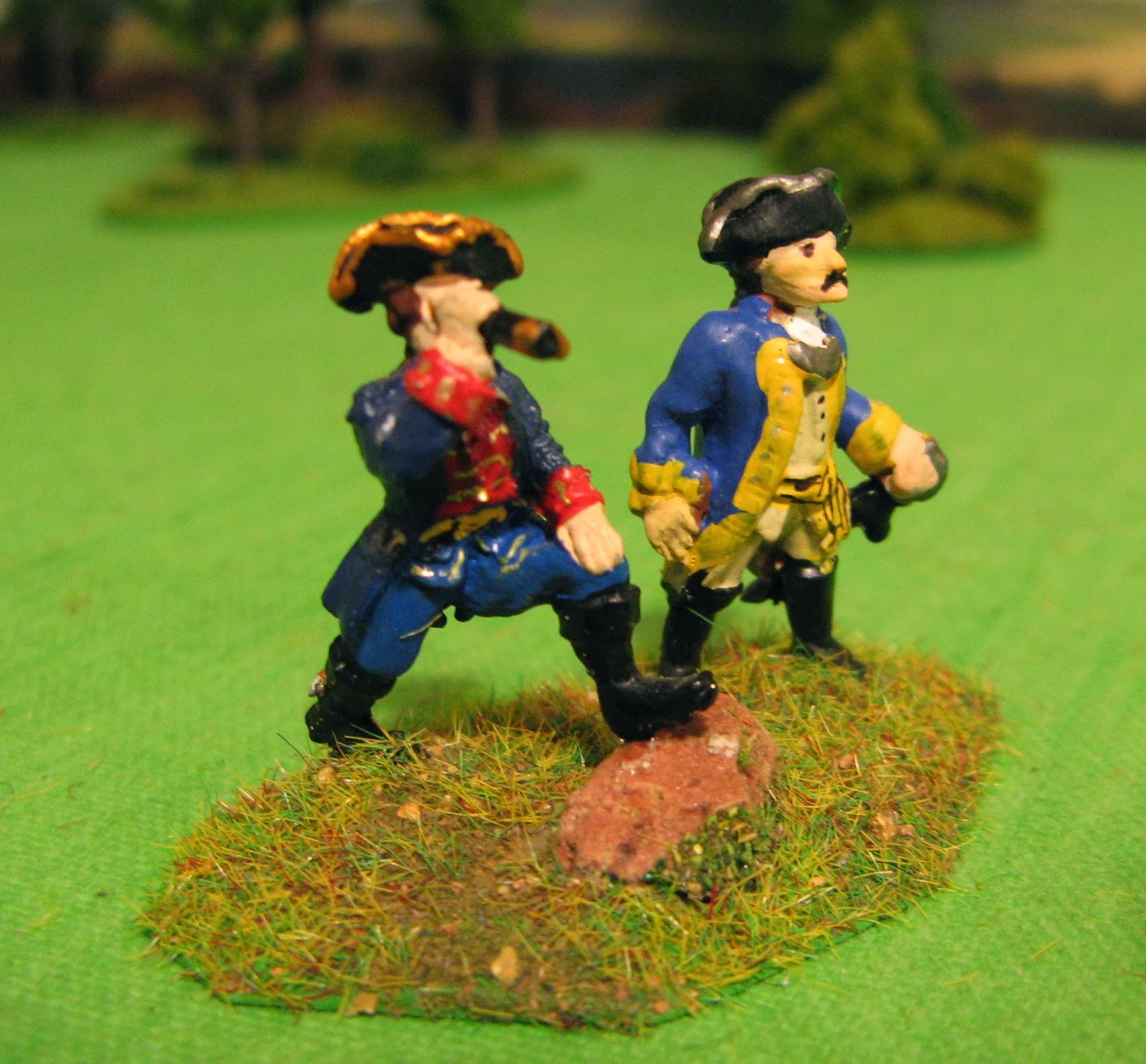 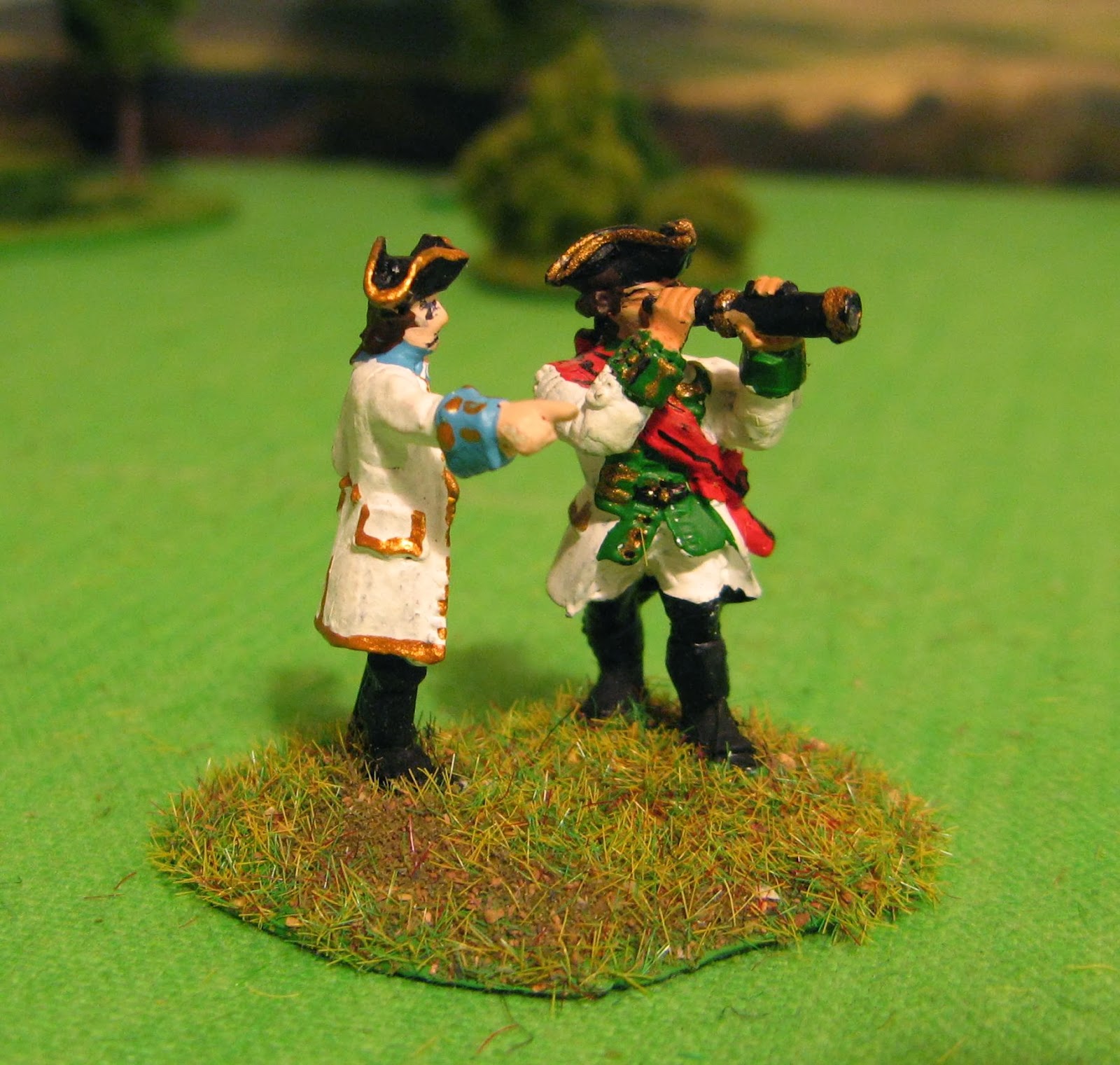 I have a few more left to finish off. Will post piccies when done. After that will assemble each set of staff vignettes to show each sides general staff.
Posted by tidders2 at 10:41 3 comments:

Having enjoyed the marvellous vignettes shown on the Duchy of Stollen blog, I've decided to re-work my Wittenberg general staff into a group of small vignettes. First off is a Feldjager giving an update to an officer, I've re-used some existing painted figures except the Feldjager which is a modified Minden foot officer...... 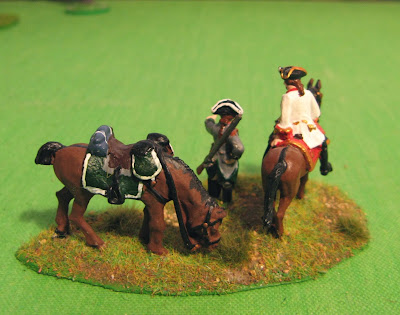 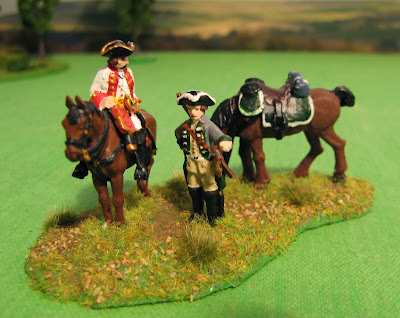 Will be working on the rest of the staff vignettes over the next week or so. In addition I'm trying some ideas out for small vignettes to accompany each infantry regiment.

40mm: 4 battalions of infantry to paint plus some work on the cavalry.

Plus a few more civilians and maybe some new palace interiors.