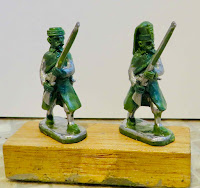 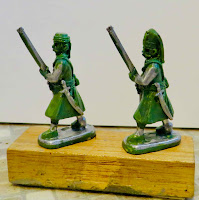 A comparison between the new chaps and the old 'generation 1' version (one of my first sculpts 6 years ago);  definitely an improvement ... 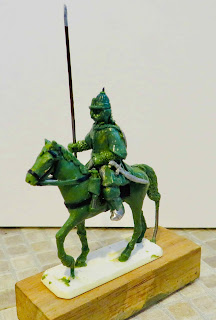 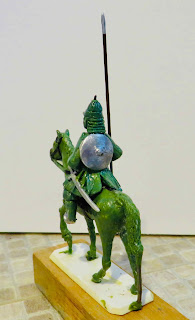 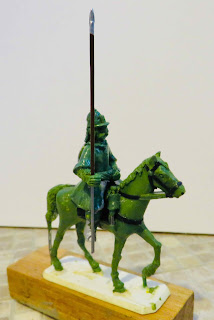 as usual the photos show the imperfections up, a few tweaks to do before the mould making commences.

A round up of my gaming projects; so lets see whats cooking ...

The Kingdom Of Wittenberg

Currently in the planning stage for the next part of the Begovian War (the 40mm collection will be in action again); before it kicks off the Begovians will receive an uplift in the shape of some new look Janissary infantry and Kapikulu cavalry; sculpts started (I wasn't going to do another mould but why not 😀 ).  I will probably do a couple more border skirmish style games before the campaign kicks off.

Casting (and assembly) continues for the Samurai armies.. command and most of Ashigaru prepped for painting;  samurai both on foot and mounted still to be done 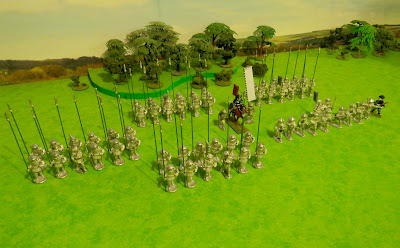 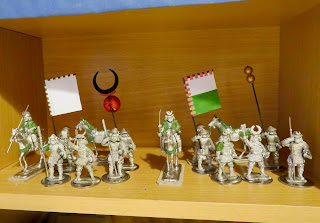 All the basic scenery has been completed and a load of figures including peasants, bandits and samurai - enough for a run through of a seven samurai  'Defend the Village' style game, which I've just started playing through 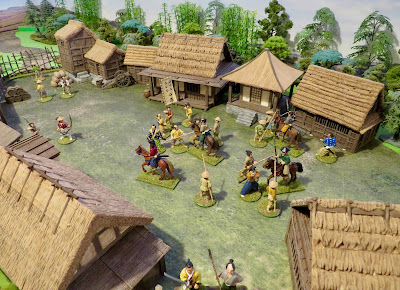 Somewhere in France (Somewhere in England)
Just finished sorting out some French buildings to use for games.. 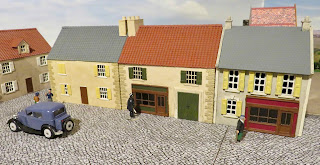 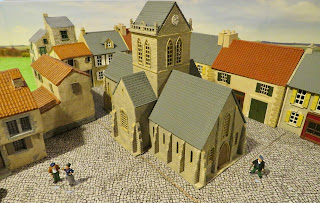 currently working on story lines and possible scenarios for games.

The sequence of games around the pyramidion artifact, last game was set at an airfield 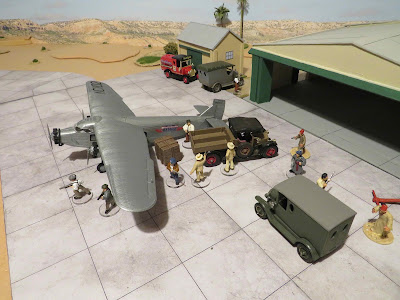 is now coming to a close; last game will be attack on the Villains Lair (the table layout and scenario remain undefined).

Simmering on the backburner, designing a campaign - concept: Wittenberg will try to seize the Hoflandt,  Saxe-Jarlsberg and Monrovian will try to hold it.

These chaps have been waiting way too long to get into action on the table ... Scots mercenary regiment.. 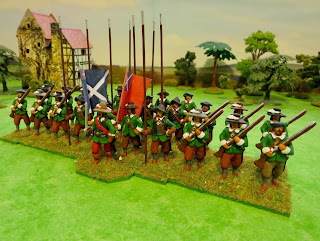 No big additions planned to the dark ages Saxons and Vikings, although always a favourite for a game; from the last battle... 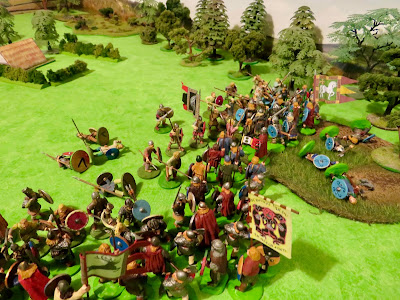 A tinker-time project, so far have sorted through the figures I bought off Ebay and a few I already had.  The forest outlaws are ready for play ... 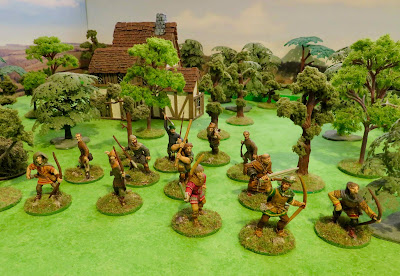 Into the Bylandt - Campaign PDF

I've wrapped up all the games for the Monovia V Fenwick campaign - 'Into the Bylandt' into a PDF with suitable introduction and also included the basic table layout for each game scenario. 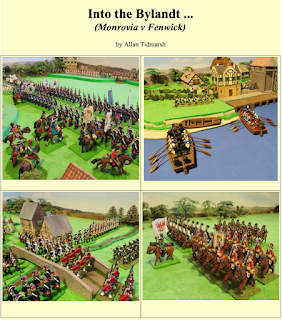 The PDF can be obtained from here ...