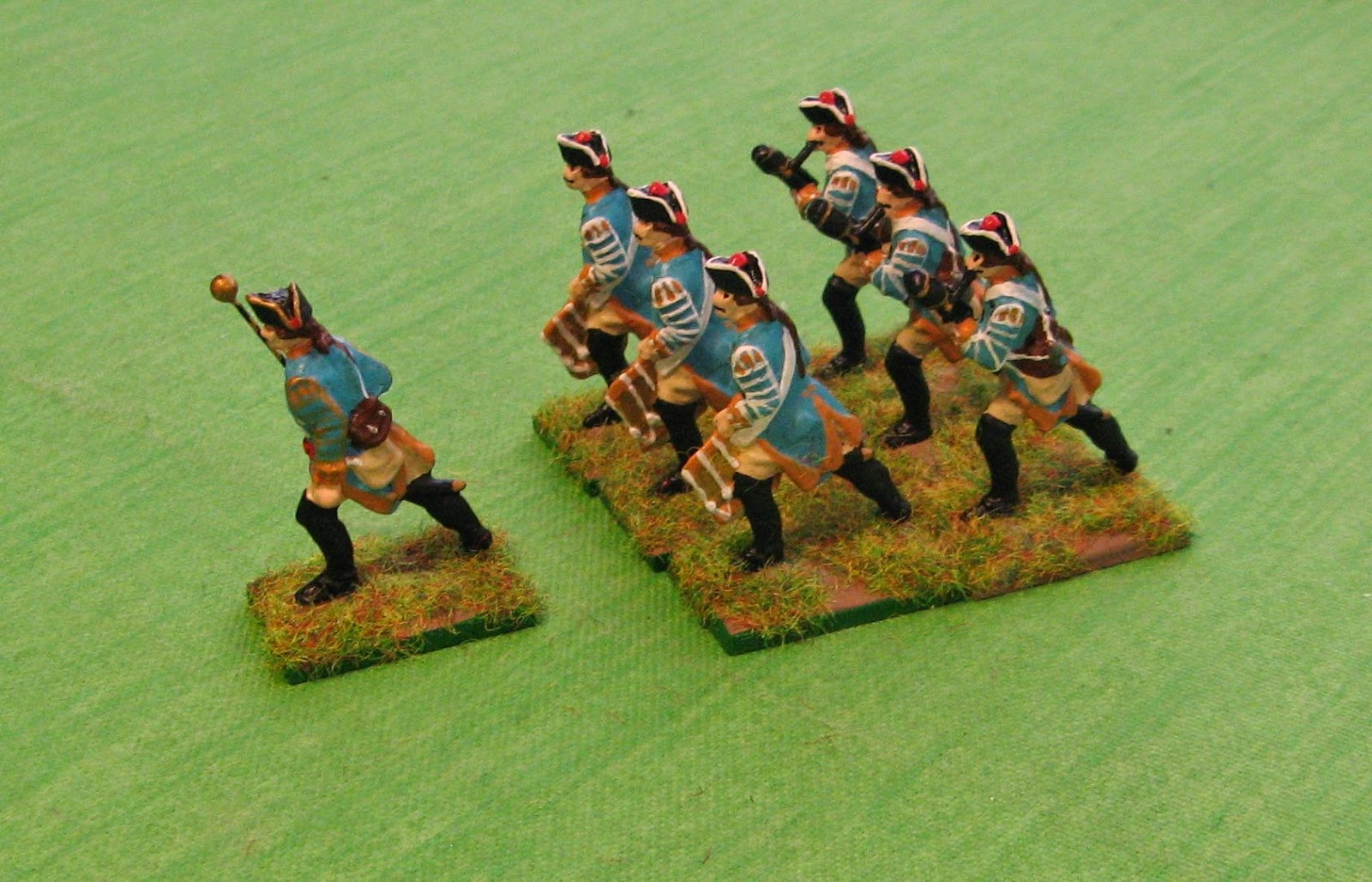 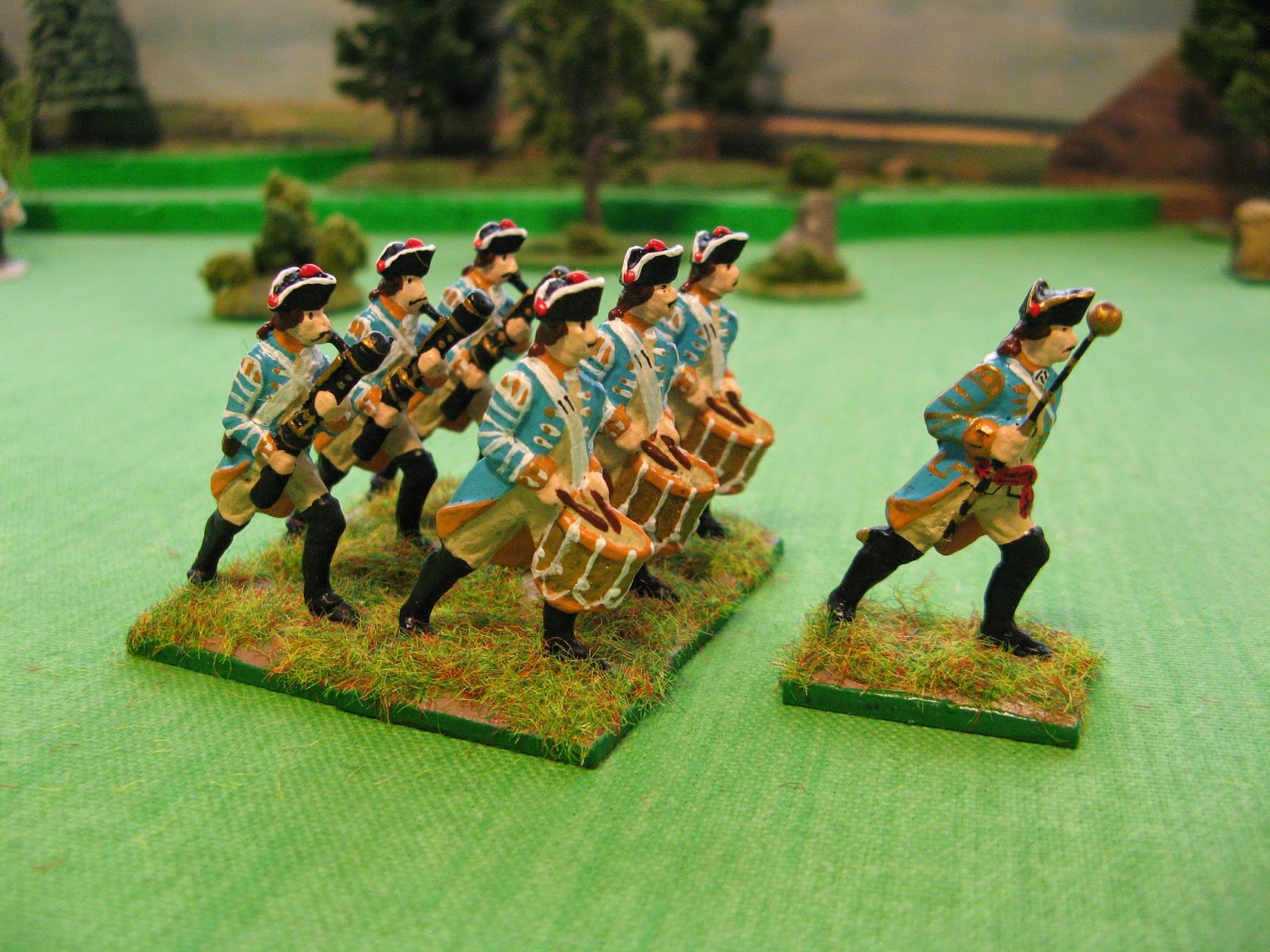 Also done the first re-basing of a couple of units from the Boritzy freikrops, have yet to finish the bases off - but the narrower frontage per figure gives them a better look 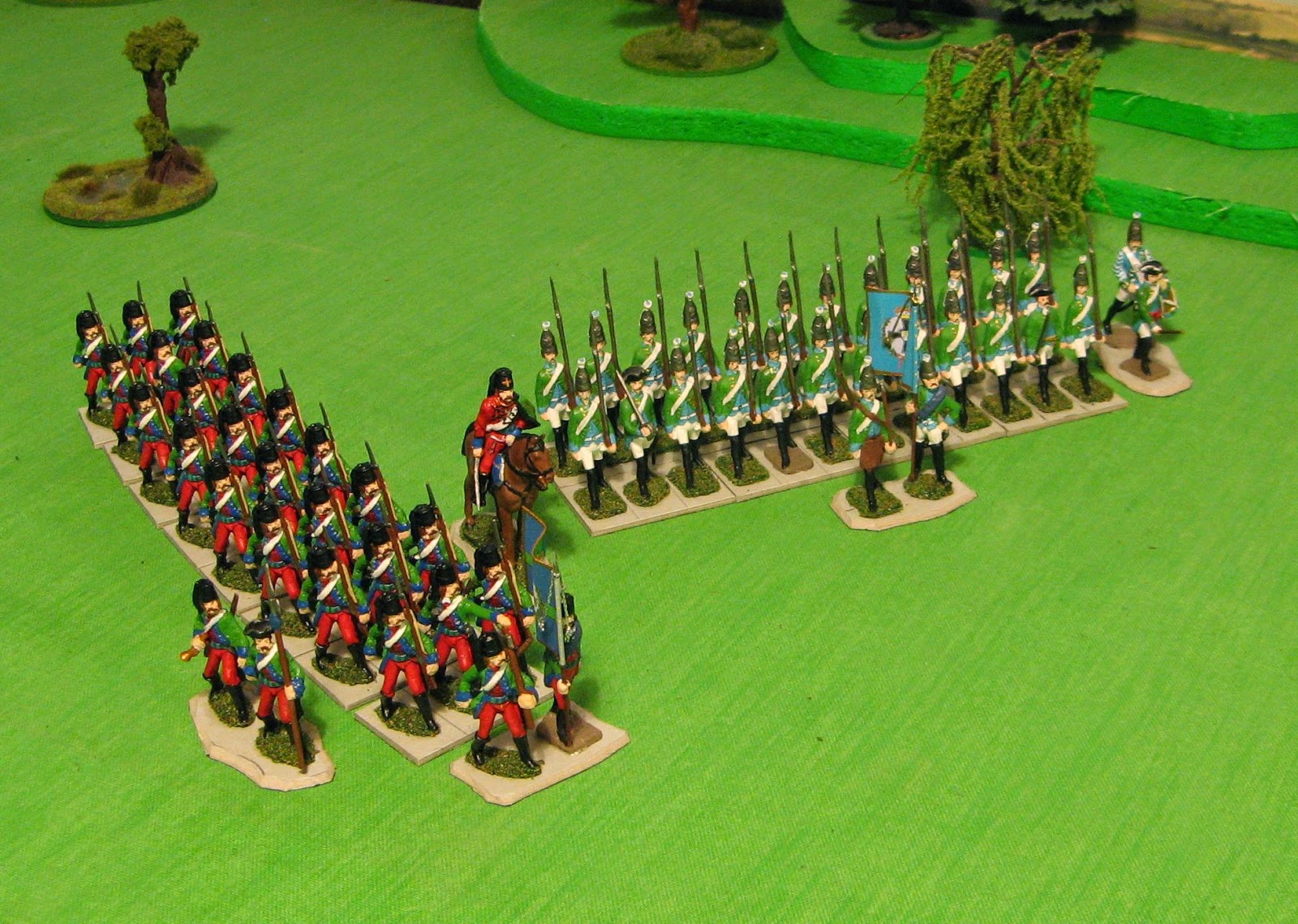 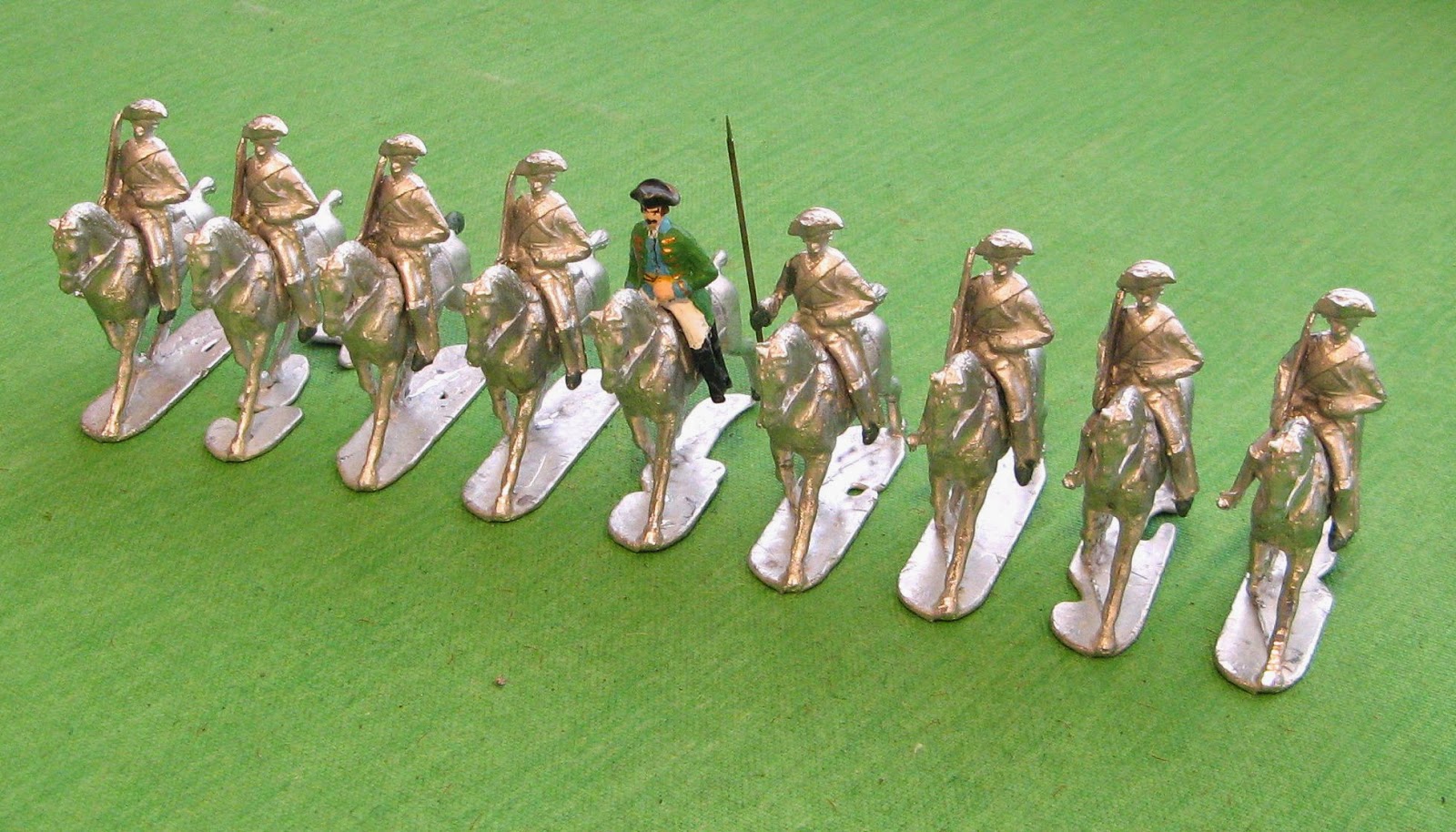 I've been mulling over the uniforms for my re-organised Saxe-Jarlsberg army, finally decided to base them on Brunswick as it has a nice variety of units including the Volontaires Auxiliaires.
Posted by tidders at 03:40 1 comment:

I've started on my 40mm collection re-vamp, firstly I converted some artillery crew from tricorne wearers to a sort of furry grenadier hat - these will end up as Freikorps artillery. 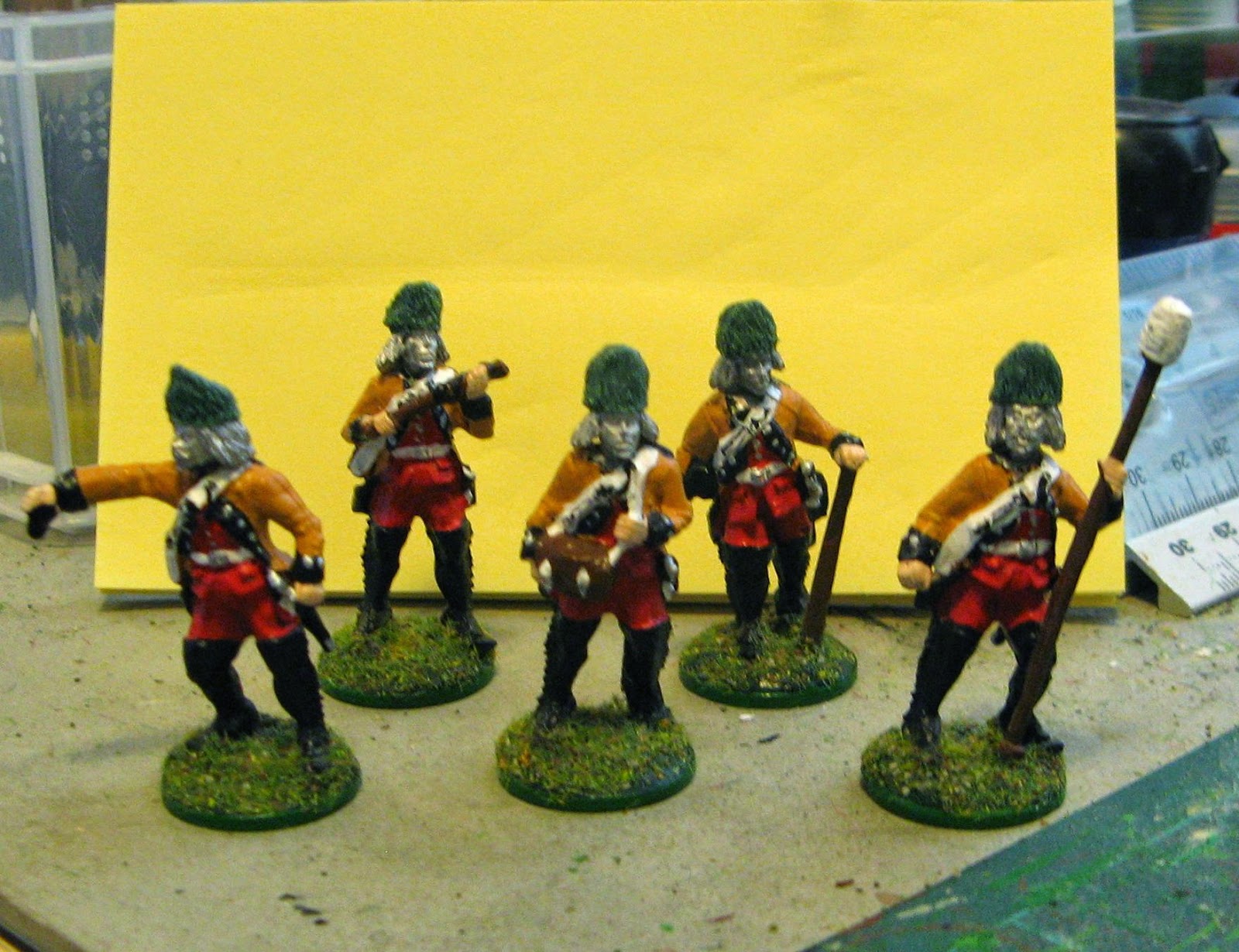 Next I made up a list of all the units existing and planned, then did a list of all the items I had to cast, then embarked on a couple of long sessions of casting (just had enough metal for what I wanted to do); the gaming table got used as my workshop .... 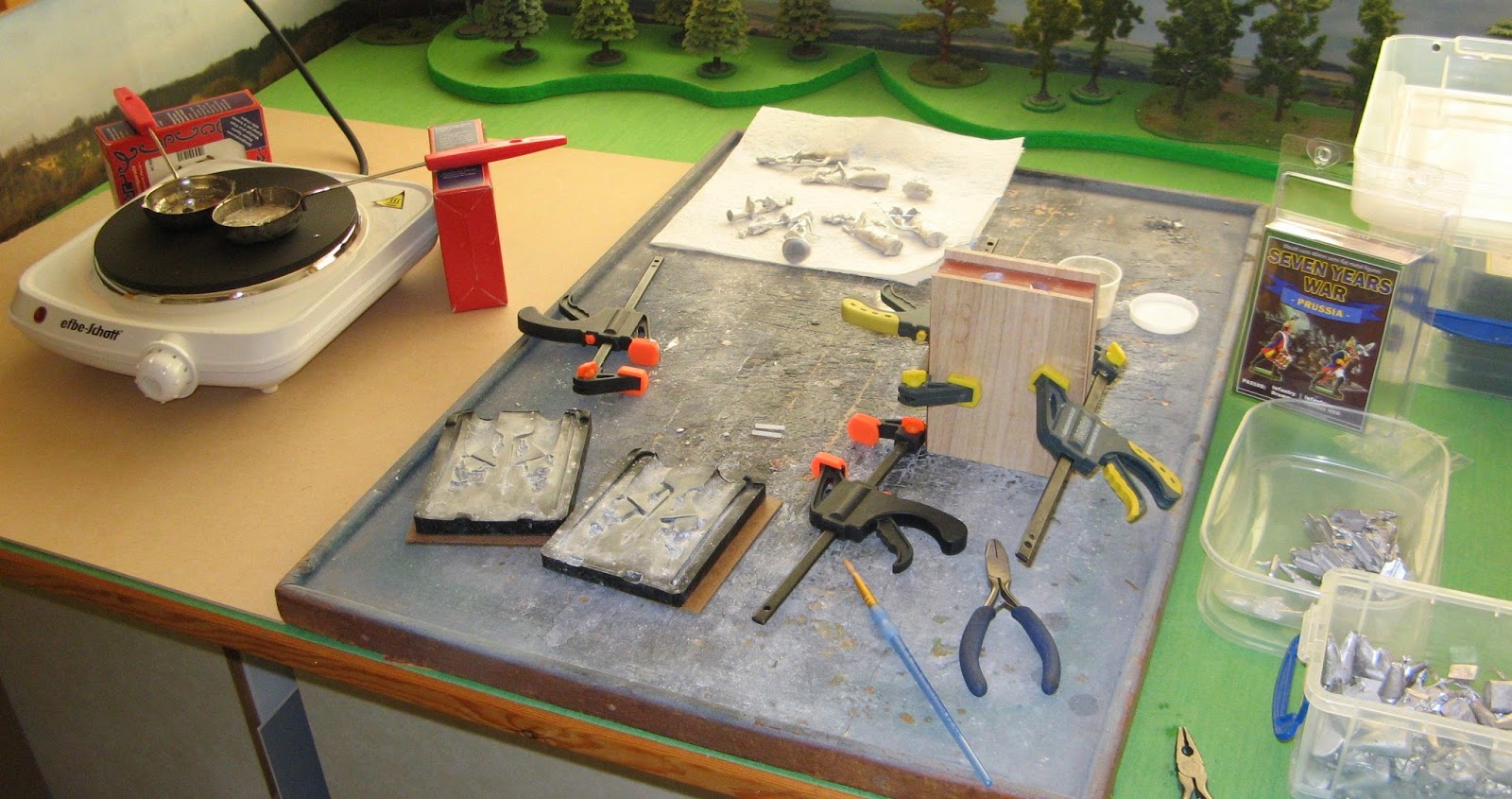 One result of all my casting, a new grenadier battalion using the new Prince August prussian moulds. 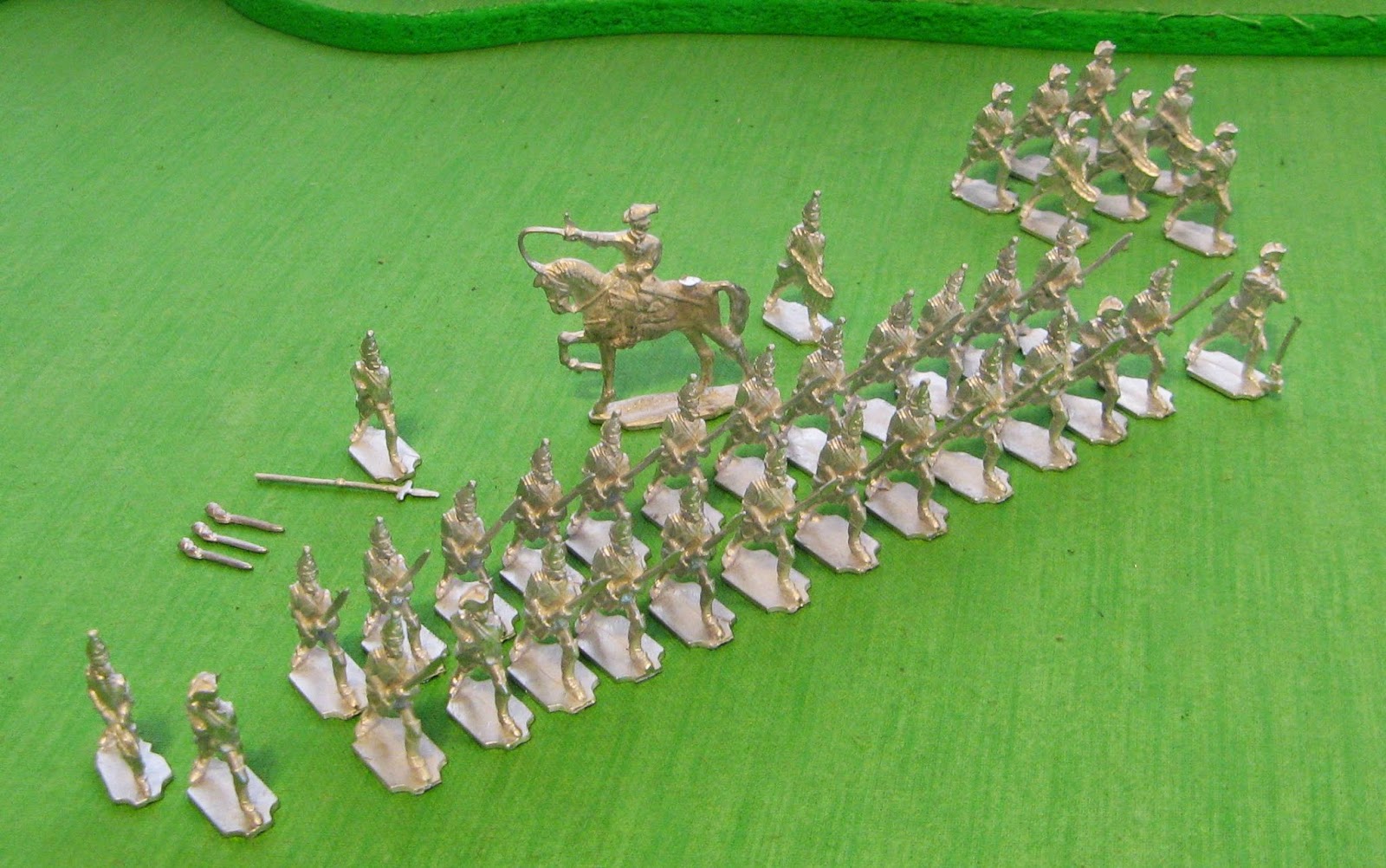 I found the new PA moulds for the prussian infantry easy to use, giving good results - occasionally a little trouble getting the separate heads to cast.
Posted by tidders at 04:47 4 comments:

What's in the pipeline...

A quick note on projects in the pipeline:

2) revisiting my 40mm collection; doing some re-organisation and re-basing before going on to painting the awaiting lead pile of about 120 infantry, there may be some new cavalry too ?

so  will post piccies as units etc are completed.

After their recent exhertions in the fighting near Rumsfeldt, on a warm summers evening, the Irregulars relax in the grounds of Mademoiselle Givenchy's country estate ....

Mademoiselle Givenchy and her sister chat while the food is being prepared .... 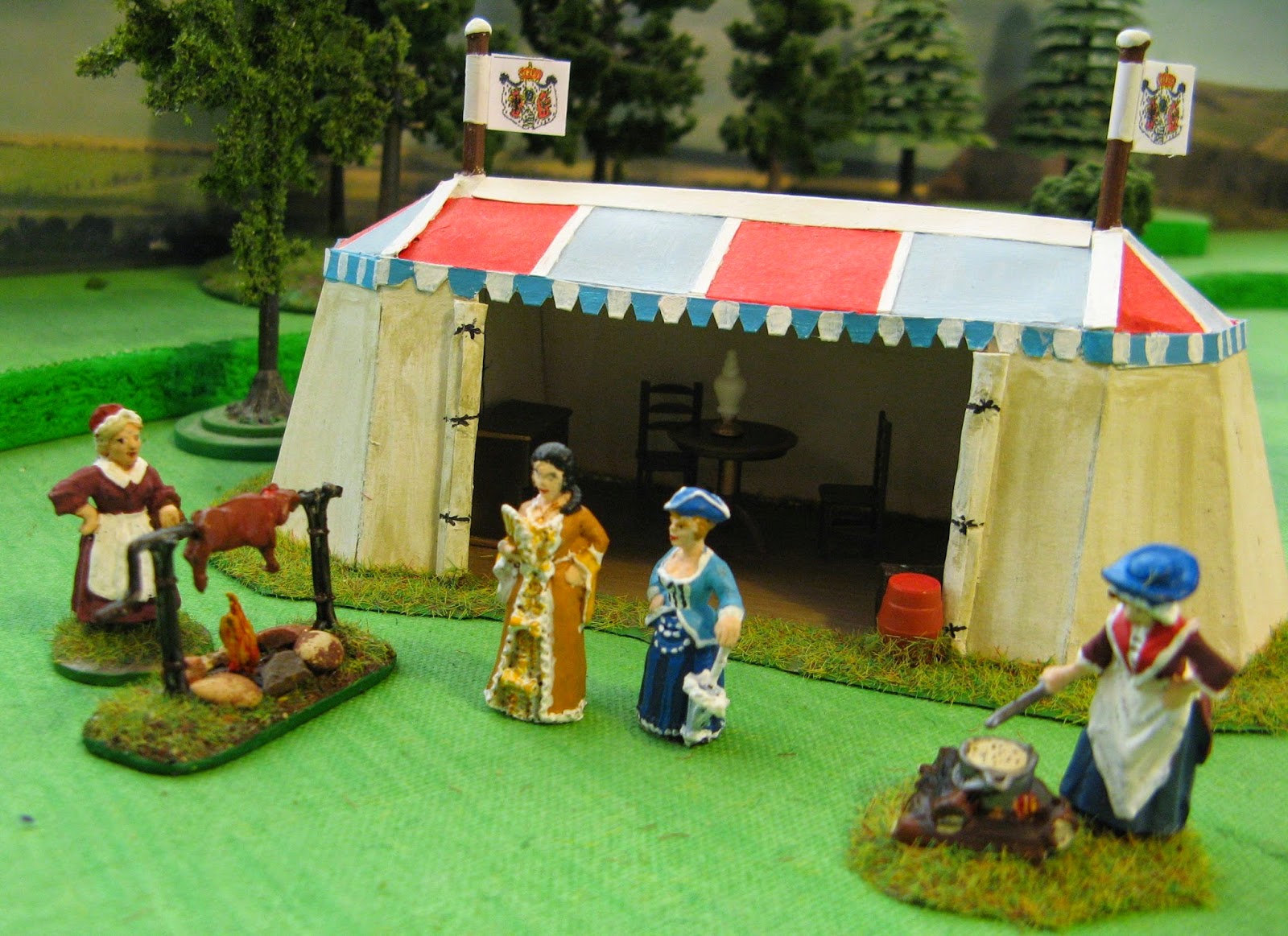 while the rest of the ladies are relaxing by the ornamental pond, some of them having bathed in the cool refreshing water .... 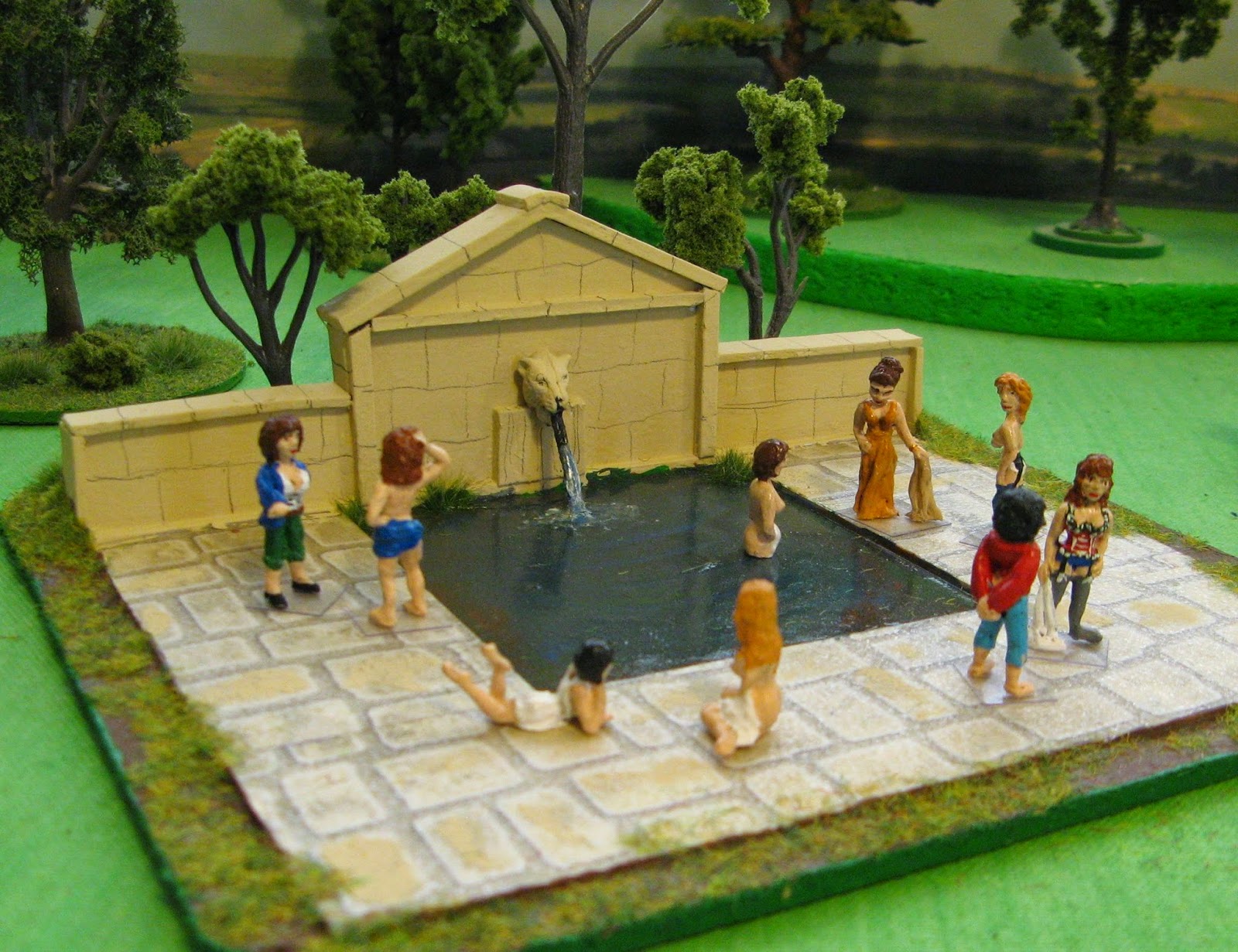 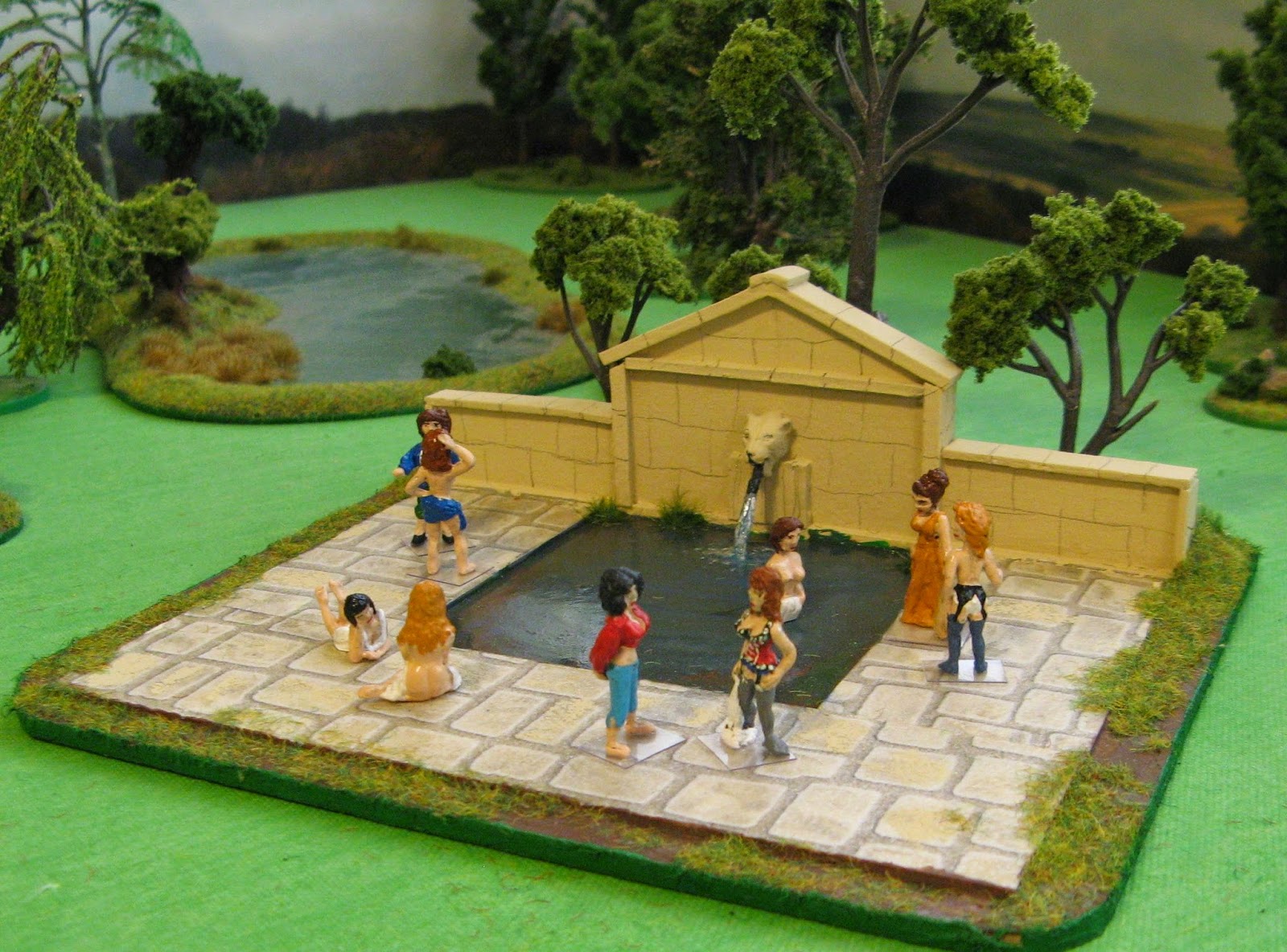 [ladies by the pond from the Les Girls set made by Irregular Miniatures (figs are approx 25mm in size)]
Posted by tidders at 06:39 2 comments: