Field Marshall Duke Frederick of Wittenbuffel, commander of the Wittenberg armed forces, was recently awarded the 'Order of the North Star'. He has just had it put on his best uniform ready for the upcoming review of the Boldavian army corps.

I've just finished giving my Wittenberg commander a bit of refurbishment, so inspired by the medal post on ColCampbell's Barracks blog (http://colcampbellbarracks.blogspot.com/2009/02/miniature-medal.html) I added the 'Order of the North Star' to his coat. I did the star by outlining in black pen, using light gold pen for the middle and a dot of bright gold paint for the centre. 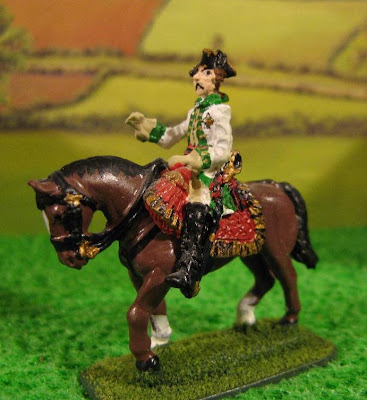 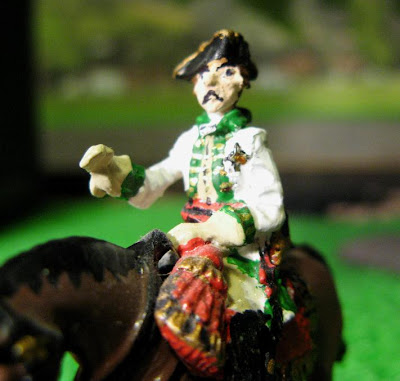