Count Hermann of Munster says goodbye to Count Getja Bootzon before he departs as ambassador to Tragardland.

He will be accompanied on his journey by Colonel Alexander von Messing, who will be joining the Tradgardland life guard. 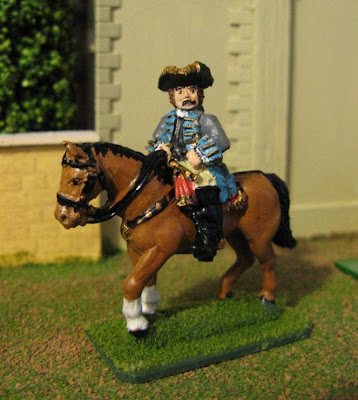 Von Messing received a number of presents from his friends and family. A new hat form the King, a new horse and accoutrements from his uncle the Duke of Escherstadt, a new blackened cuirass from General Waldebeck, and a commanders staff from the Field Marshal.
Posted by old-tidders at 03:33