Saxe-Jarlsberg's allies, Hesse-Limburger, now have their own artillery contigent -  limber set from NZ molds, gun and crew from Irregular Miniatures. 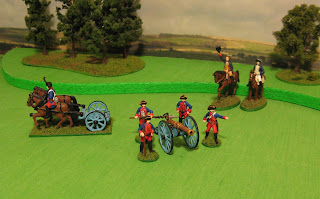 Count Pottsendorf watches the Hesse-Limburger artillery at drill
The artillery from Wittenbergs' Zinzendorf provice have received a new limber set from NZ molds. 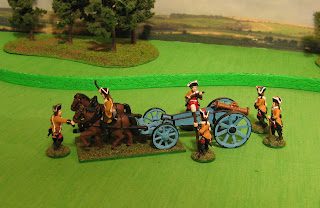 I've replaced the guns for the Wittenberg artillery with some from Sash & Sabre but used some Irregular Miniatures gun barrels instead - existing NZ limbers sets have been repainted - all in the gun colours used by the Duchy of Saxony (crew unchanged - these were cast from Creartec molds). 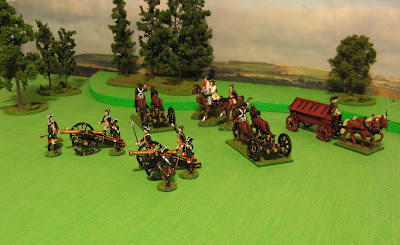 General Waldebeck watches the new Wittenberg artillery at practice
Posted by tidders2 at 11:29