I've finished a few oddments off for my 40mm project; a couple of extra militia/brigands, 3 jagers and 3 mounted jagers (conversions). The gaming table has received some new scenic backdrops (from Guagemaster), they have less sky in them but give a more in the landscape feel.

A forward scouting group of jagers encounter some brigands, the mounted jagers come up in support - the rest of the Kings Jager company will be along shortly to support them; the brigands will likely run off back into the woods when they arrive. 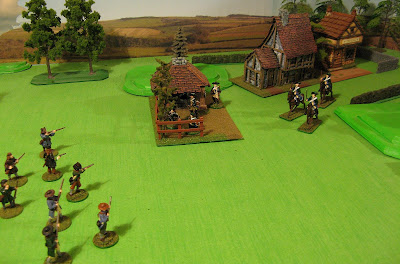 A closeup of the mounted jagers (Sash & Sabre heads on Irregular Miniatures bodies, with horses cast from a Creartec mould). 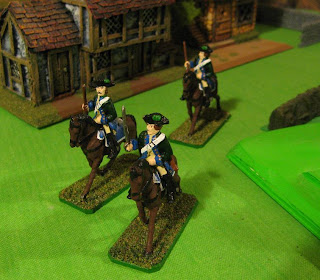