Late one sunny afternoon the King gets a pleasant surprise as the Garde Suisse regiment puts on an impromptu parade with the guard infantry band providing some appropraite music. 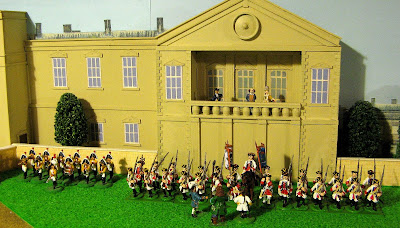 The King inspects the Garde Suisse and stops occasionally to talk to some of the men ... 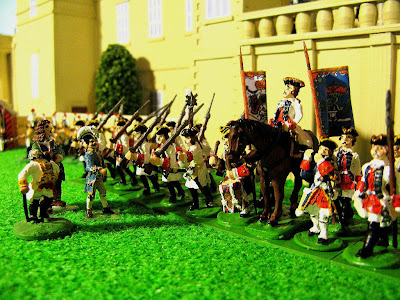 The King congratulates the Colonel on the turnout of his regiment .. 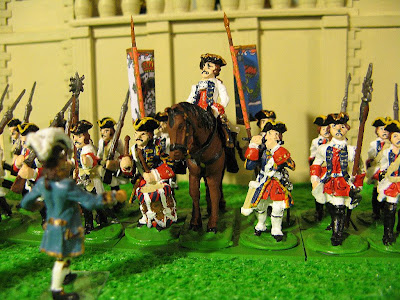