After finishing my bridge over the river oudear I had a lot of 'minibrix' left over; I had a couple of fortress type guns sitting in the 'what to do with?' pile - aha ! a fort could be useful. I had enough minibrix left to make up a few wall sections and two gun positons - these were based on cardboard and sprayed with grey primer.

In the lower reaches of the province of Tripavia, in the south of the Kingdom of Wittenberg sits the small garrison town of Zunder. The fort is the local recruitment and training centre for the Wittenberg army; it is manned by a company of garrison troops. Currently in training are some replacements for the Boritzy Freikorps grenadiers (who suffered heavy casualties in the last raid by Saxe-Jarslberg), plus some artillery crew practicing on the fortress guns.

The fort from the sharp end (it faces a small gap in the range of hills that is the border with the Imperium). 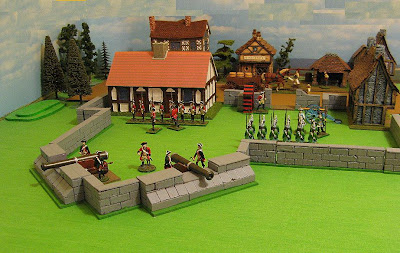 A view from the side 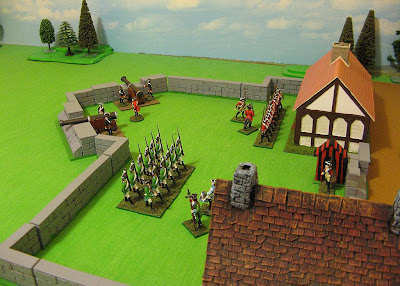 A view down the main street of Zunder 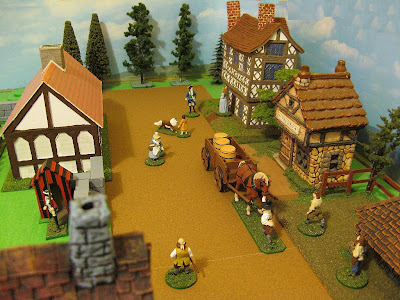