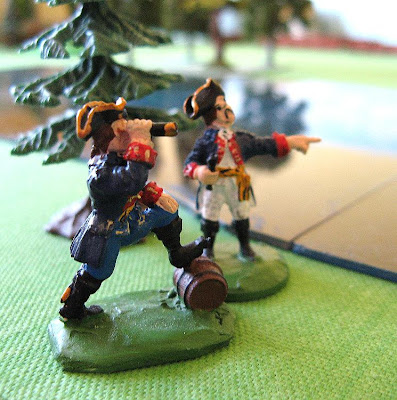 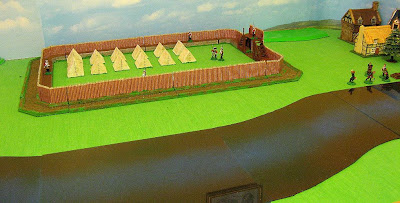 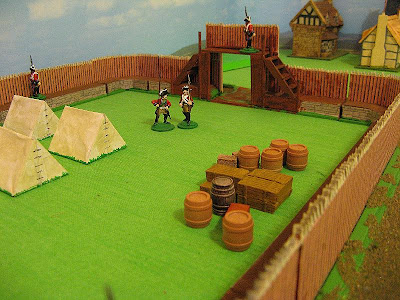 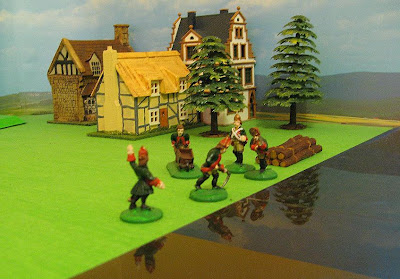 [palisaded fort made from cardboard and foamboard, the palisades were made using printed papers stuck to each side of a piece of cardboard - then the top of the cardboard was 'nibbled' out to get the stake points, you can get some idea of how the palisade sections were done at http://saxons-and-vikings.blogspot.com/2009/05/palisade-gateway.html]
Posted by old-tidders at 10:41