I've been working on a second alternative bridge to use with the piers/ramps used on the one shown in the previous post. This will be a 'lifting' bridge, have made the basic parts of the bridge, shown below with the 40mm chaps 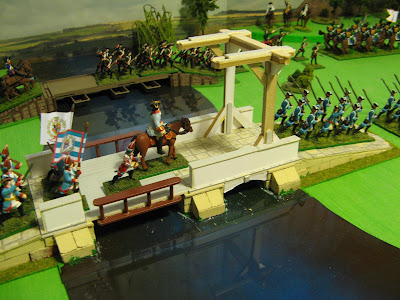 It won't be a working model, but will have indication of the ropes and winding mechanism, I'll probably have two configurations for it one down and one raised.
Posted by tidders2 at 10:08