Monrovia - Commander of the Army of the East

I've decided to update the basing of the command staff figures for my armies. I eventually decided on using an octagonal base; below is the one for Monrovia's Army of the East. On the left is General Zortmund and the right his aid Colonel Sierpinsky (figs - Front Rank). 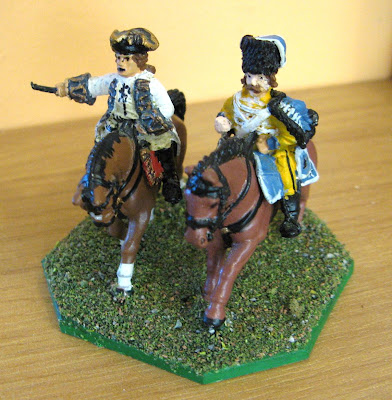 General Stricknein was commander of the Army of the East - I wonder what's happened to him ? Retired, demoted or what ?