Monrovia : in the King's Council Chamber

At the palace, in the King's Council Chamber, the Chancellor and the King Francis III of Monrovia are in discussion ... 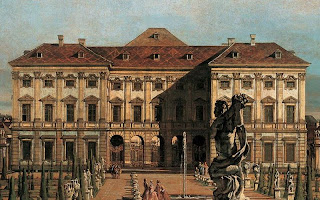 Chancellor: Our army is nearly fully mobilised and has undertaken some field manouvres. We have intelligence on the Wittenberg army, they have placed a corp of observation in Upper Belgravia, although we don't believe they are fully moblised yet.

King: When will our army be ready for taking offensive action ?

Chancellor: From the reports I have received it will be al least 3 months before they are fully ready.

King: We cannot threaten Wittenberg from the south as they border the Imperium, who have no interest in our squabbles, if anything they are likely to put pressure on us if we act when they are not distracted elsewhere. Do we have the support of Saxe-Jarlsberg and Hesse-Limburger ?

Chancellor: Yes, they have signed the usual treaty and have agreed to supply 2 regiments of infantry, 1 of cavalry and a battery of artillery.

King: We need to find out the intentions of the states to the north of Wittenberg. We can make no concrete plans until we know which side the Duchy of Fenwick is going to support or whether they are going to remain neutral as they have done in the past.

Chancellor: The Duchy of Fenwick is being non-committal in discussions with our ambassadors, they are always polite but always ask for extra assurances, more clarification of treaty points etc. I believe they are prevaricating. Their fortresses which control access through the mountain passes along their border with our country have been re-inforced.

King: What of their army ?

Chancellor: A small force of troops is mustering ready for foreign service although we don't know who for. They have already supplied a regiment of infantry and a battery of artillery to the defence of Tipplebruder; we believe the cost of this was paid for by the Kingdom of Wittenberg. As to the rest of the army it has not yet started mobilising. They are rumours that Prince Maurice of Fenwick is reviewing all current arrangements for troops in service with foreign powers and may be going to terminate some of his contracts or raise the costs when renewal is due.

Chancellor: Yes your Majesty, our ambassadors have been well received and they are willing to discuss a treaty of alliance.

Chancellor: They refused to meet our ambassadors, on the grounds we have been in contact with Stagonia. In fact our ambassadors were rudely treated and ejected from their country.

King: Thankyou for your time Chancellor, we will consider the information you have given us and I will talk further with you on these matters.
Posted by old-tidders at 05:12