The King has travelled to the Zinzendorf province to see for himself the current situation,  inspect defences and review General Waldeback future plans and schemes to defend the province and keep the Begovians at bay.

The King (in blue), with his Field Marshal the Duke of Wittenbuffel (white/green facings) and his cousin von Tiddenheim (in yellow) are reviewing some troops... 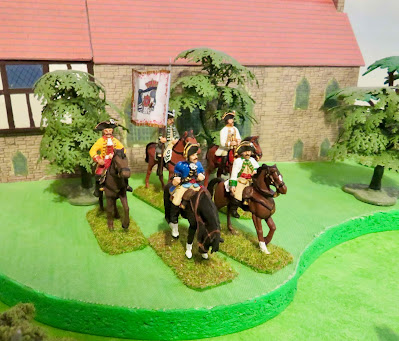 the heavy cavalry (kurassiers and dragoons) 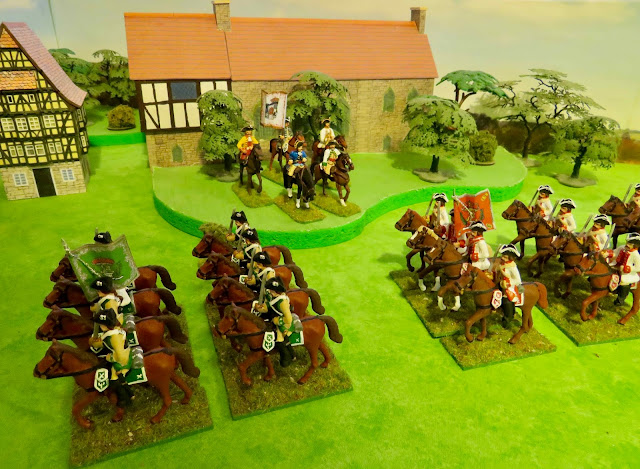 and then the grenadier battalion .. 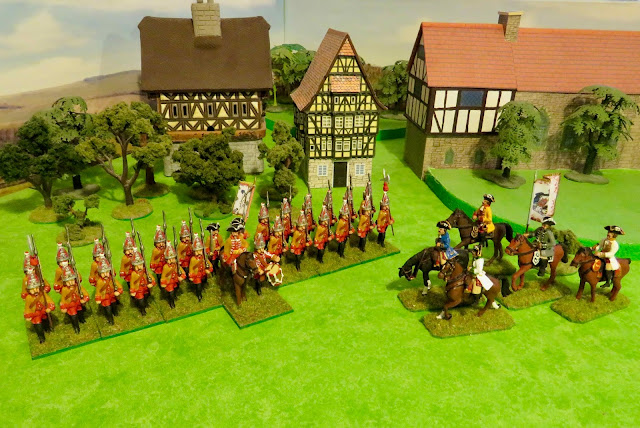