With enough compound to make another mould, I decided to add a couple more items for the Ottoman style Begovian army. A heavy cavalry man with mail coat, modifying my generic light cavalry figure, which could be armed with sword or lance 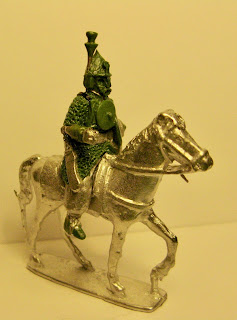 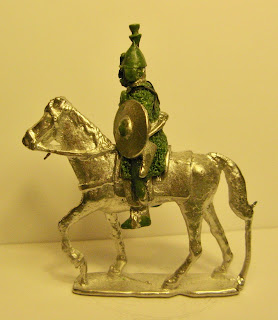 An infantry figure, based on the advancing one, some type of balkan allied infantry; could be used in 17C as a dismounted croat as well

will be working on the mould over the coming week....😀
Posted by tidders at 06:23