As part of my 40mm sculpt and cast project for my 17C armies, I had a spare slot in a mould and decided to use it for a 'fantasy' janissary (see the green for it here). The mould turned out well and I've cast up a unit of janissaries. Some castings have been modified to make up officers and a standard bearer. 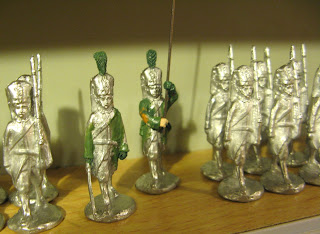 Currently in progress is a drummer and a mounted officer... 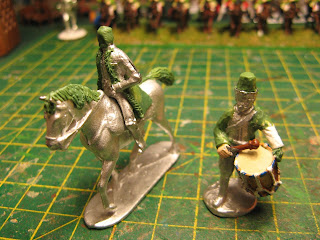 These chaps are most likely going to be added to Wittenberg's friekorps, although I have another idea for them - more at another time if the concept comes to fruition.
Posted by tidders at 03:32