Duke Maurice has taken time out of his busy schedule to inspect a re-equipped infantry regiment, this will replace one of the units in the Wittenberg Legion stationed at Gugenstadt. 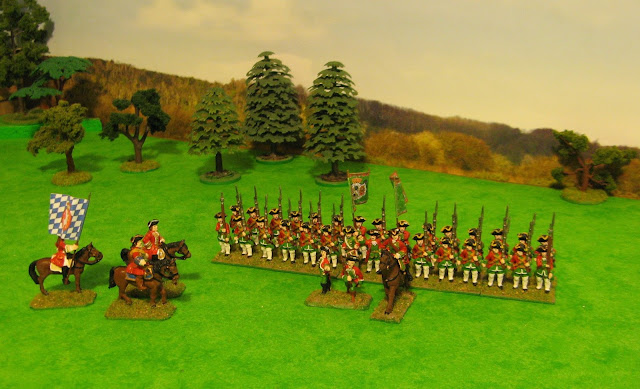 [ This is a re-conditioned unit, it was french regiment de Lally.  It now has a uniform that is similar to that of one of regiments of Saxony in the early 1730's, plus new flags in a Saxony style.

More Duchy of Fenwick units to come as I work through the boxes,  basically red coated cavalry and infantry - in a melange of uniforms Saxony (early 1730s), Britain (so they can have alternate flag bases for colonial use) and Hanover...]