The tools and stuff what I use 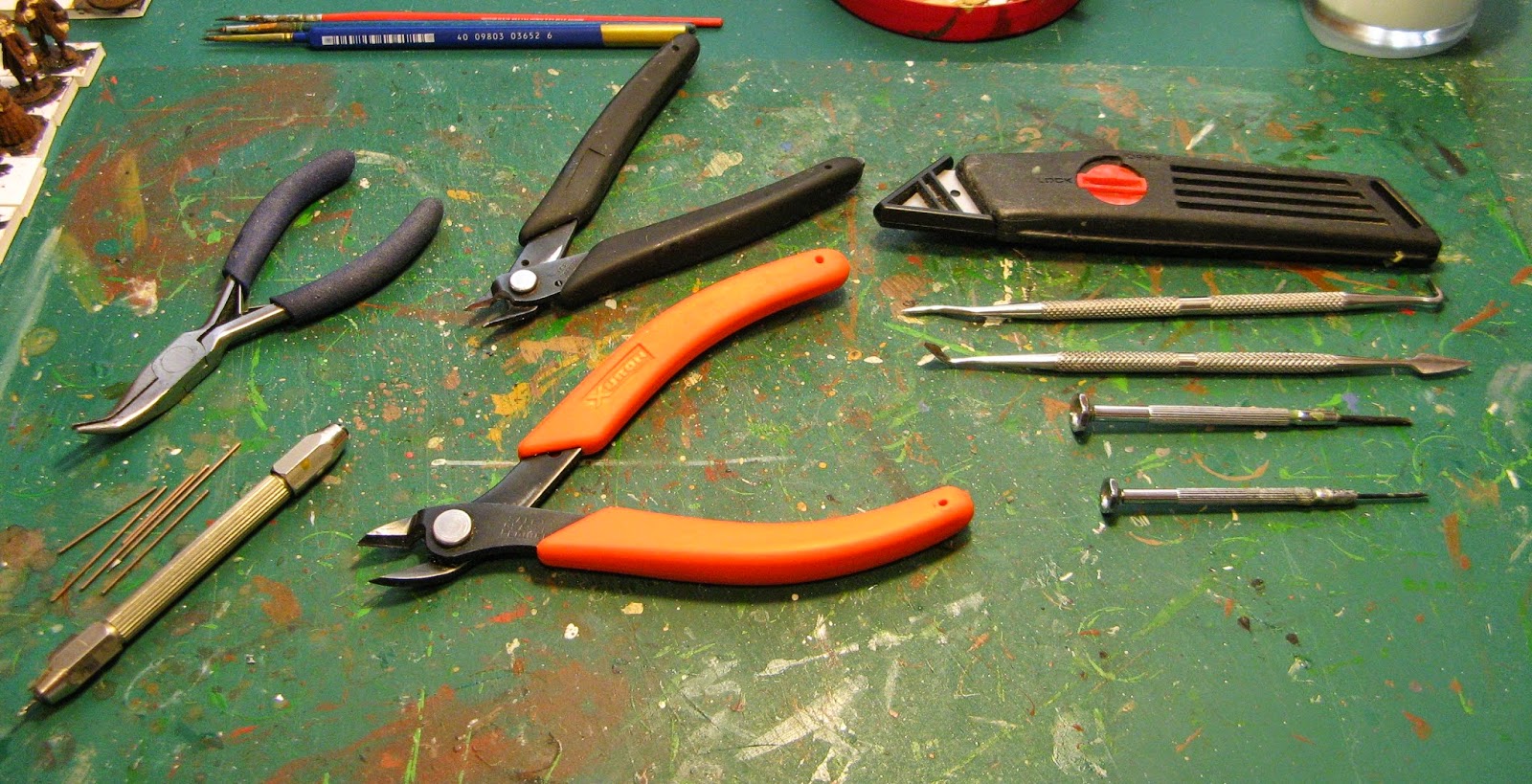 I prefer a pin-chuck as I can only stab myself with the bit, rather than drill a hole in myself using an electric powered mini-drill. For cutting bits off figures I use a good strong pare of snippers - the orange handled pair (normally used for Xuron OO/HO model railway track cutting). For moving arm position I use the pin-nosed pliers.

First one using the standard advancing figure - first I cut off the musket & hands, raised up the left arm, re-positioned the right arm and stuck a new musket into position. For sticking smaller parts I use a dab of Evo-Stick on one part and a dab of super glue on the other. 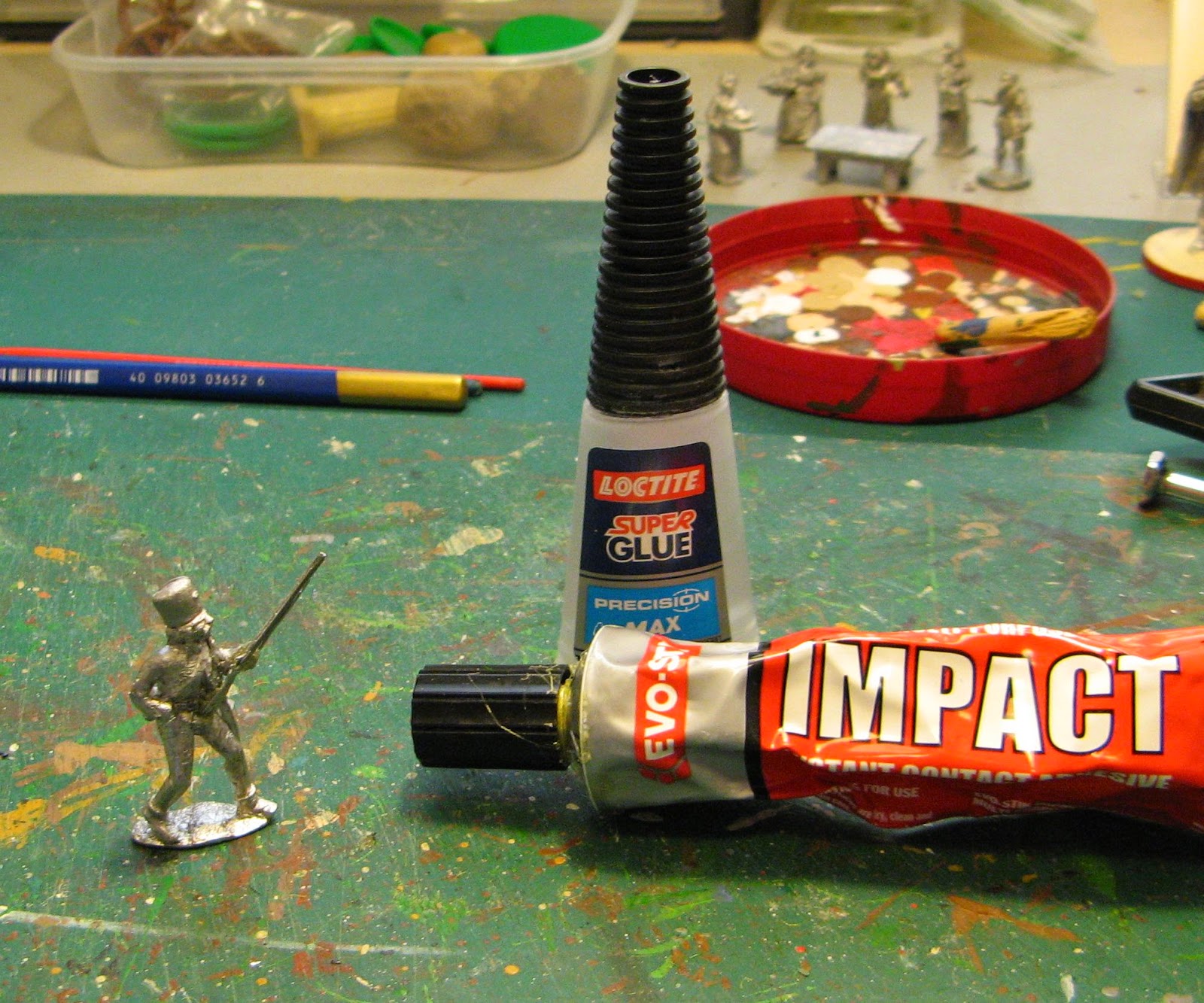 Next up a marching pandour based on a Hungarian march attack figure - a head swap, new musket and the coat tails removed - all the bits laid out 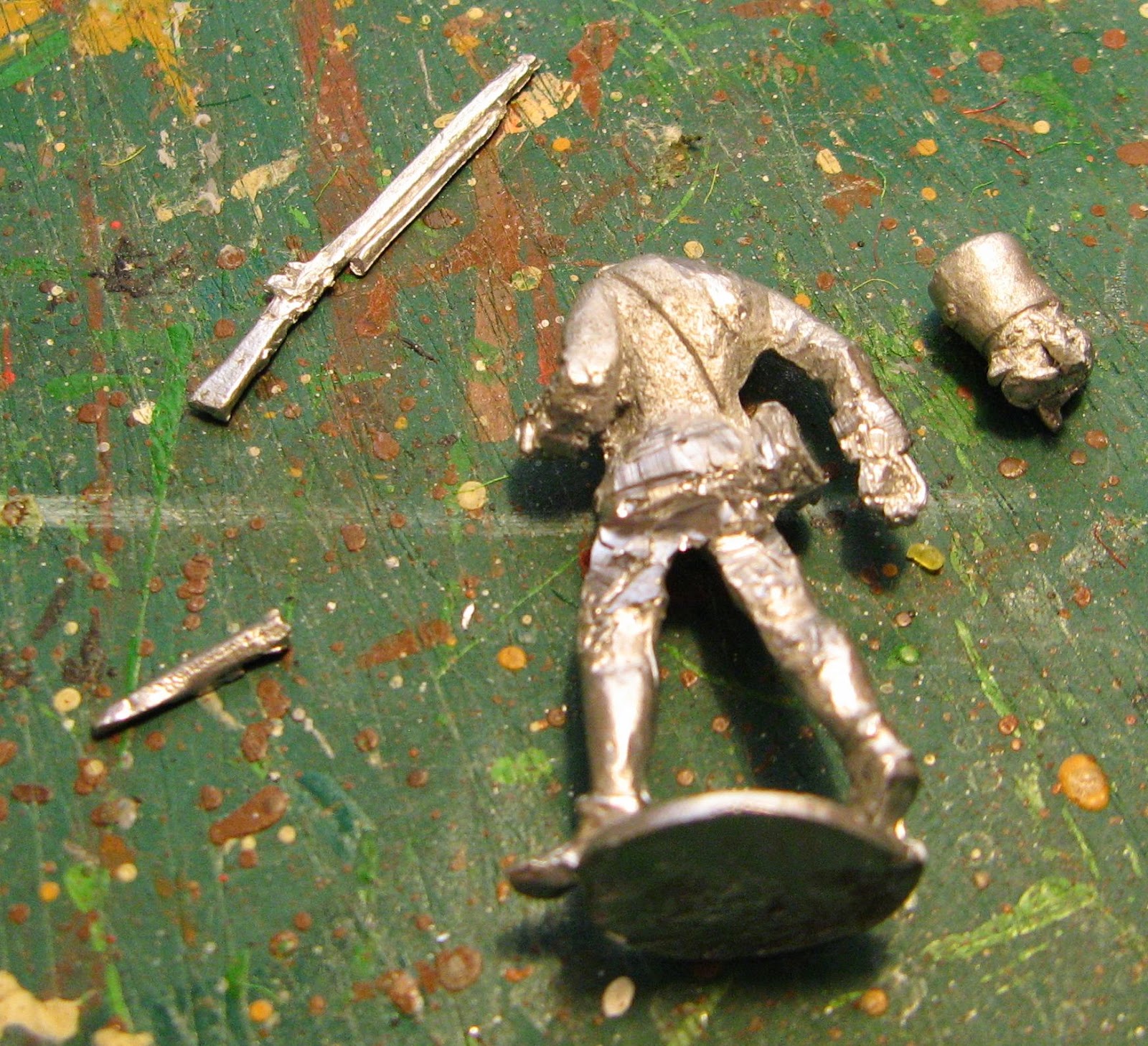 All put together, using some green stuff to attach the head,

Next a pandour carrying his musket; this time after cutting of the musket&hands I repositioned the right arm, for the left arm I've added a new one part made of wire and the cuff of the original arm 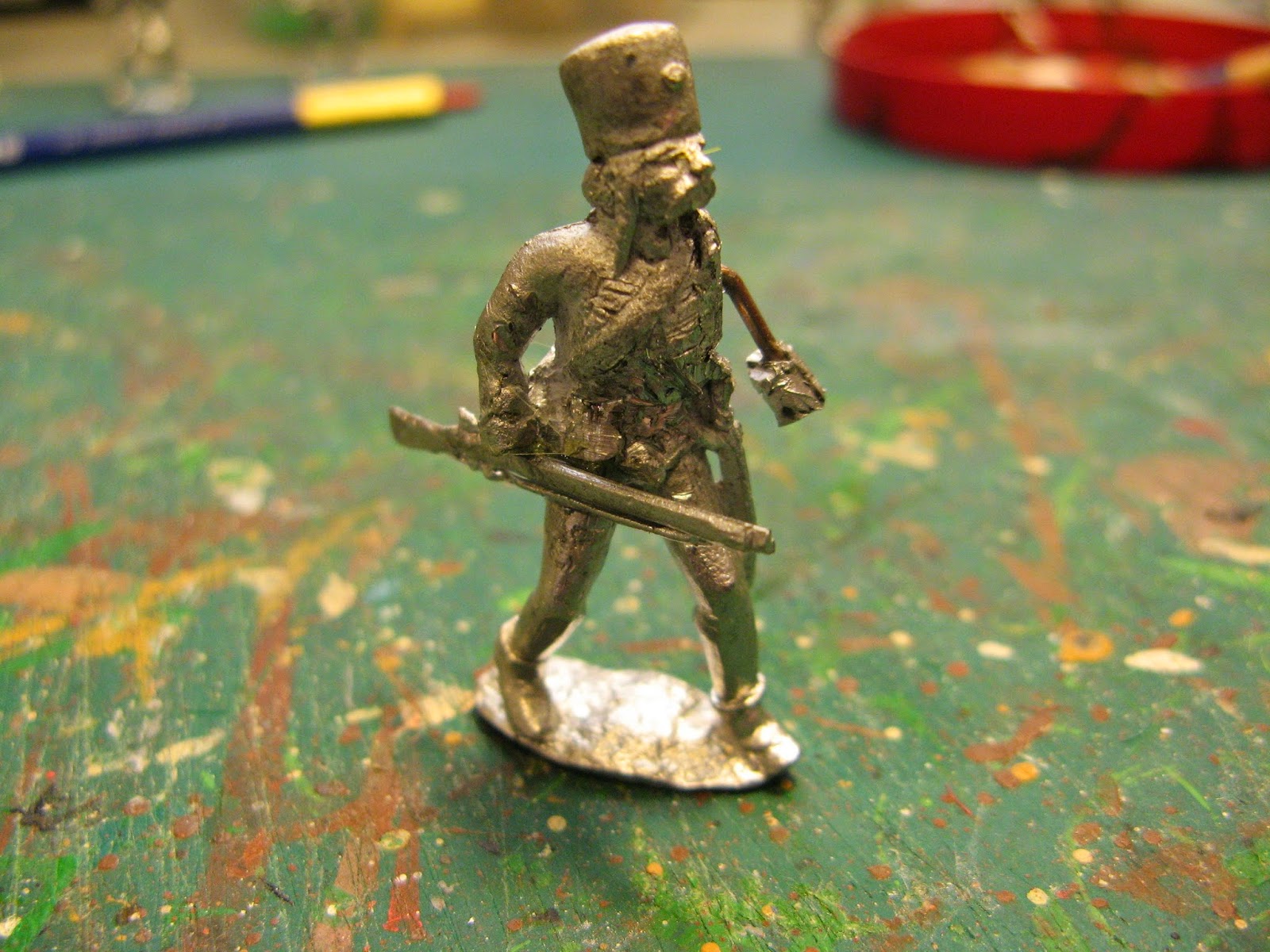 I usually leave the figures for a day to allow glue and green stuff to set. Then I add missing hands and do any additional re-buiding.

All three finished with new hands where needed, plus a new arm for the middle chap using green stuff. 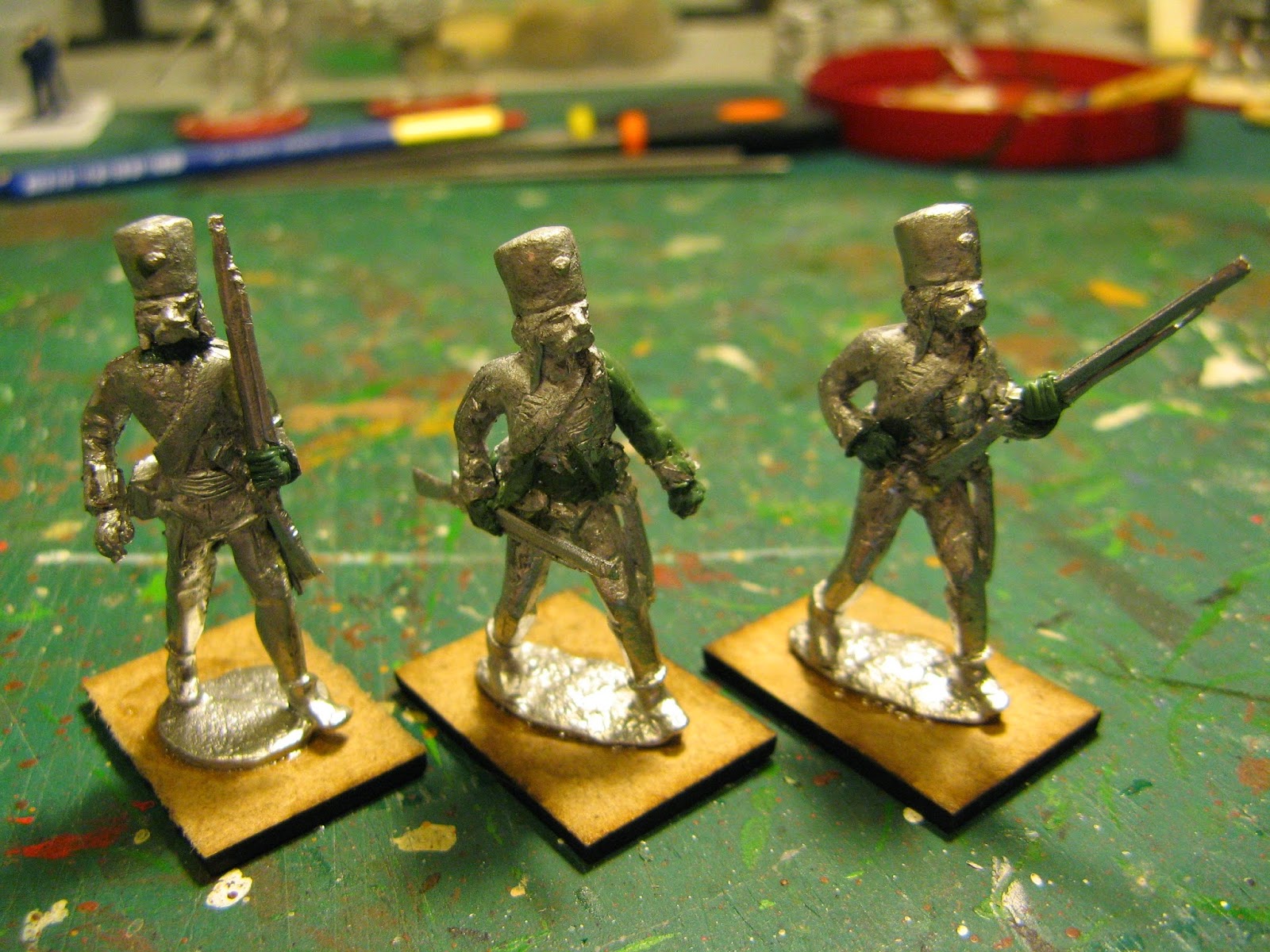 Now to decide the on the poses for the next batch of three.
Posted by tidders at 10:50