With Saxe-Jarslberg involved in the border wars with Wittenberg, they have been unable to supply troops according to their nominal treaty obligations to Monrovia. So the the Monrovians have requested one of their other allies the Principality of Munsterkasse to make up the numbers.  Below you can see the infantry regiment raised from the towns of Edamme and Goudarre, they seem to have not coordinated their purchasing of headgear. 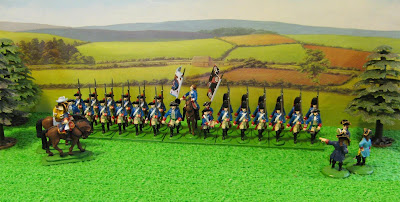