With the Monrovian army refurbishment done I thought it time that the Wittenberg army deserved a bit of a tidy up and t.l.c. ; a rework of command stands and basing initially - maybe replacing some of the cavalry. As the Wittenberg army is based on that of Saxony; I have been doing some reading. 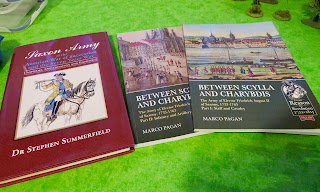 I've had the Summerfield Book for a while, but bought the Helion books recently for extra info. Also will refer to SYW Project website as well. Overall, there are 15 infantry units and 11 cavalry units to be worked on. The new figures for the infantry (~40 command figs from various sources) and new horses for two units of the cavalry have been obtained. I'm about halfway through the refurbishment at the moment. A couple of completed units ..... 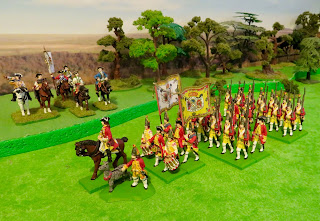 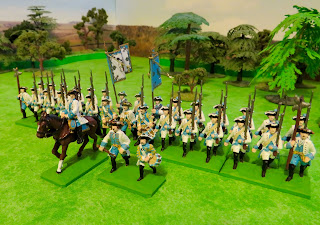 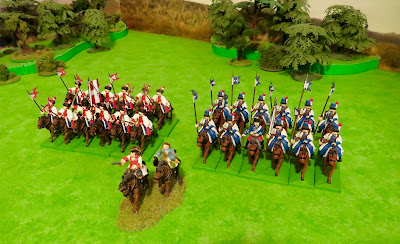