I've have just finished doing some major work on my table riser sections to make them more useable; plus making some harbour quay sections.

I made a set of 1 inch thick risers with coastal sections a few years ago when I was building my pirate collection - these however didn't have standard sizes that matched the hill sections I made later [ bad planning there :) ]. So a lot of cutting, sawing, gluing has been done to reduce sections to compatible widths and depths (in multiples of 6inches); additionally I cut the coastal beach sections off so they were separate. 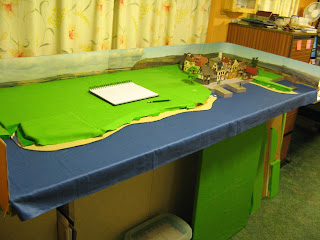 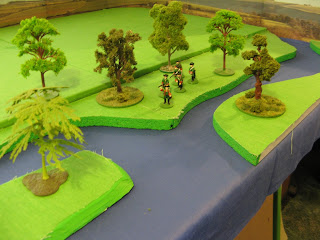 For the coastal sections I folded over the fabric I use for the covering and filled in the gaps with some foamboard to represent 'low' sandy cliffs. After painting and touch-in they came up nicely 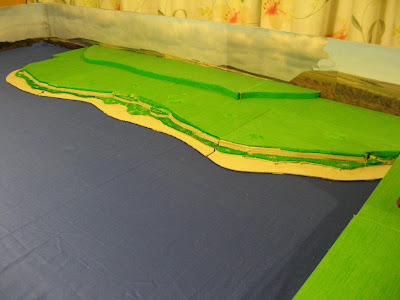 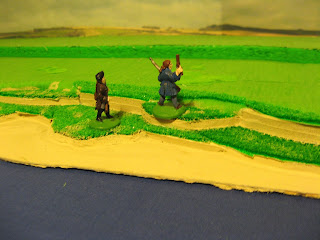 Where did we leave the picnic basket ?

I acquired a load of PlayMobil castle sections off Ebay last year, having put aside the parts I wanted I was left with loads of spare joiner sections which looked useful so I put them in a box for use later.  Once I finished the riser sections I decided to use them to make some harbour quay sections. After a bit of fiddling I found a combination of that made a up the basis of a quay section. 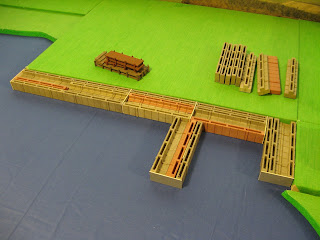 After making all the sections, I covered the tops and ends as needed with thin cardboard; after that I made a couple of wooden jetties from plastic and cardboard and hibachi skewers 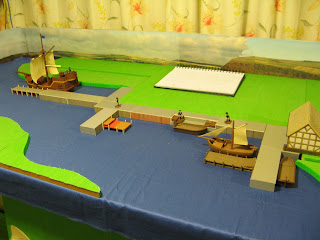 the underside of the jetties before painting ... 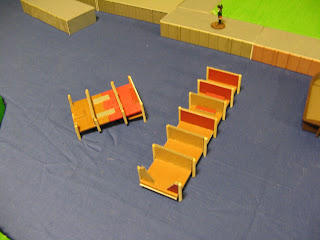 To finish off the quay sections I covered the sides with  stone effect paper and the tops with Metcalfe 00/HO cobble sheet. A trial layout with some buildings .... 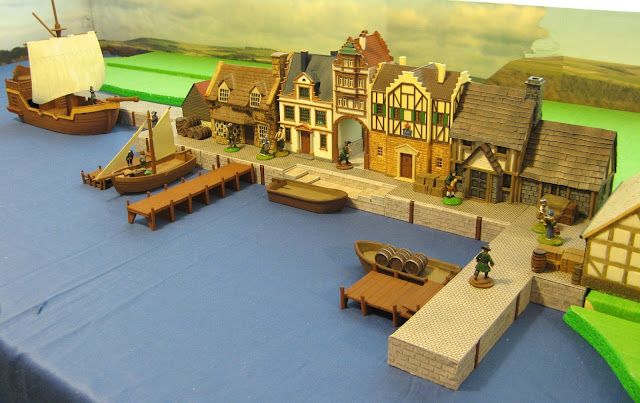