Saxe-Jarlsberg: The Army re-organisation has started ....

After the last unsuccessful campaign to gain ground in the Hoflandt Count Pottensdorf has initiated the army reorganisation. The Herzog is taking an active interest in this and has been busy inspecting two units, the Garde De Corps and the Volschen Fusiliers 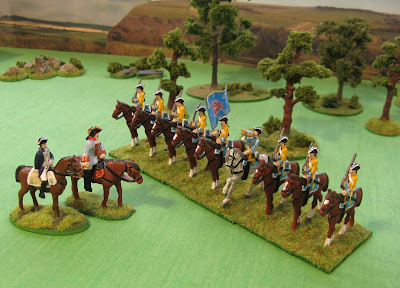 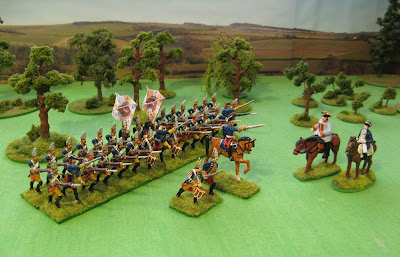 [ the Garde De Corps, uniform as close as I could get with the figures being converted dragoons.

the Volschen Fusiliers, I bought two ~20 figure battalions earlier this year. They were nicely painted and I decide to create one thirty figure unit out of them, carefully painting up some of one battalion to match the others plus adding some new drummers and officers from the new PA prussian moulds]
Posted by tidders at 04:13