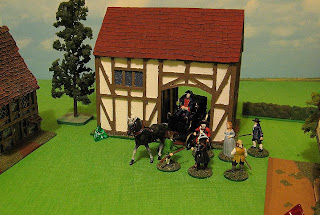 Colonel Drosneyer, commander of the garrison at Vanderhof, along with his daughter have been captured by brigands in the small town of Bremagen. The brigands are waiting to hand over the General to some Saxe-Jarlsberg troops which have crossed the river Oudear.

Concerned at the late arrival of the General, Count Soborksi has taken the Boritzy grenadiers and the King's Jager company to investigate. 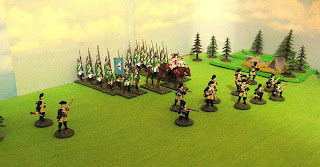 The Game:
As Count Soborksi nears Bremagen he orders the jagers to clear the houses and woods on his flanks. Along the way, they run up against some stiff opposition from brigands 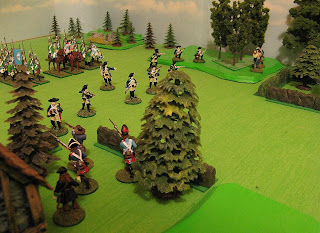 After a short while the jagers clear the first two houses and their surrounding areas but not without taking a few casualties. They move on to investigate some woodland, while the grenadiers follow them .. 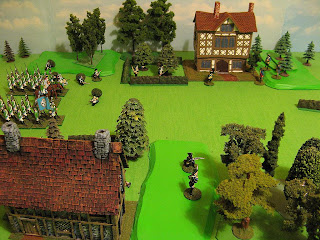 The jagers lose more men but manage to clear the woodland, they fall back to protect the rear of the grenadiers column. The first company of grenadiers form up to bring their firepower to bear on some brigands in an orchard on the edge of Bremagen. 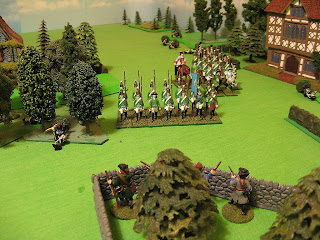 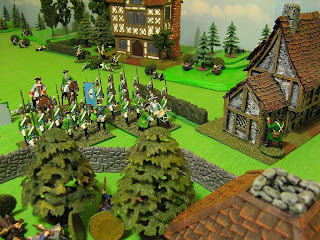 The last of the brigands charge the grenadiers as they enter the town and a sharp hand to hand melee ensues .. 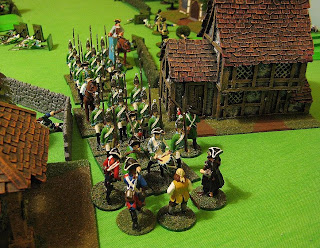 With neither side gaining any advantage the brigands pull back to get their breath; mean while the Colonel's daughter has made her escape while her father fights off a couple of brigands .. 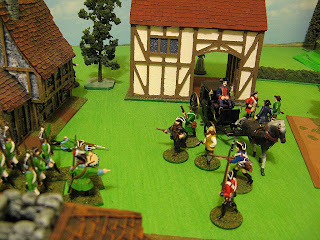 Seeing the rest of the grenadiers moving forwards they sensibly make a run for it ... The Colonel has killed one brigand, the other got away .. 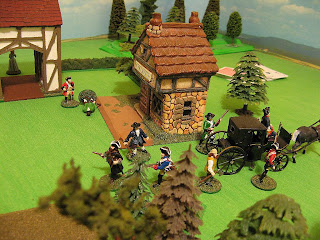 The commander of the Saxe-Jarlsberg troops which were nearing Bremagen seeing the grenadiers in the town decides not to take any risks and moves away to cross the border to safety. 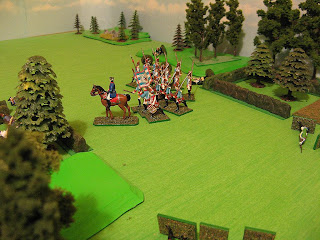 The grenadiers now have control of the town. Count Soborksi checks if the Colonel is alright; while Captain Scharfe of the jagers brings the Colonel's daughter into the town. 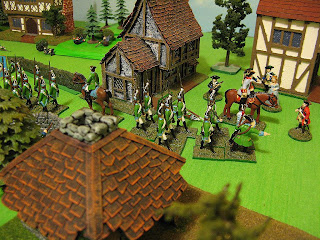