The Rescue of the Count de Monet

A game using 40mm figs. Rather than have a long narrative with some photos I decided to show all the stages of the game which we enjoyed playing (so lots of photos).
--- 0Xo ---
Scenario
During the raid on Saxe-Jarlsberg their chancellor, the Count de Monet, was captured
( see http://tidders-kingdomofwittenberg.blogspot.com/2009/05/trouble-with-truffles-or-how-not-to-get.html). The raiders also captured his wife, who was staying at a local Inn. The captives have been taken back across the border to Wittenberg (in the southern part of the province Upper Belgravia) and are being held at a hunting lodge near Kleinhaus while arrangements are made to take them to the provincial capital of Heidelheim. The Herzog of Saxe-Jarslberg has ordered a rescue to be attempted.

Its early in the morning and the Count de Monet (in the blue coat) and his wife are to be allowed to have breakfast outside. The detachment of local garrison troops assigned to guard them is posted around the perimeter and is on the alert. 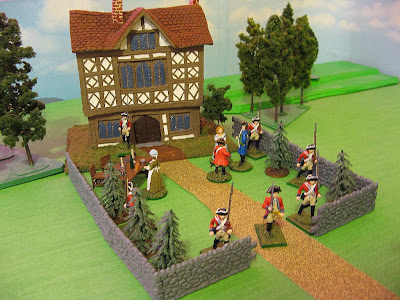 A company of the local militia is supposed to be guarding the crossroads near the tavern, it would appear they are still inside and asleep, altough the ladies of the tavern are up and about looking for trade.. 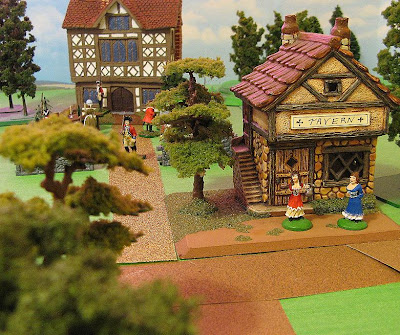 The Saxe-Jarlsberg troops crossed the river Oudear by boat during the night; 2 companies of infantry were left to guard the boats. Early in the morning the rescue column of 2 companies of musketeers, 1 of grenadiers and 1 of jagers set out. Here we see them crossing a tributary to the river Oudear on their way towards the hunting lodge. 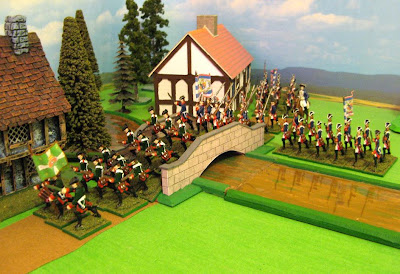 A small group of uhlans are on patrol, on seeing the approaching troops they ride off to alert the local garrisons. 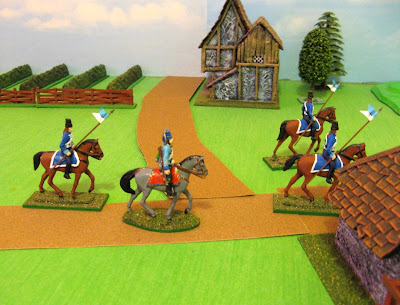 The Saxe-Jarslberg rescue columns is now marching at full speed down the road towards their objective .. 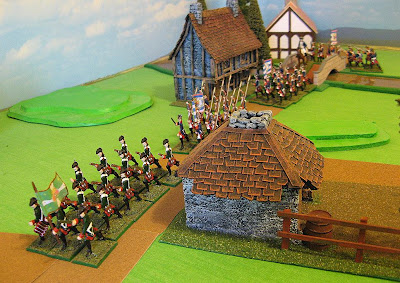 One of the local militia men has got up to start his guard duty and is engaged in pleasant conversation with the tavern girls. A mounted uhlan officer rides by shouting Alarm ! Alarm ! 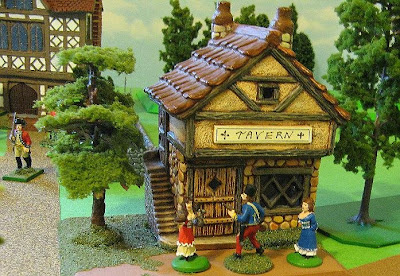 He manages to rouse some more of the militia who come outside. Only to find themselves under attack ... The garrison troops guarding the captives form up in the hunting lodge gateway. 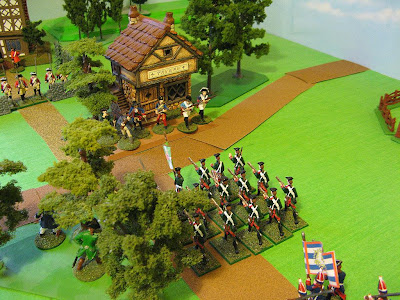 While the jagers deal with the militia in the tavern the grenadiers charge the hunting lodge gate and start to fight their way through... 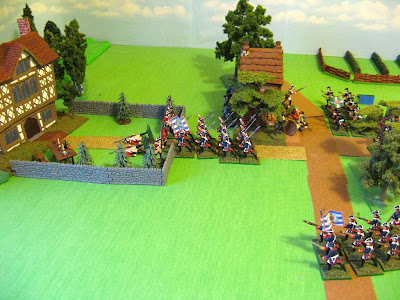 The jagers see off the militia in the tavern and turn to deal with another company of militia who have arrived. Meanwhile the grenadiers have fought their way into the hunting lodge grounds.. 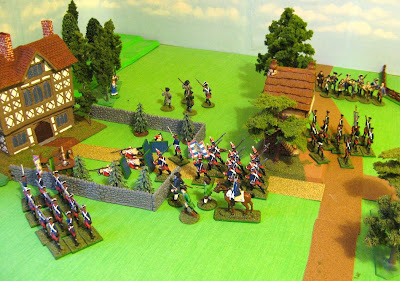 The Count de Monet and his wife are located, they prepare to leave .. 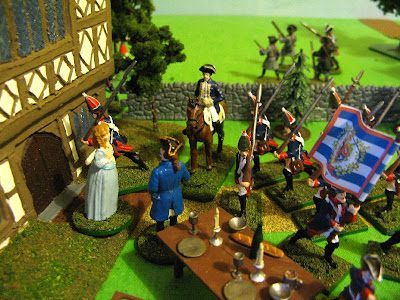 The rescue column is now on their way back. The Count and his wife and being escorted by the grenadiers. 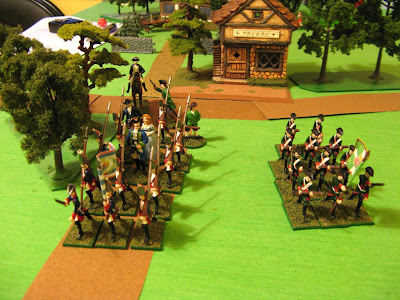 A company of Wittenberg Boritzy freikorps grenadiers responding to the uhlans alarm arrive near the river bridge; as they form up in line they are subject to withering volleys from the Saxe-Jarlsberg company guarding the bridge. After suffering heavy casualties the they retire back down the road in good order. 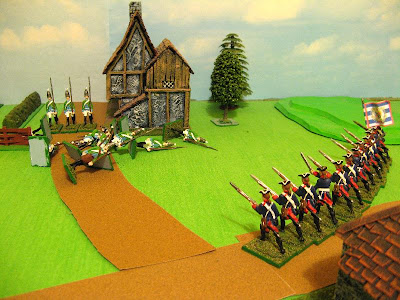 The rescue column has reached the bridge guard and is is nearing safety ... 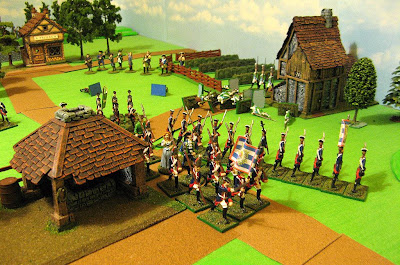 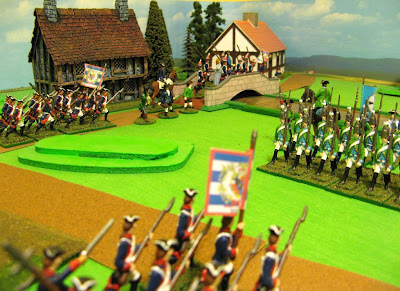 The grenadiers cross the bridge, the count looks round to see how close the pursuers were .... 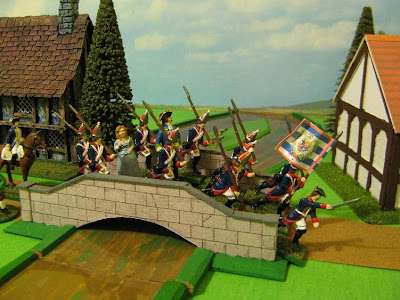 The flank guard company makes a last stand, it is surrounded by Boritzy freikorps grenadiers and jagers. 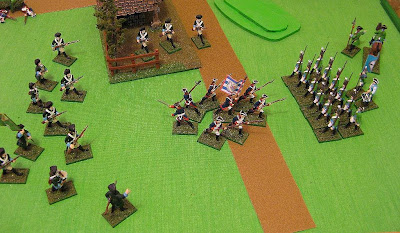 The rescue column finishes crossing the bridge, the order is given. The charges are detonated and the bridge is demolished. They have succeeded, and make their way back to the boats to cross the river Oudear. 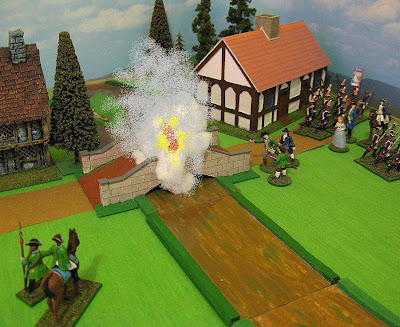