The whole of the Wittenberg Guard due Corps were sent to escort the Reich Duke's party to the Palace. King Leopold wanted to ensure that there were no problems this time. 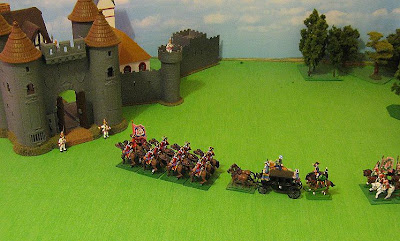 Reich Duke Wilhelm with his retinue and escort arrive at Wittenberg
The Reich Duke is arriving in Wittenberg during the time of the King's coronation anniversary celebrations.
Posted by old-tidders at 03:23