Stages of a Siege (tracking down a picture)

! Happy new year everybody !
A few months ago I bought this nice coloured engraving of a siege in a charity shop for £5, (the engraving is about 16 by 9 inches). It seemed familiar but I couldn't place it. 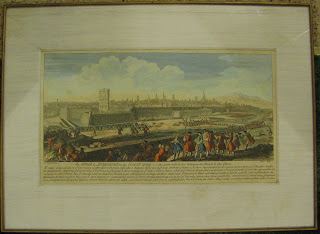 We had some visitors today and I showed them the picture which is in our hallway, we talked about it - then I remembered the skyline - in C.Duffy's Fire and Stone book there is an illustration showing an engraving of siege - same skyline. A bit of digging on the net revealed there were a set of six, by J.Rigaud published in 1732 of the siege of Barcelona ( I have no. 3 in the set one from a later coloured english edition). So I did some further net searching and got images of all 6 of the original english edition, here they are for your enjoyment (click to englarge): 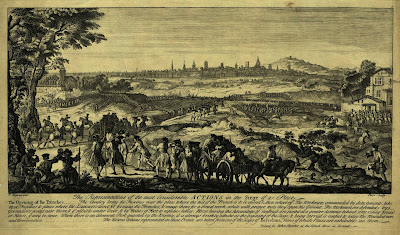 1- The opening of the Trenches 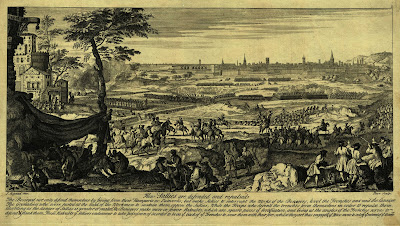 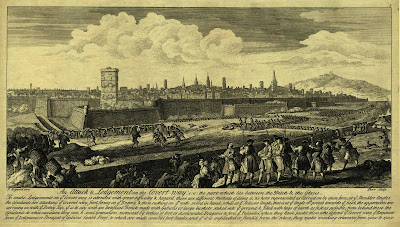 3-Attack and Lodgement on the covert way 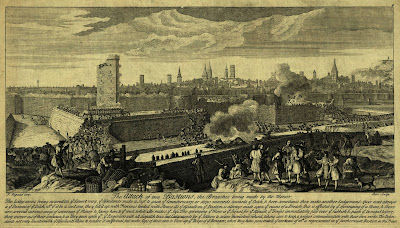 4 - Attack on the two Bastions 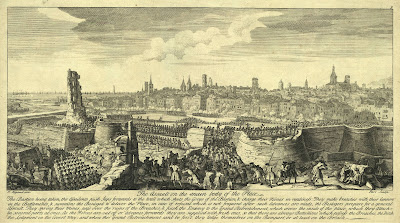 5 - Assault on the main body of the place 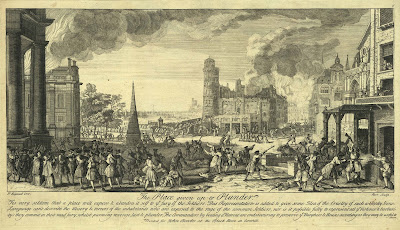