I decided to start on the secondary nations with the artillery, I had some guns already painted but was not happy with the gun crew, so I bought a pack of Old Glory Prussian Artillery crew and sorted them into sets of 4 figs, enough for 4 guns, rest consigned to spares for conversion. 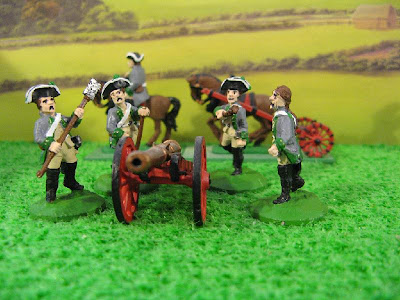 Next Wittenberg's ally, the Duchy of Fenwick (uniforms based on Hanover) .. 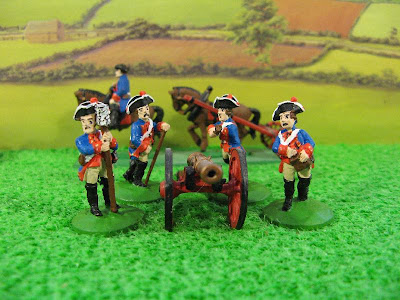 I have two crew sets left to paint, and also I need to buy two more guns and limbers.
The last battalion of the Wittenberg Boldovian army corps is nearly finished, it's sitting on the painting table waiting final 'touch-up' and basing. When that's done I can get started on the little pile of RSMs I have.
[figs: Gun Crew - Old Glory; Guns + Limber - Irregular Miniatures]
Posted by old-tidders at 01:47