King Leopold has returned from a diplomatic mission. He had travelled to the northern part of the Duchy of Fenwick for a meeting with the Duke of Zomverre and representatives of  Gallia to discuss Monrovia's aggressive activities in the region. Gallia is to send an ambassador to to Monrovia to express their discontent with their attack on Zomverre, the Duke of Fenwick has offered more troops to support the Duke of Zomverre's army. 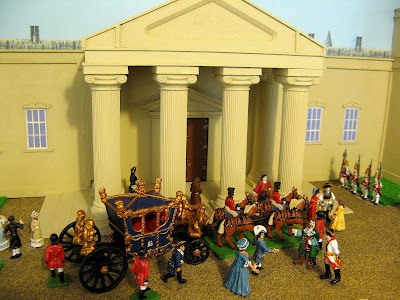 ---oXo---
I've been away for the last week on a training course in Paris to do with my new job. Nice to travel but I did miss not being able to sit down at my modelling desk and get some painting done. I've been keeping up with everyones blogs using the TV Internet in the Hotel I was staying at. Managed to get out to see a couple of things during the evening, including the Eiffel tower. 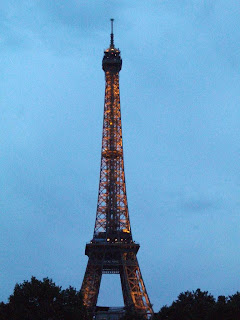 Its nice to be back home, on the modelling desk are some 40mm jagers to finish, I'm looking forward to painting them.
Posted by tidders2 at 05:35