I've been slowly working my way through plastic animals from various sources.

I bought the 1/48 Pegasus Gold Miners set, the mules in the set are suitable for 28mm, whereas the figures are about 38mm in height and I'll make use of those later.  I decided to make up some sabot bases for the mules so their handlers could be swapped out. I cut some card board bases out and used some thin clear plastic for the underside 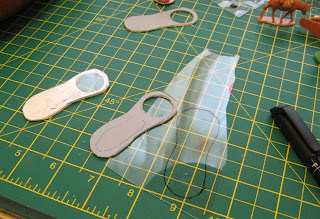 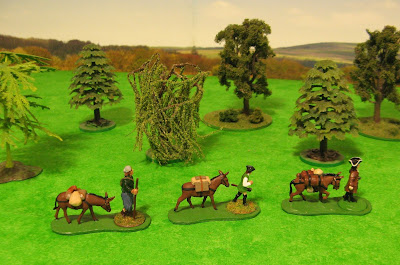 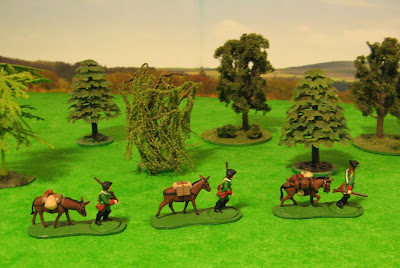 Pegasus also do a 1/48 farm animal set which may be useful.

40mm Calves and Foal
The animals from the plastic tubes (see previous post) were rather variable in scale; so the larger ones have been used to represent younger 40mm animals

Two were just about the right size for calves 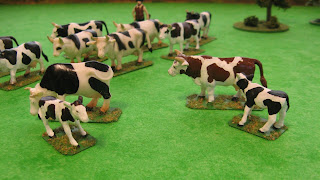 and one for a foal 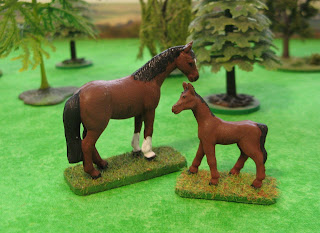