On Guard at Villa Rondiso

Count von Balderdash, secretary of war for Monrovia, had come under immense scrutiny following the failed attempts by Monrovia over the last couple of  campaign seasons to successfully invade and annexe Zomverre and Pelardon; there were allegations of skimming funds, accepting bribes, awarding fake contracts etc. Fearing for his liberty the Count decided to escape across the border into Wittenberg.

After getting into Wittenberg territory he had been picked up by the authorities and was being held at Villa Rondiso, near Kirkhof, under guard awaiting transport to take him to the capital.

Captain Scharfe tells the night watchman to be extra vigilant... 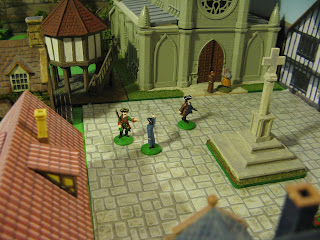 Pilgrims and the sick take the waters at the healing spring near the church of St Barnabas... 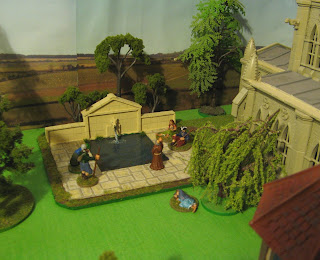 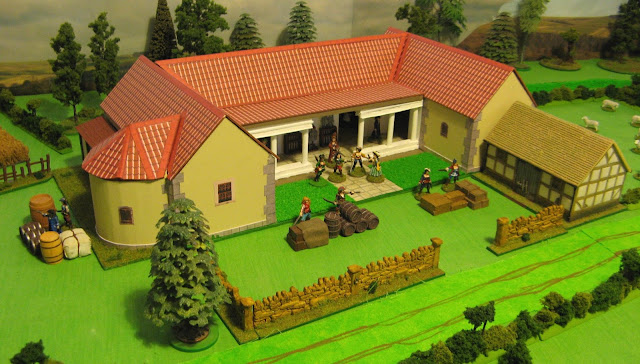 Captain Scharfe checks with the Grey Rider before turning in for the night at the inn.. 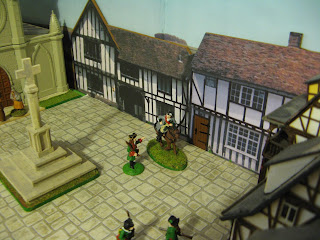