I wanted to represent the mounted general staff of both Wittenberg and Saxe-Jarlsberg on foot, so out with the green-stuff and a few sessions of work managed to get them done.

I tried to choose figures, heads etc that matched the mounted rider as close as I could, where necessary a bit of extra green stuff has been added to the mounted figure to match up.

Here they are in shown the raw before they get painted, next to their mounted counterparts. 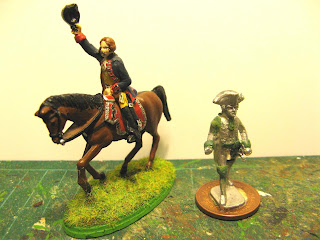 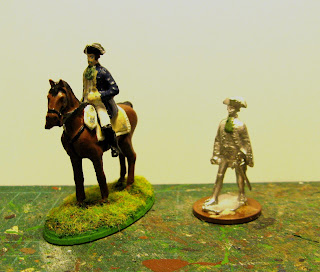 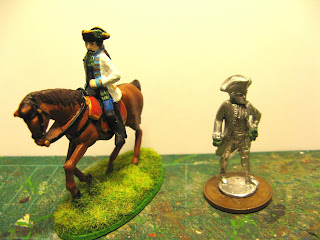 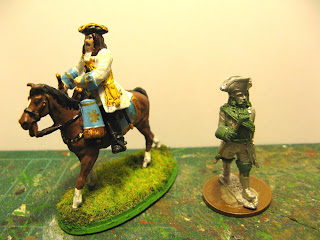 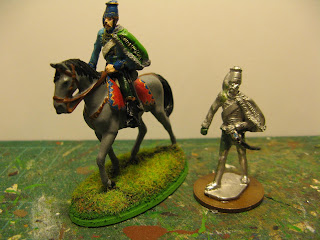