I've been checking out my larger houses which I use for 40mm gaming and realised I could do with a couple more. I wanted something which was neutral enough for 18C and also to be used for my ECW gaming. I found a nice half timbered building picture in a book which showed the front and and one end. I scanned these, scaled then up and printed off two copies on 120gm paper. After some careful cutting I stuck them onto card to ensure everything was square and lined up. 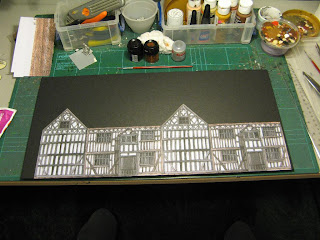 Each section was cut off the card, then the house was assembled (with internal bracing) and stuck on a base. 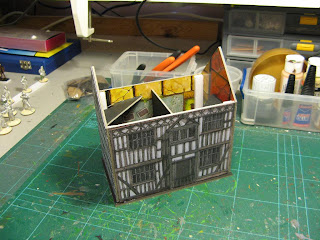 I added a roof covered with some paper tilessheet, touched in the edges of the building and painted/flocked the base. Seen below with a couple of figures for size comparison 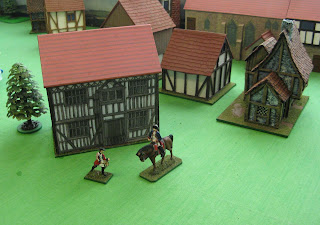