Saxe-Jarlsberg & Hesse-Limburger are small states who are allies of Monrovia. Monrovia and these two states are well known for the production of excellent cheese; the Wittenbergers often refer to them as the 'Cheesey' alliance.

Saxe-Jarlsberg & Hesse-Limburger are contracted by treaty to supply a small number of troops; but Monrovia can call on additional forces if desired (and if they are available). The Monrovian high command considers these troops as second rate and uses them mostly for garrison and supply line duties; sometimes detached companies of infantry regiments are used for cross border raids. 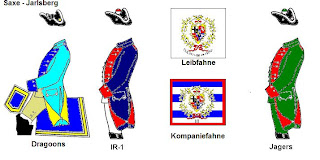 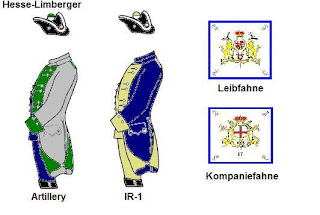 Note: The uniforms and flags are based on Reicharmee ones.