Jewel of Mahadur: the King visits the treasury

Count Herman oversaw the movement of the strongbox containing the jewel to the treasury, he then sent a servant to to find the King. 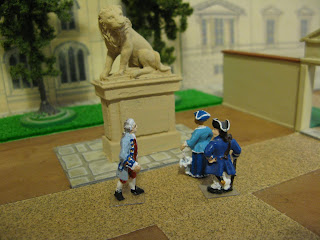 Pardon me may I get past please

He hurried on past the men at work... 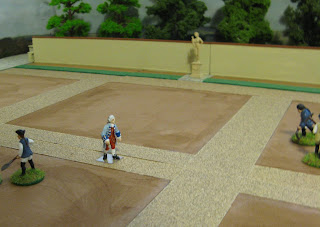 At last he reached the terrace ... 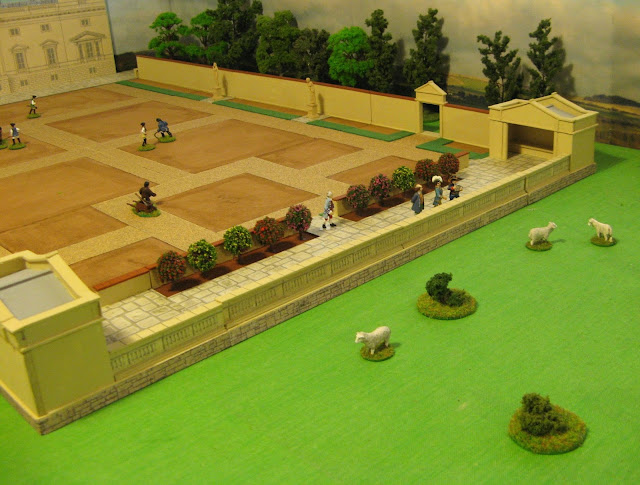 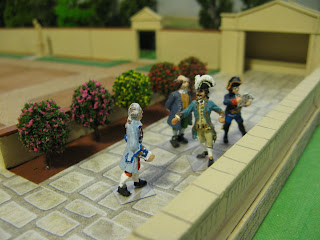 Excuse me your Majesty, the jewel has arrived, Count Herman has it secured in the treasury

Once the King had finished his inspection of the new completed works in the formal gardens he went straight to the treasury where he viewed the fabulous jewel of Mahadur - it glinted in the light and appeared to look four times it actual size. 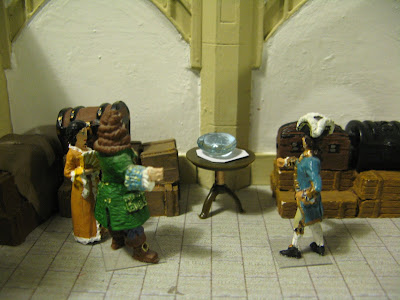 [formal palace gardens, include some recent additions: side walls, a couple of statues, and the terrace with its side pavilions]
Posted by tidders at 03:46