At a previous special meeting of the Royal Society - it had been agreed to try an experiment to see what effect Cantor's newly discovered electric fluid would have on the mummy in the palace museum.

Cantor had got his equipment ready; the mummy and its sarcophagus had been moved into a separate store room in the undercroft next to the museum. Cantor had setup his equipment and interested members of the Royal Society had come along to see what would happen. 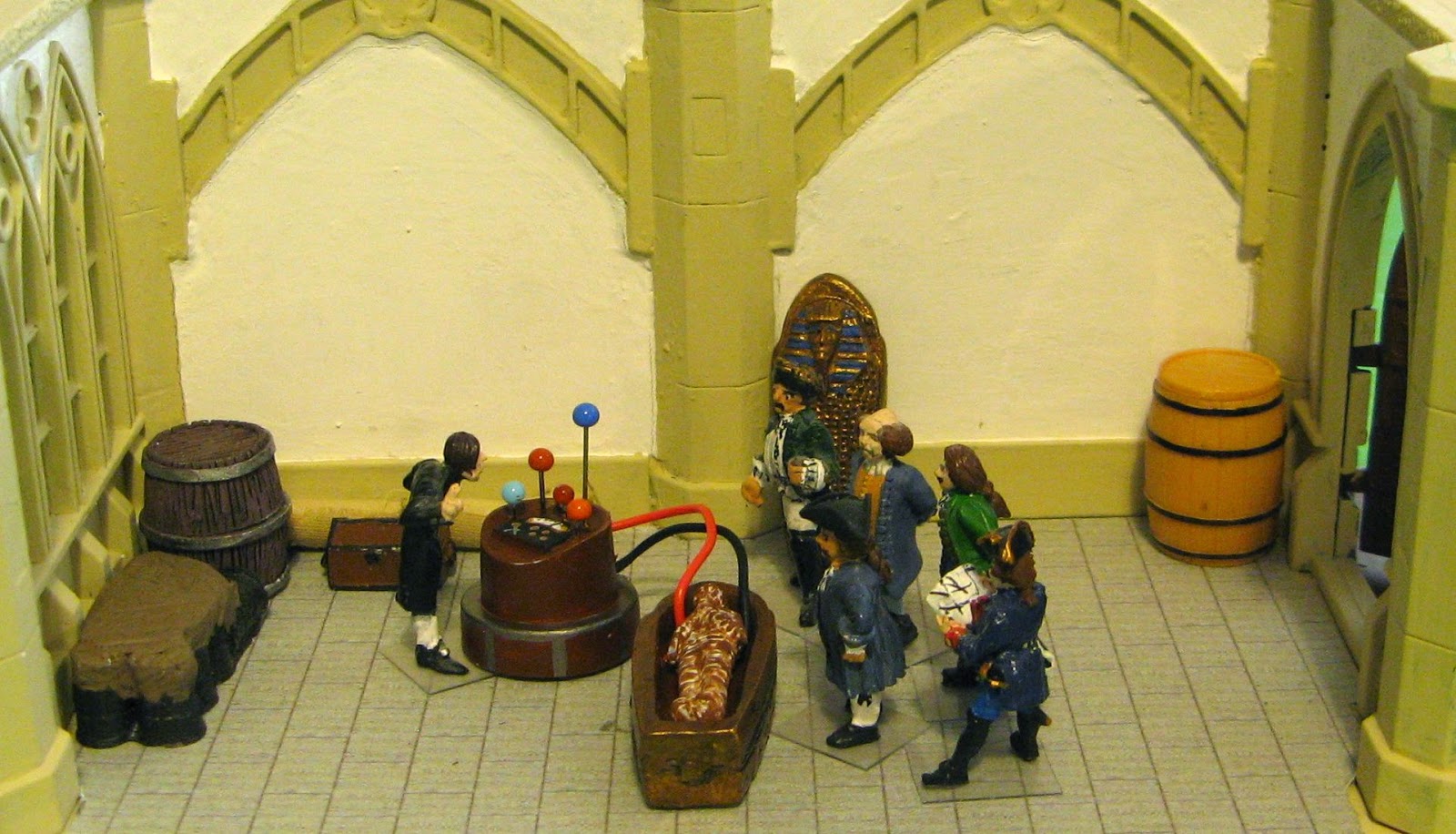 Cantor adjusted the dials on his console and the small coloured globes flickered eerily. A sort of spritely crackly sound was heard along with a low hum. They watched in vain, nothing happened the mummy remained inert and lifeless. After a short while Cantor gave up and disconnected his equipment; the Royal Society repaired to another room to continue their discussions.
Posted by tidders at 06:28